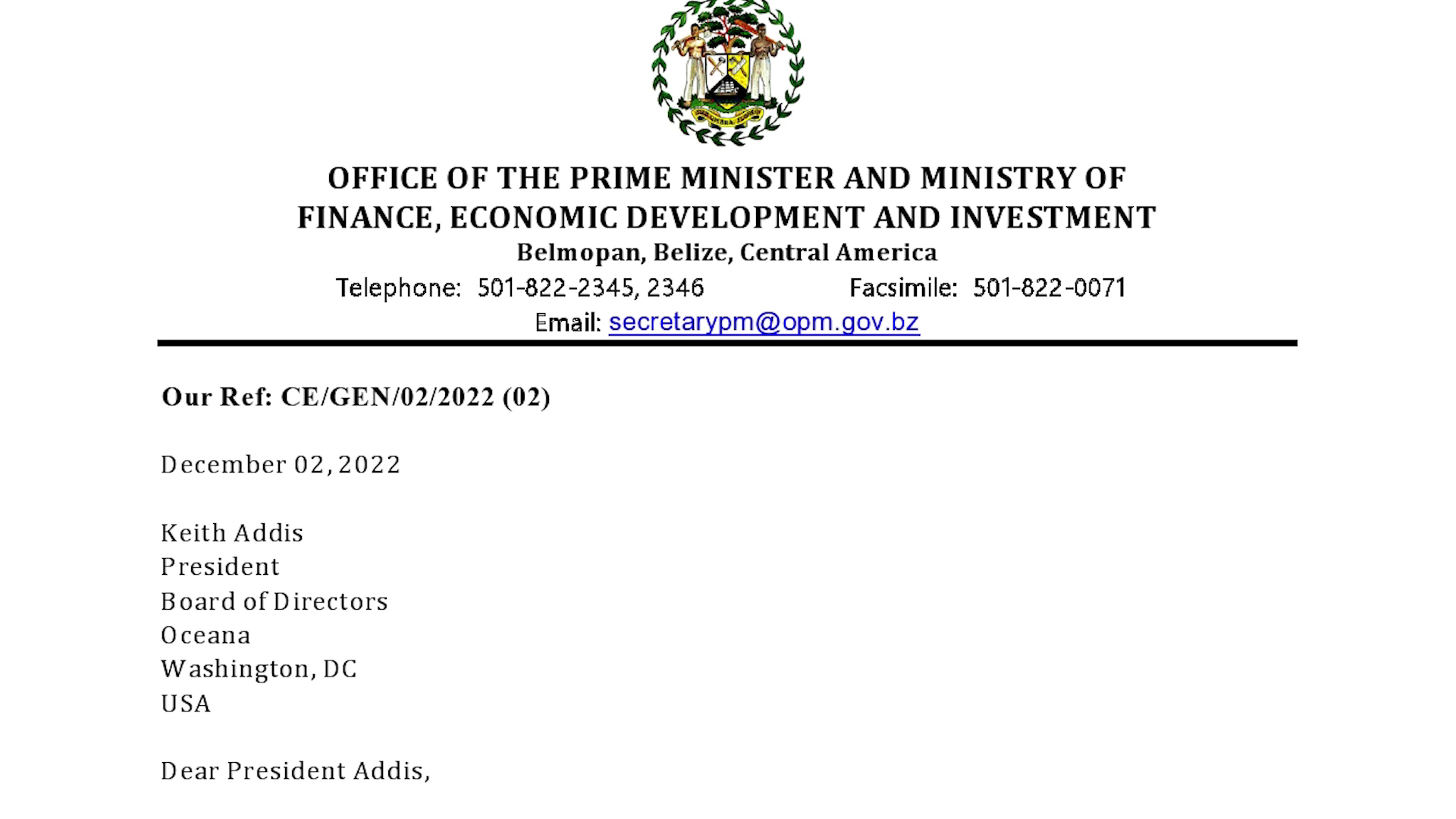 There has been much discussion lately over seismic testing. We stress that Government has not officially changed its policy on this issue and Prime Minister John Briceño has reiterated his government’s position via a letter to the President of the Board of OCEANA International Keith Addis.  In the letter dated today, the PM tells Addis quote “there is currently a prohibition on offshore petroleum operations enacted by the National Assembly in 2017, which as Leader of the Opposition, I had actively supported” adding that the Government reaffirms its support for this law which is binding upon the State. The PM also said that quote, “…my Administration has, on multiple occasions, indicated that any change to the existing prohibition on offshore petroleum operations would arise only with the support from a majority of Belizeans by way of a national referendum. I reiterate this policy stance” (Unquote.) He also said that no Ministry or Department, including the Ministries of the Blue Economy and the Natural Resources, has or proposes to authorize offshore seismic testing without alteration to the existing prohibition. Given this position as outlined by the Prime Minister in this letter, Briceño says that the referendum, which Ocean has proposed is unnecessary and instead called for both sides to quote “re-engage meaningfully and in good faith and to refocus on those many marine conservation challenges that require collaborative action now” End quote.

Teenager Dies After Being Involved in a Vehicular…