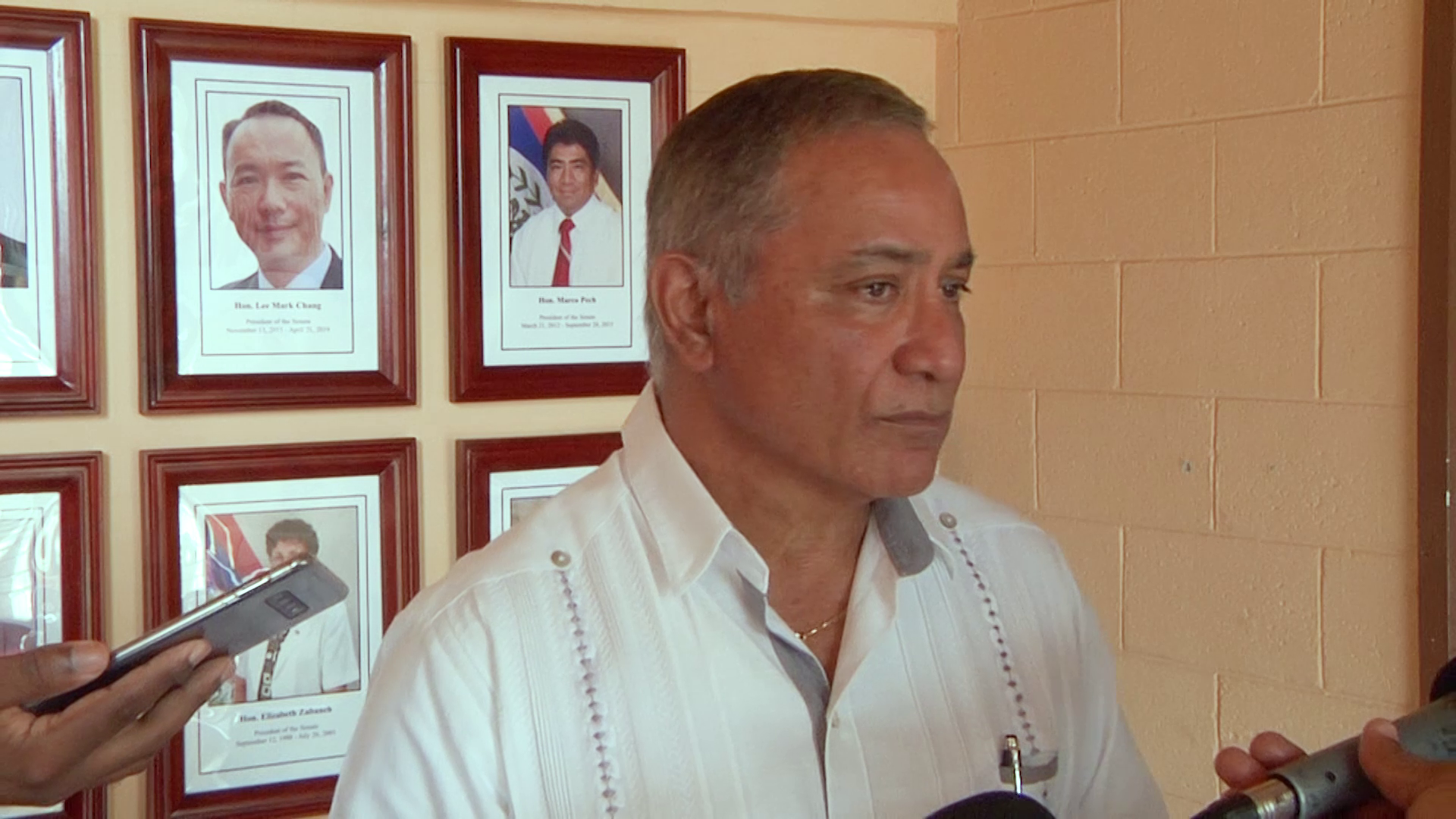 Prime Minister John Briceño also touched on the contentious topic of the newly launched Online Business Registry System. PM Briceño explains that the Government had no choice but to merge the two company registries in Belize as a requirement from members of the European Union to get a good grip on international companies and stave off corruption. But, as we have been reporting, members of the media are concerned about this new online portal because it conceals important information about private Belizean companies. PM Briceño says the merger was in no way meant to hide information from the public.

Hon. John Briceno, Prime Minister of Belize: “We have been forced to do what we’re doing right now. The OECD or the European Unions the countries from the European Union are trying to tighten up on the IBCs, International Business Companies, and so they’re telling us that if we don’t want to be black listed then we have to find a way how we can combine both registries that you cannot have one that pays a certain tax rate and then the other one that pays a different tax rate. So we figured then the best way is to be able to amalgamate both registries as one. I don’t deal with the IBCs, I don’t own and IBC and so we never thought or felt it was an issue when it comes to the issue of the registered agents that if a person is setting up his company he or she can decide whether they want to have a registered agent or not. Now if you are a citizen and you want to have your company and you want to have a registered agent or not I think that’s fine that is for you to decide whether you want or not. The issue is I believe, fundamental issue is how when you are dealing with government financing or the people’s monies or contracts. Now what we’re proposing. We’re proposing to present to Cabinet policy and law. Immediately we want to start with the policy until we change the law is to ensure that anybody that wants to do business with government, any company that wants to do business with government cannot own a company with the registered agent. We have to know who are the members of the board, who are the shareholders and who are the ultimate beneficiaries that is what you should be concerned of. If a private citizen wants to own a private company that’s their business as long as they are not dealing with any government contract.”

PM Briceño adds that business owners are also entitled to privacy to a certain extent, as long as they aren’t involved in nefarious activities.

Hon. John Briceno, Prime Minister of Belize: “Now as to the issue of wether if internationally there is a local company that has a registered agent I would have to take a look at it I don’t want to just venture to answer but I believe that there can be a court process of how to be able to get it. But I don’t think that it should be allowed just any and everybody to just go and to go into any look I mean yes you are the media, you’re right you want to be journalists but I don’t think you have the right to any and everything. I believe that people have a right to some sort of privacy that they want as long as they’re not breaking the law. If they’re breaking the law, if there is a – I’m prepared to give this because again I’m not an attorney but I’m prepared to give this that if we could find a way whereby if an international organization can come to Belize and say Company A,B,C who has a registered agent we suspect that these people are money launderers or drug traffickers or whatever it is I believe then I am prepared to be able to sit down with the people at the Companies Registries to find and see if there is a process for them to be able to access this information.”