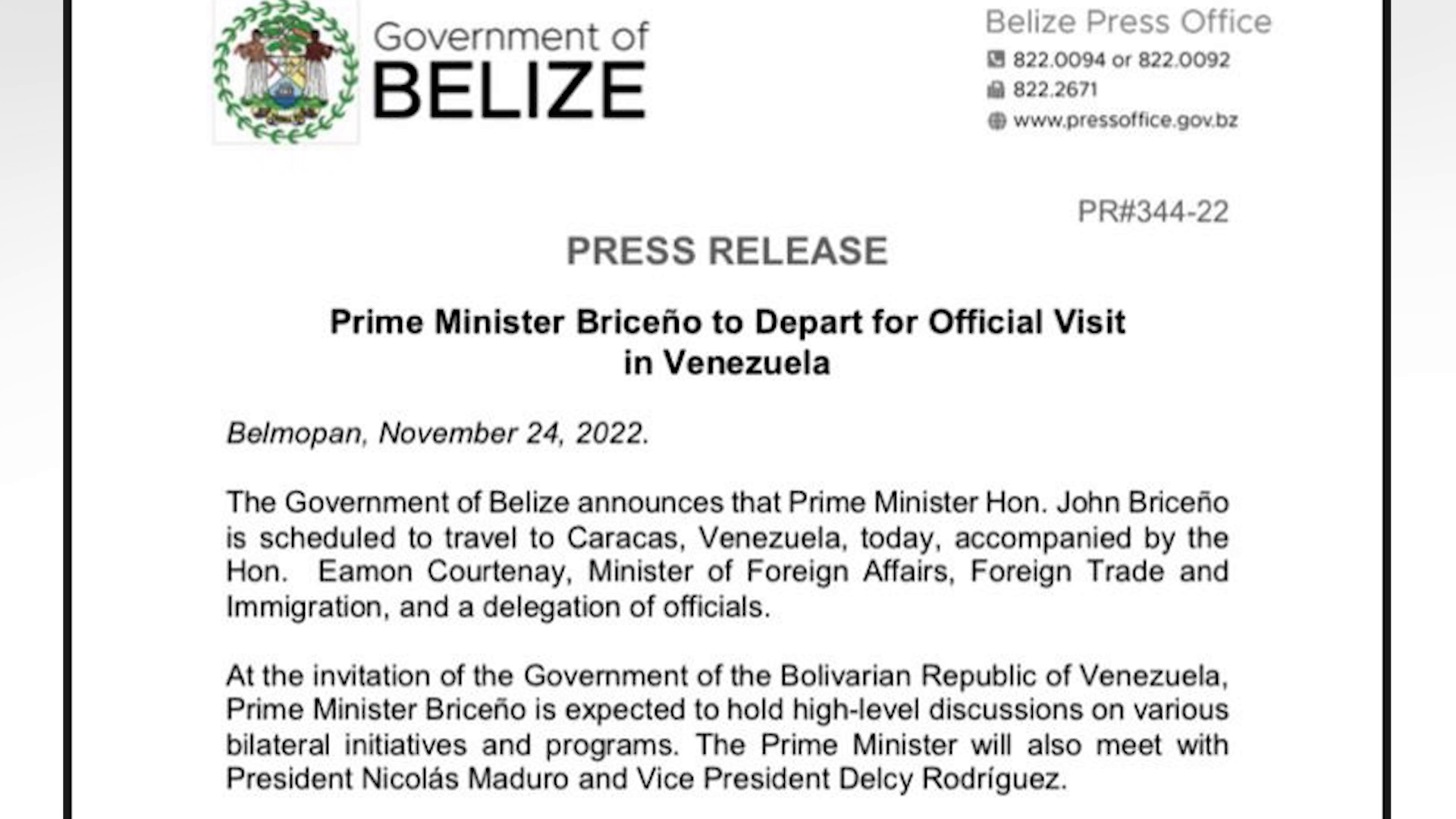 The Government of Belize announced today that Prime Minister, John Briceño, will be departing the country on an official visit to Caracas, Venezuela. A press release was issued today citing that the Prime Minister received an invitation from the Venezuelan Government to hold high-level discussions on various bilateral initiatives and programs for the mutual benefit of both nations. The PM will be meeting with President Nicolas Maduro and Vice President Delcy Rodriguez. He is accompanied by the Minister of Foreign Affairs, Foreign Trade, and Immigration along with a delegation of officials. They will return to Belize on Sunday, November 27. In his absence, Deputy Prime Minister, Cordel Hyde will act as Prime Minister.

The Mental Health Association wants GOB to do…