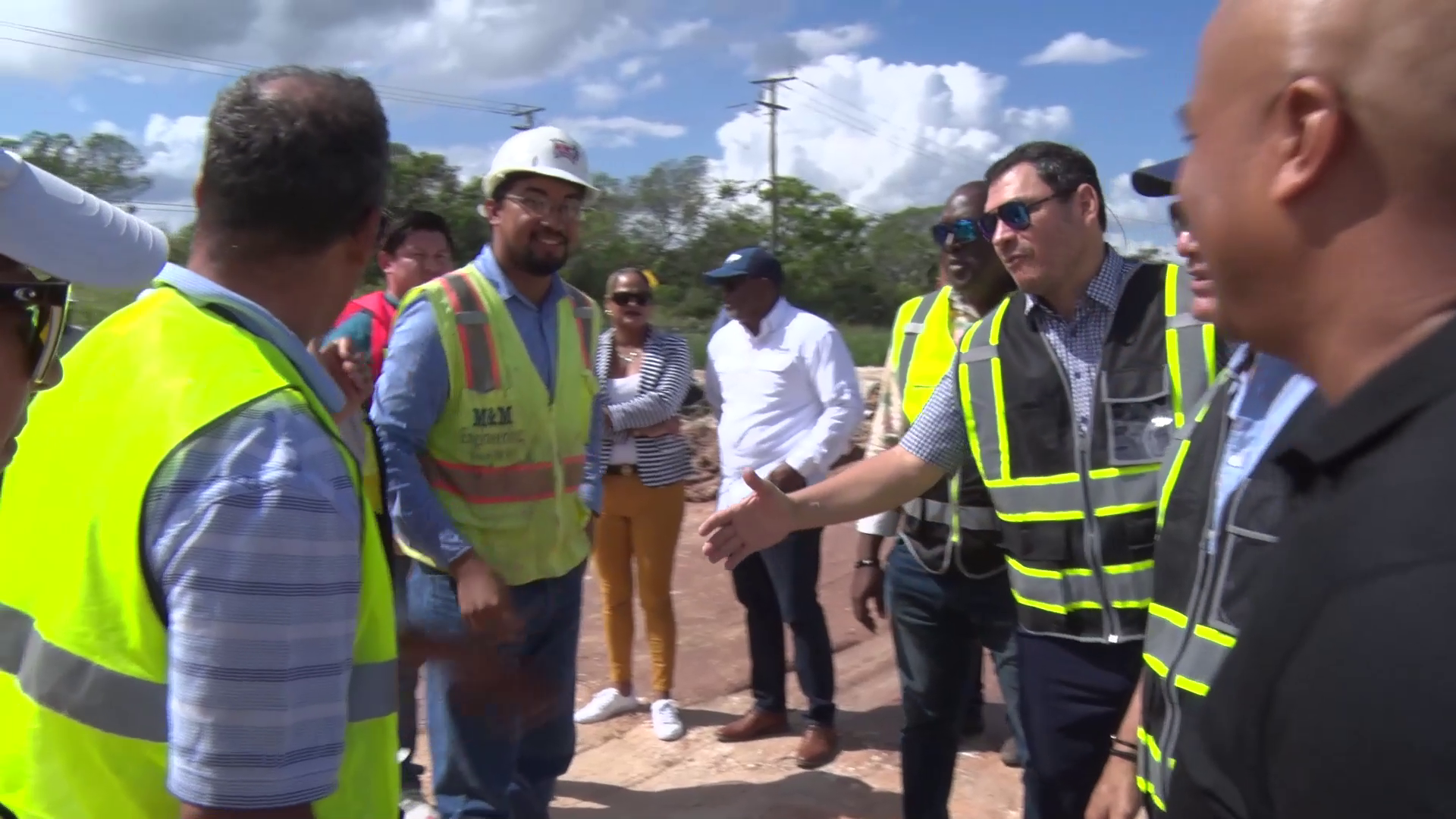 Prime Minister John Briceño spent part of last week in the Belize District, conducting site visits for ongoing infrastructure projects. He was in Crooked Tree to get updated on the roadworks happening there under the auspices of the Ministry of Infrastructure Development. He expressed optimism that not only quality work is happening in the area, but that the government is getting value for money. Hon. John Briceño, Prime Minister of Belize: “It’s so gratifying when you’re out on the field and looking at the work that we’ve been doing. Many times because of the work I do I’m locked up in an office and you don’t get the time to be able to be out. I like to be outdoors, to meet people and to talk to people and get feedback from them because that’s when you get a good understanding as to the work that you’re doing as a government. So this morning we went to the Crooked Tree roundabout and then also drove into the Crooked Tree which is one of the oldest villages in Belize and I was most impressed because what Minister Espat has been doing by carefully managing the finances for this road they’ve managed to save enough money to fix the entire road into the village. Approximately 2.4 miles a section is going to be lifted about five feet from where it is right now with fill and also it’s going to be paved. The last mile it’s not going to be paved simply because that area will be needing a lot of work and quite likely we might have to build a cause way because of how the water runs and the subsoil is very soft so that would take a little bit more studies and even looking at the connection between the Crooked Tree Lagoon and the Northern Lagoon in the Orange Walk district and they were pointing out to me that these two are connected but in some instances that the water from the Northern Lagoon flows into Crooked Tree Lagoon and creates even more flooding so they’re thinking of maybe even having to put a dam there to control the flow of the water.”

The Prime Minister also went to see Haulover Bridge and Berger Field in Belize City. He told our colleagues at the Press Office that he’s satisfied with the pace at which the projects are progressing.

Hon. John Briceño, Prime Minister of Belize: “We know that the previous government year after year was talking about building the Haulover Bridge and it was never done and even the design that was being done they were overdesigning for what we need in Belize and the previous design was costing about $60 million dollars. What Minister Espat and his team along with the engineer Mr.Moody they looked at locally and M&M engineering I met with Mr.Matus and they’re the ones that designed this bridge, they’re the ones that are building all the columns, everything, the entire bridge is built here and I find that incredible and I find that exciting , I find it amazing that we have the people that can do these things. I know that CDB was not they had grave concerns whether we can do it but as I tell everybody they’re not giving us free money we have to pay this back. Here we are the ingenuity of Minister Espat with Julius and his team and local engineers and a local company building this bridge and because of them doing that this bridge is going to cost a little over $30 million. So we’re saving the Belizean people almost $30 million dollars, almost 50% of that and I think I find that truly remarkable and more and more people should be aware of that. I walked up the ramp on the southern side and it gives you a fantastic view and it’s going to go even higher so again I’m very pleased with the work that Minister Espat is doing.”

Belize receives assistance from the Republic of Korea

Belize’s murder rate falls from the third to…