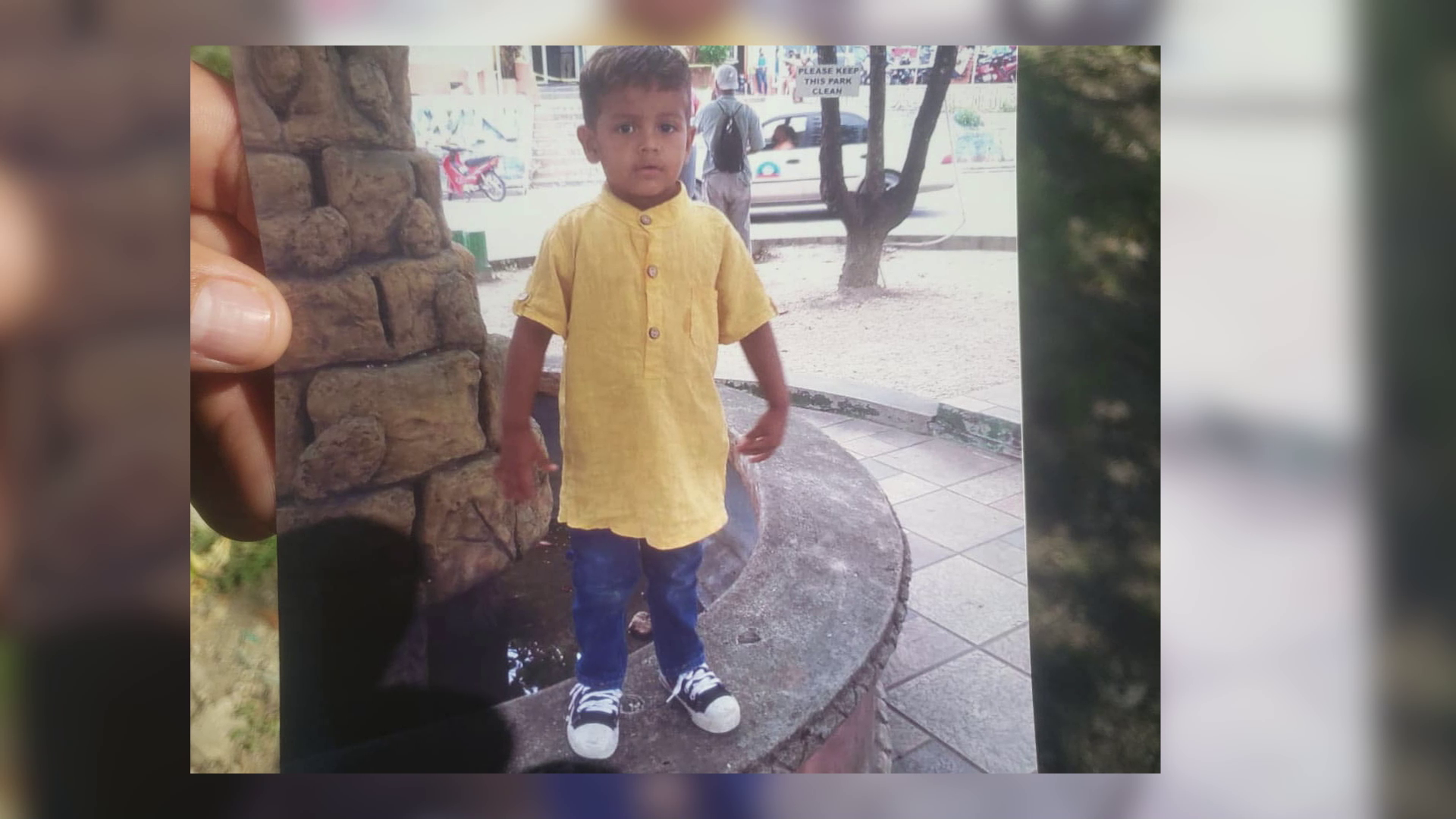 Four-year-old Jahvin Alvarez lost his life last night following a traffic accident on the Valley of Peace Road, Cayo District. The traffic incident happened before eight o’clock and when police arrived at the scene, they saw a red Toyota Pickup truck overturned in a drain. Driving the truck at the time was 43-year-old Desi Alvarez, father of Jahvin. Both were rushed to the Western Regional Hospital where Jahvin succumbed to head and body injuries. With the help of Correspondent Fem Cruz, Vejea Alvarez reports.

Vejea Alvarez, Love News: Tonight, four-year-old Javin Alvarez is dead and his father is detained by police and facing possible criminal charges following a road traffic accident in Valley of Peace Village. Around, 7:30 last night Javin and his dad, 43-year-old Desi Alvarez, left their home and went to drop off one of Alvarez’s friends at West Star gas station. But that short drive changed the pair’s lives forever. Alvarez lost control of the red Toyota pickup truck he was driving near the Agripino Cawich Bridge and overturned in a ditch. Javin’s brother-in-law, Freddy Marin, says that Alvarez was blinded by the lights of a vehicle coming in the opposite direction and crashed shortly after. Freddy Marin, Brother-in-Law of Deceased: “The baby was here with them and you know he loves his father you know he was taking the ride with his father and they went over there to Westar and left the guy. After they left the guy they were coming back and before they got to the bridge there was a truck coming from the bridge towards Weststar too and he put the high beam and they say that at that time that is when he got blinded and he lost control of the vehicle. That’s what I know and then he came off the road and you know that the sad part was that he overturned on the side where the baby was and that’s where he got injured.”

Vejea Alvarez, Love News: A resident of the area, who heard the loud bang and rushed out moments after, described the tragic moment little Javin was pulled from inside the mangled mess.

Resident: “I hurried to try to help the man and then I saw he opened the door of the Toyota truck and he brought out the baby but the baby had a lot of blood on his face and his nose and his mouth. A white truck from Valley of Peace tried to help them and took them to the hospital last night.”

Vejea Alvarez, Love News: The preschool student was rushed to the Western Regional Hospital where he unfortunately died while undergoing treatment just before 8 o’clock. Marin says Javin’s demise has left the family grappling with sorrow. And, all they have now are the fond memories they created with him.

Freddy Marin, Brother-in-Law of Deceased: “He just started preschool. He was so happy doing very well. Every day he was here with his mother showing him what he did every day at school and it’s very hard. It’s very hard for them this is a big loss. It’s a young little boy four years old that had all his life to live. It’s very sad to hear about this. Every time he as going out even to the farm to work he was always crying to go with him and stay with him, his father loved the baby too he was always with him and what happened was a sad afternoon. He went with him and that was his last day.”

This is Dr Kenton Hernandez’s Defence