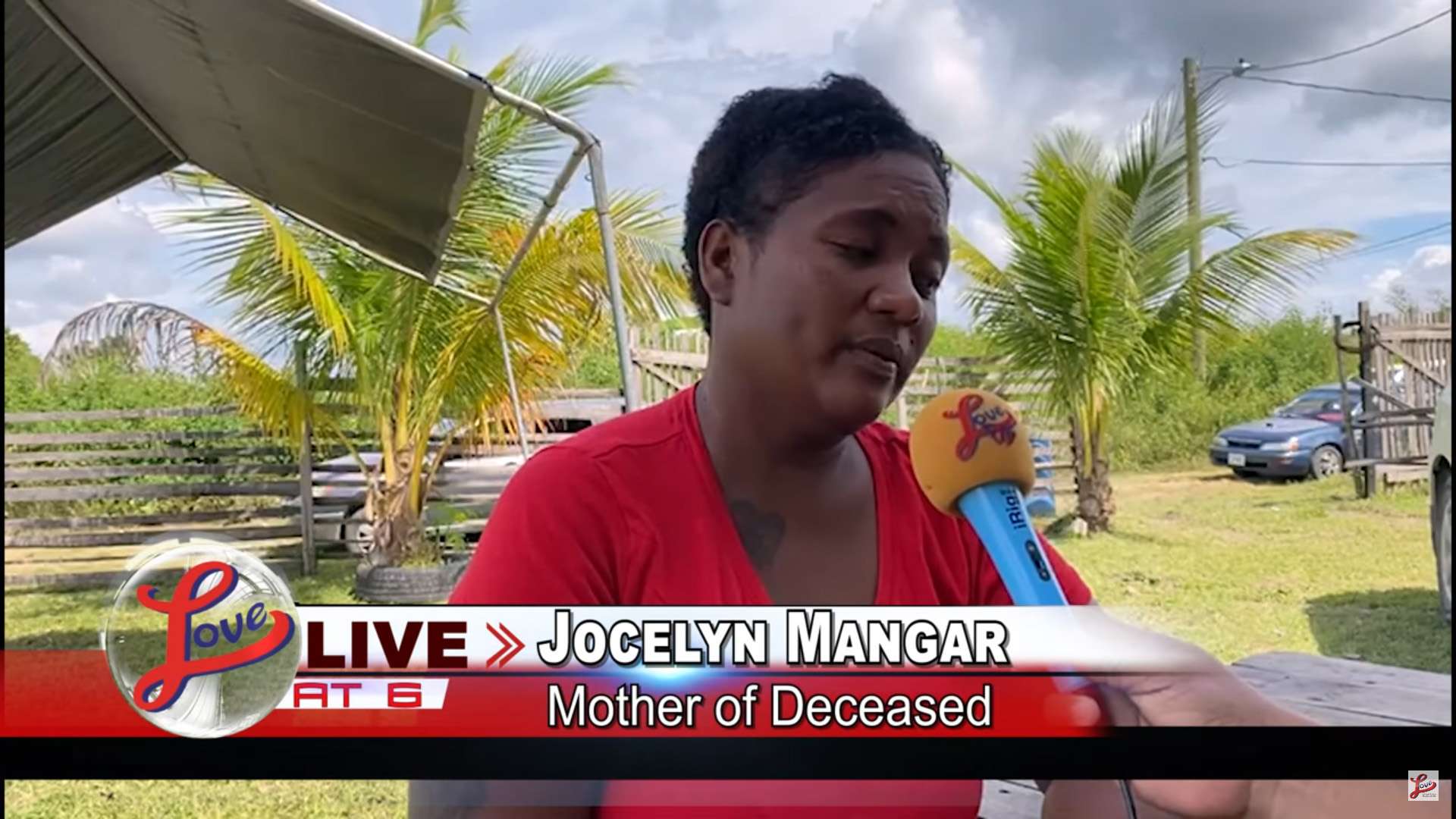 The family of 4-year-old Zayden Villanueva is mourning his death. The preschool student of Georgeville Village died in a traffic incident yesterday on the George Price Highway. He and his brother were being taken to school by a neighbour when something went wrong and the car crashed into a drain. With the help of Eliu Yacab, Hipolito Novelo has the following story.

Four year-old pre-school student Zayden Villanueva perished in a tragic traffic incident yesterday morning on the George Price Highway. The boy along with his six-year-old brother left home in the company of their neighbor Erika Trapp. Trapp was doing the family a favor, taking the boys to school- but something happened in Georgeville Village that caused Trapp to lose control. The vehicle careened off the highway, crashing into the drain. Minutes after, the boys’ father ran to Jocelyn Mangar, their mother – looking for them.

Jocelyn Manger, Mother of Deceased: “Yesterday was just a normal school day and my two babies were ready for school. Randy and Zayden, Zayden is the four year old that passed away he was in preschool. My son or my daughter in law usually take him to school but he doesn’t like to walk so my daughter in law asked the neighbor if they could have dropped him for me and she took the kids across and they left. Like five or ten minute within they left my husband came back and he asked me where the kids are. I told him they already went to school. So he asked me with who ? I told him with Erica the neighbor. He said but Erica’s vehicle is in the drain out there so I said well I don’t know let’s go see what happened.”

And what happened is a parent’s worst nightmare. Her son- dead and the other rushed to the San Ignacio Community Hospital.

Jocelyn Manger, Mother of Deceased: “By the time we reached out there they had already taken all of them to the hospital and the vehicle was in the drain broken up. From I saw it I started to cry because I know somebody died but I didn’t know it was my baby. So we went to the hospital and when I reached I only saw Erica and her kids and my next six year old and all I heard a lady say in the room “Where is the mother for the baby that died.” and when I heard that I just turned back because I couldn’t go see my baby. So I just told his father to go in there to see and make him take out Zayden but Zayden had already died.”

At the scene, first responders sprang into action- quickly extracting the passengers from the wreck. Chairman David McDougal says he heard the moment the car crashed.

David McDougal, Chairman, Georgeville Village: “While inside my house I heard a bang outside and I came out to check and saw a white vehicle in the ditch and upon my arrival there I saw some kids on the ground bleeding and also the driver of the vehicle who was a female bleeding from her head. The people passing in a Ranger Pickup from Jaguar Mountain stopped and rendered assistance to the kids and to the driver of the vehicle and shortly after they put them in the vehicle and took them to the San Ignacio Hospital where we received information shortly after that one of the kids passed away.”

And for this grieving mother, the question wants answered- how it happened.

Jane Martinez, St. Hilda’s Anglican School: “This year for the first time we opened our preschool doors and Zayden Villanueva was one of our students. He came on the first day all excited. His teacher had a selfie frame made “My first day of preschool” and he and his brother Randy they took their picture. I believe they were the first students who took their picture with the selfie frame. I recall Zayden was a very jovial little boy and when I say jovial I mean the teacher had to be calling his name several times for the day but he made the class happy. He made an impact on all of us whenever I visited the class he was there and he would come and hug. The day that the accident happened he was all excited he was bringing his project to school because he was supposed to participate in our inaugural ceremony for today. He will always be remembered a a very happy little boy, fun loving, kind, and we will all remember him fondly.”

Gardenia Teenager Remains Hospitalized After Being Knocked Down…