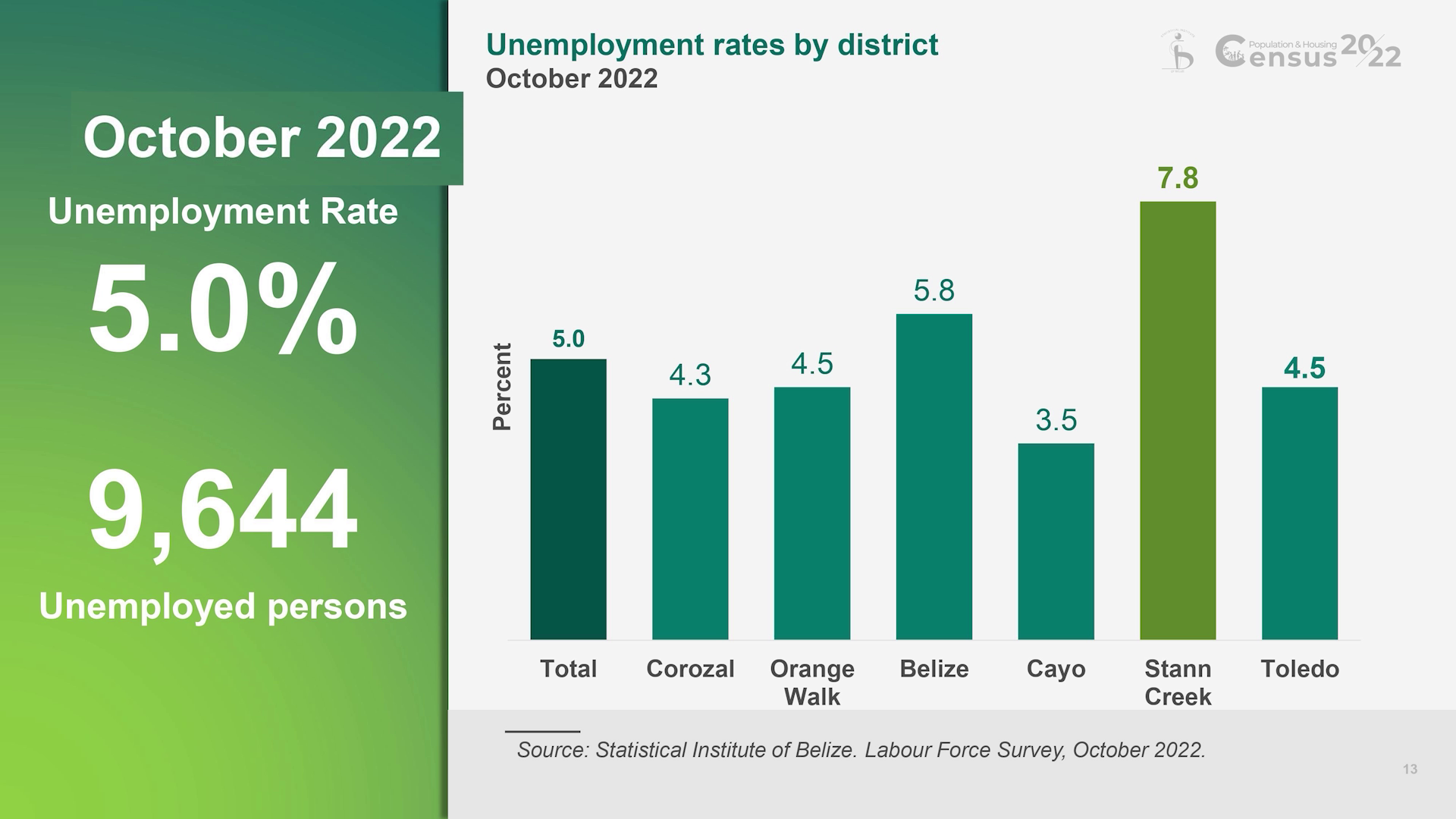 The Chairman of the People’s United Party, Minister Henry Charles Usher, says that last year’s decrease in the rate of unemployment is a result of Plan Belize. On Wednesday, the Statistical Institute of Belize announced that, according to the October Labour Force Survey, unemployment is at five percent. The percentage is the lowest level of unemployment that the country has seen to date, and Usher attributes the decrease to the work of his party. However, he says that there is still much to be done to increase the number of women in the workforce and lessen the number of persons that are not actively seeking employment.