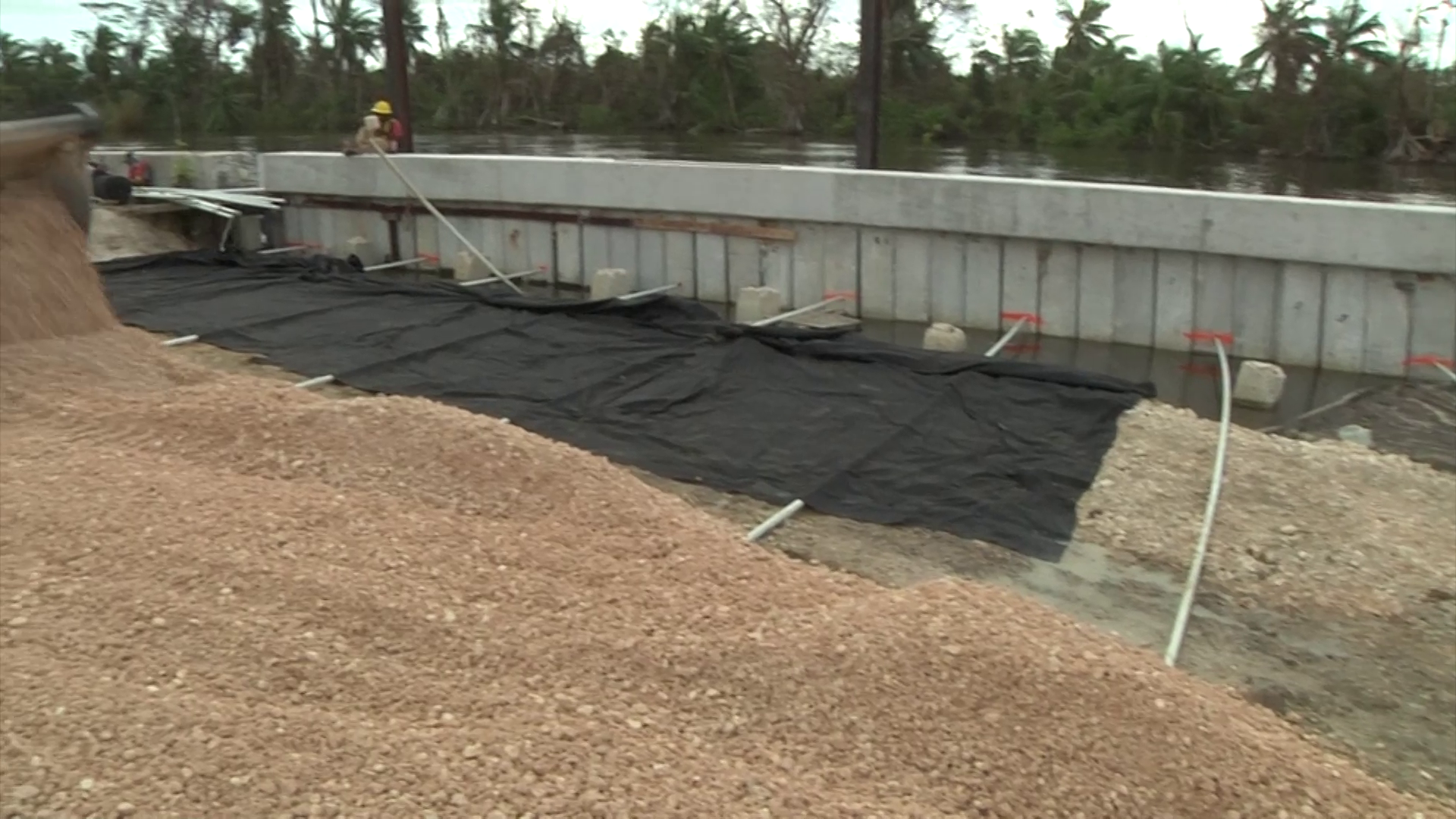 Road works continue near mile 7 on the Philip Goldson Highway

Motorists travelling on the Philip Goldson Highway are advised to exercise caution near mile 7 due to ongoing road works. The Ministry of Infrastructure Development and Housing (MIDH) continues to repair portions of the highway’s retaining wall structure that was compromised last year. As a result of the repairs, over the next five days, the portion of the road will be reduced to one lane use. The Engineering Coordinator at MIDH, Evondale Moody explained that the move, which may be an inconvenience for residents, is necessary to ensure the road works are completed safely.

Evondale Moody, Engineering Coordinator, MIHD: “We’re aware that we had creating some traffic backlog in respect to the works that we are doing at Mile 7 on the Philip Goldson Highway with respect to the revetment works and so it was deemed necessary for us to put out a press release earlier this morning to inform motorists of the works that are currently ongoing and the reason why we have reduced the roadway width to one lane. This is in respect to the tieback rods that we’re installing from the pile revetment itself to the dead man that we have on the opposite side of the highway. This is for us to provide additional lateral support with respect to the revetment so that we could have additional support from the horizontal dead man that we have on the opposite side of the highway. This has reduced the traffic lane width to a single lane primarily based on the fact that we have to install these rods across the entire carriage way width and because the rods are steel rods with one standard length we had to ensure that we could install these rods simultaneously as we go along. These rods are basically located at 2.2 meters apart and over a hundred meters section of road that we have to install these rods. We have about 90 rods that we need to put it and so we’re trying to do them in a systematical manner. Up to yesterday we’ve completed about 25-30% of the installation of those rods and so we have indicated in the press release that we will take another four days for us to finish that which we expect to be completed by this coming Friday. With that said as we move along we’re continuing to do the backfill of the highway and that area that had collapsed in respect to reinstatement of the road itself and then thereafter we will proceed with the pavement and complete reinstatement of the road surface.”

Moody further explained that the ministry made structural changes to the compromised portion of the road to ensure it isn’t washed away again.

Evondale Moody, Engineering Coordinator, MIHD: “We’ve made significant changes to the existing sheet pile that was there. If you could recall it was a pvc sheet pile that was there before and that was the section that had collapsed. There is still another section that remains after that section but so far that area seems to be intact. What we’ve done differently with this section is we have used reinforced concrete sheet piles instead of the pvc ones and these piles were ten meters in length and those were driven to refusal and so we have at least three to four meters that have been embedded into dense material and on top of that we have a capping beam that we have installed to tie the piles together and additional to that is the horizontal tie box that we’re putting in to add an additional force that would restrict those piles from heeling over into the river. So they have been embedded as well into the ground formation and we have that horizontal tie back as an additional support so we don’t believe we’ll have any issue with that going forward. What is important for us to make note to the general public with respect to the works at the revetment is that we would really like the public’s cooperation with respect to the traffic movement. I know we have a lot of motorists that really just want to get through to get home, to get to work but we just ask that they bear with us going through that section because we had to reduce the carriageway width so that we could work within that area and so we would definitely appreciate the support of the public as they traverse through that area.”

The ministry also advises residents to consider an alternative route via the John Smith Road to the George Price Highway.

BSCFA Says They Are Losing from the BSI’s…