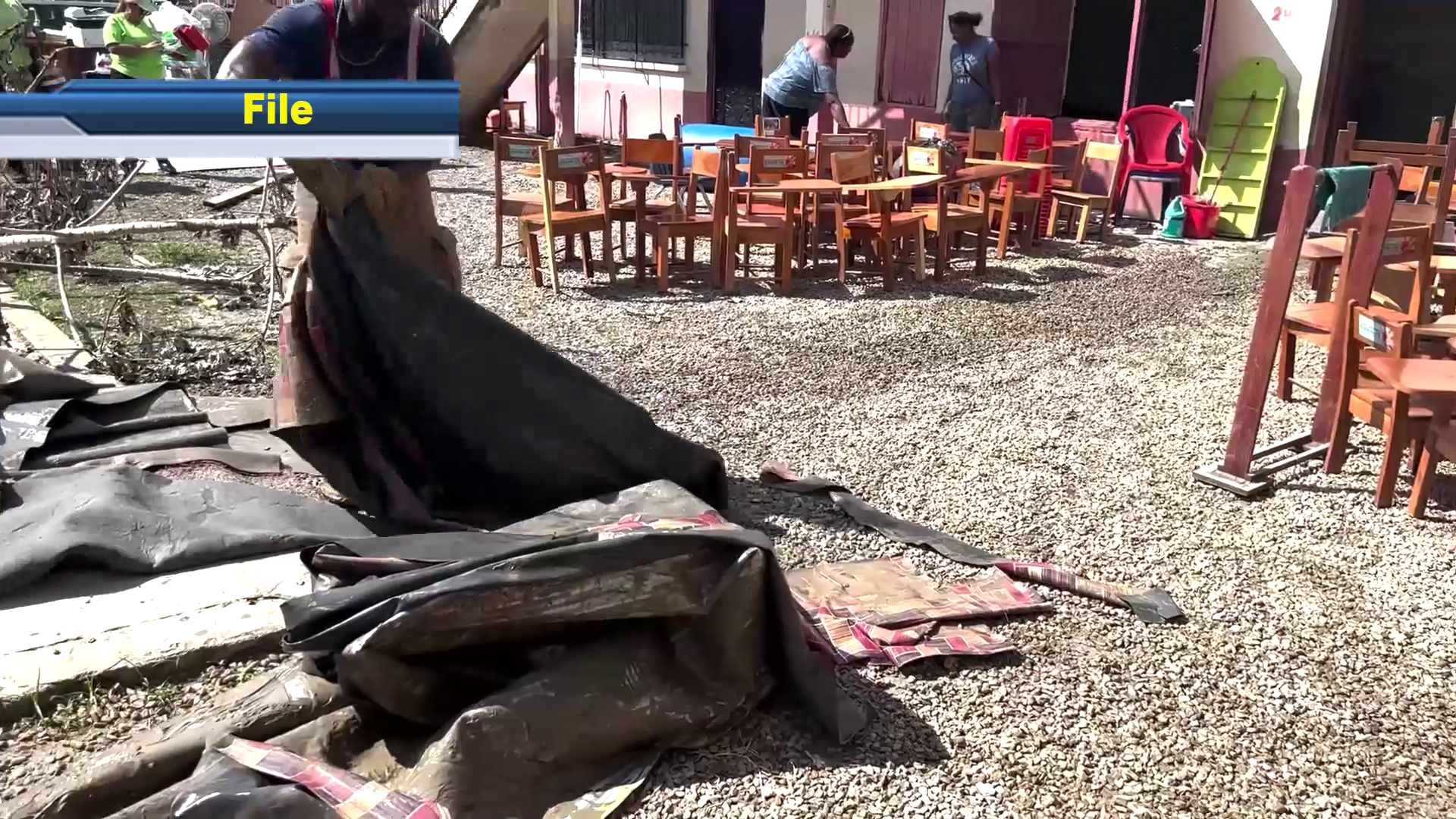 Another challenge facing the school system at this time is the recovery efforts following Hurricane Lisa’s passage in early November. More than 70 schools, primarily in the central region, were impacted by the wind and rain. We asked CEO Dian Maheia from the Ministry of Education for an update on how efforts to rebuild and recover are going. Dian Castillo Maheia, CEO, Ministry of Education, Culture and Science: “We have seventy seven schools across the country that reported damage from Hurricane Lisa. Different degrees of damage. The general estimate for those damages, the financial estimate was some three million dollars in total. What we’ve seen so far is general in some schools what we saw is immediate community support. We saw people working together, the bulk of what needed to be done was cleaning. We all know this, we lived through it right ? And so in a lot of places that general cleaning has taken place and so school is back in session and everything. What we see are still watermarks, we still see ceilings where there’s been evidence of leakage but the school hasn’t been able to restore so we have that level of kind of return to normalcy. We have some situations like for example with Belize Rural Primary School where their roof was a complete loss and we’ve done the estimates, we have to do a complete repair and we’ve seen the initial estimate has tripled. What we thought it would be to what it’s actually going to cost so we’re working toward that. The Ministry is doing its best to support where it can. We have seen already donations and support from different organizations in some cases financial support and in some cases material support. So actually this week coming because we’re moving into the Christmas break we’re gonna be doing some outreach to touch base again with the schools and find out where are you, what do you need ? I visited a school a few days ago where there’s labor, there are parents who are willing to help what they need are materials so then we’re gonna try to see if we can support them with materials. So it’s really an ongoing effort. We got some donations of supplies and then the Ministry had some supplies so actually again this week we’re gonna be visiting schools and giving some cleaning supplies, some classroom decorating supplies, Naia was really generous guests of Naia brought school supplies and so we’re gonna be handing those over to schools. Central Bank is giving us filing cabinets so we have some work to do ahead this week.”

Ministry of Ed. continues to move towards competency-based…