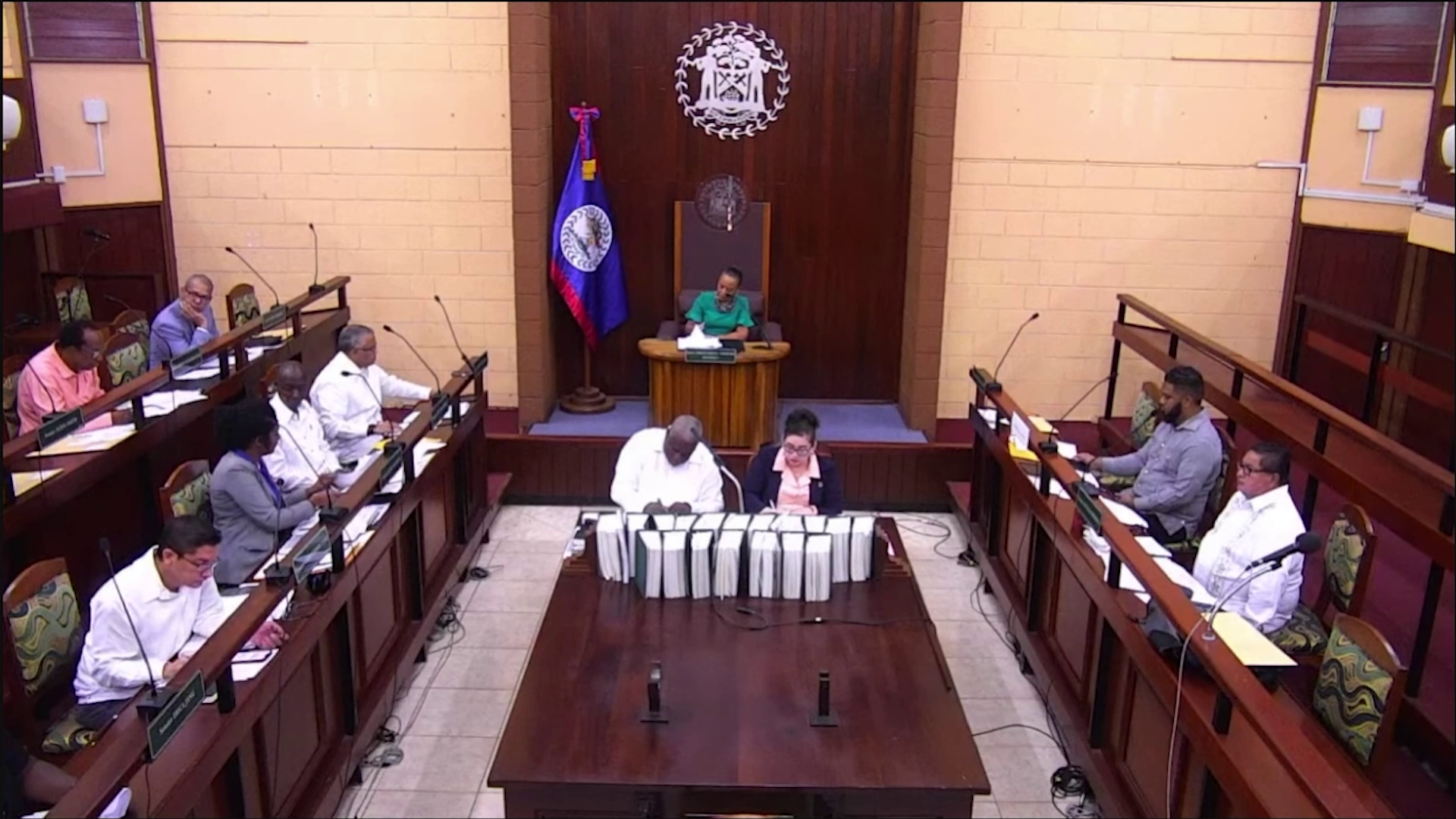 Senators debated the General Revenue Supplementary Appropriation Bill Number 4 Bill. It was tabled in the House of Representatives on Monday and it’s for money to be used for the public service including hurricane relief. In presenting the motion, Leader of Government Business, Senator Eamon Courtenay said there was a session for members to get additional information and a very small number of legislators attended. Senator Collet Montejo also criticised the UDP for their stance on the motion. Eamon Courtenay, Leader of Government Business: “The bill provides for an appropriation of an additional $13 million dollars under the recurrent expenditure an additional $42.8 million under CAP II and a total of $14.8 million under CAP III for a total of $70.5 million dollars. Madam president the details are available to Senators and as the Senators would know Senator Coye called a meeting to answer any questions on Monday of this week only two Senators attended.” Collet Montejo, Senator, PUP: “I am certain that as a former finance officer she should have gone through the supplemental line item by line item and would have arrived at the figure that I arrived at but she was way off. Of this budget $17,789,734 is allocated to Hurricane Relief which is 25.2% of the 70.5 and had my dear Senator taken the time to attend the meeting that was held on Monday that $4 million for health would have been clearly explained that it is going directly to the Karl Heusner Memorial Hospital. If you go through this budget Madam President line item by line item I often stress that we come here and we speak about the government when in fact these monies are allocated for the use of the public service of which all of us are the government. When vehicles are bought it’s not for ministers it’s for the public servants to be able to get their job done so that’s the problem ?”

Senator Beverly Williams chided the Government for passing yet another supplementary bill, suggesting the administration had only secured a small part of this funding for actual hurricane relief. Business Senator Kevin Herrera also made the point that Government ought to focus on making more accurate financial forecasts. Beverly Williams, Senator, UDP: “It’s a total of eight supplementals over the last two years. It seems to me Madam President that the Government of Belize has changed it’s approach to budgeting. Or was it just a dressed up budget of $1.4 million dollars for a nice IMF report in April of 2022 ? All the nice things that you say all day, the indicators that are pretty that the IMF love to hear; “debt reduction.”, “primary surplus” etc etc. But Madam President there was almost $2 million that was not considered in that IMF report. Let us see what the other report will bring. Madam President a budget is a forecast of revenue and expenditure generally for a one year period.  A supplemental budget is one for urgent or unforeseen matters and something unforeseen did happen Hurricane Lisa. I am certain it’s not only me that is surprised. The Belizean people I’m sure were expected a supplemental for hurricane relief. $66.5 million dollars and a mere 16% of the funds has to do remotely with Hurricane Lisa.” Kevin Herrera, Senator, Business Community: “When we look at $242 million dollars for supplementary bills over the course of a year you know it begs the question of whether or not we could perhaps go through that budgeting process a little more tactical, a little more surgical and perhaps be a little better with respect to how we’re estimating the numbers. Coming back to what Senator Chanona mentioned I think that she’s right you know ? Those types of sentiments were expressed in the JPAC that you know in trying to balance numbers and so if we need to scale down and come up with a 5% savings then that is what is done in a particular department or ministry and so I’m saying that that type of approach probably does not lend itself to the principle of a budget being realistic.”