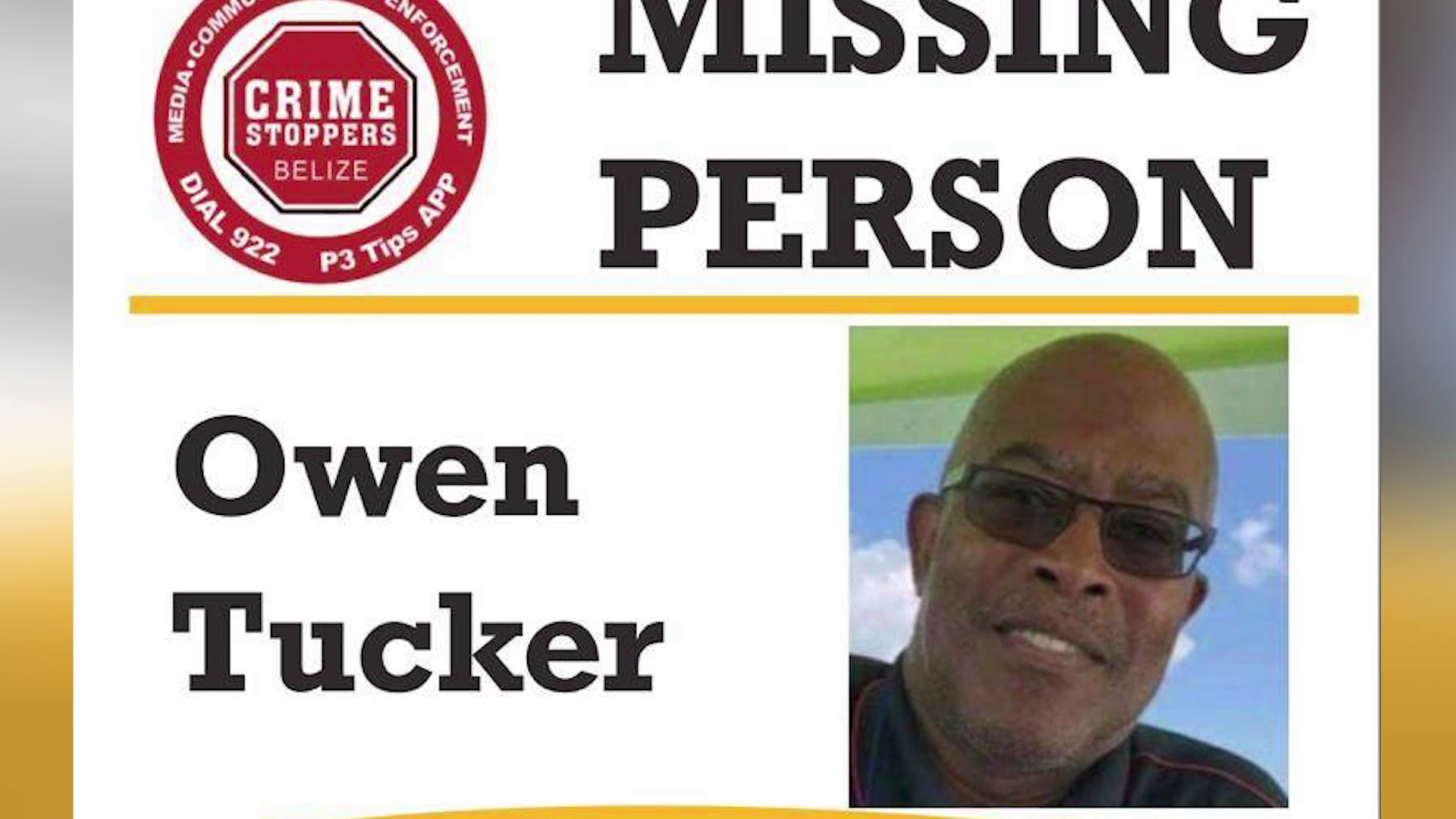 Senior citizen goes missing; police detain one of his employees

A senior citizen from Rural Belize has mysteriously vanished and in the wake of his disappearance, the police have detained one of his employees. 66-year-old Owen Tucker was last seen on Tuesday, November 22, at a property he recently purchased in Biscayne Village. Since then, his relatives, friends, and employees have not seen or heard from him. According to Bernadine Reid, one of Tucker’s employees, the businessman was developing the property into an eco-park and resort and recently hired several persons. She says that this morning during a search in the area the police arrested Tucker’s driver. Bernadine Reid, Employee of Missing Man: “To my surprise when I got up here all I found was the police. I thought that maybe the villagers would have come out and maybe helped us or other people and then maybe about an hour or two after Wayne’s family came up. He has a sister-in-law, his nieces, his nephews and they came up in a separate vehicle and just before them another set of police came up as well so we probably earlier this morning had maybe about 8 or so police, two different sets and then afterwards CIB which they are the persons handling this investigation so we basically just searched around the premises as far as I know and the police officers they came and they brought a drone so the officer in charge went with the other officer with the drone just both of them and they went to the back and then they started doing their own thing and using the drone. So up here we also had me and my daughter, and Mr. ________ was here, his girlfriend as well and they came out with one of the villagers to start looking alongside the road. So I came out because they came out before me. So afterwards I came out and when I came out I met them across the road that’s when I spoke to you I was waiting on you and so when I came out we were sitting there on the officers who were using the drone and came out they came straight out. We were sitting there Mr._______ was there as well. So they came and they called Mr._________ which both of us walked across the street and they told him that he was under arrest. That he should contact his attorney and they took him away. As far as I’m concerned with everything that has been going on and _________ was his driver as well and I know that ___________ took him where he wanted and like I said yesterday they did have a falling out over the weekend which Mr Wayne said I ______ with them on Tuesday yet he called him to come and take care of the guys who were up here. So what the police has found to be honest I don’t know. “

Reid says that so far the search for Tucker has rendered fruitless and she is now fearing the worse. According to her, foul play may be behind Tucker’s disappearance.

Bernadine Reid, Employee of Missing Man: “I am the person who first came on the scene. I am the one who took it on me on Wednesday when I saw he wasn’t answering because I know him that well and know that this is not something that he does then I made the first report because I wanted to come here up here back. After that Mr_______ contacted me the Wednesday night when he came back from Chetumal because he went to Chetumall to do some of his own stuff that’s when I told him you know what Owen is missing and then he says “what?” And I said yes he’s missing. So on the Thursday he went into CIB and he gave his own report I guess and they went through his phone whatever, saw whatever text exchange between both of them and I don’t know what aspired from then. Since then Mr. _______ has been up here with us trying to locate and find Mr Owen. Honestly I don’t even know what to say. We haven’t found anything. Not his phone, not his body, not even a shirt, nothing to say. I went to Wesley College this morning and I spoke to Mr Kellyman because he’s also sponsoring a child that he loves science so he’s sponsoring a student from the school who I think the grades are high with science or whatever and I was told that he was there the morning and the same clothes he went there Tuesday –Mr.Kellyman told me this morning that he was there at nine o’clock and probably left around ten o’clock. So if you put the time together when Mr. Rueben said he saw him up here like after twelve the time does correspond because he left from there walking, he took the bus up here and then got a ride back to where he paid Mr. Rueben came out back. I came up in the afternoon with Mr.Ramclam and since we were calling him from Belize city, he never did answer the phone. Up to now the phone has not been answered so we haven’t found any body, anything, nobody is saying if they had saw him and I know that somebody must have saw him come through the road. If he walked through the road you will tell me people live through here we were coming out I saw two students coming home, I saw a lady and her two kids coming out, I saw somebody at the house so you are telling me that somebody is walking here and people know him here and nobody saw?”

If you have any information that may assist in locating Tucker you are asked to call the police or visit the nearest police station.///