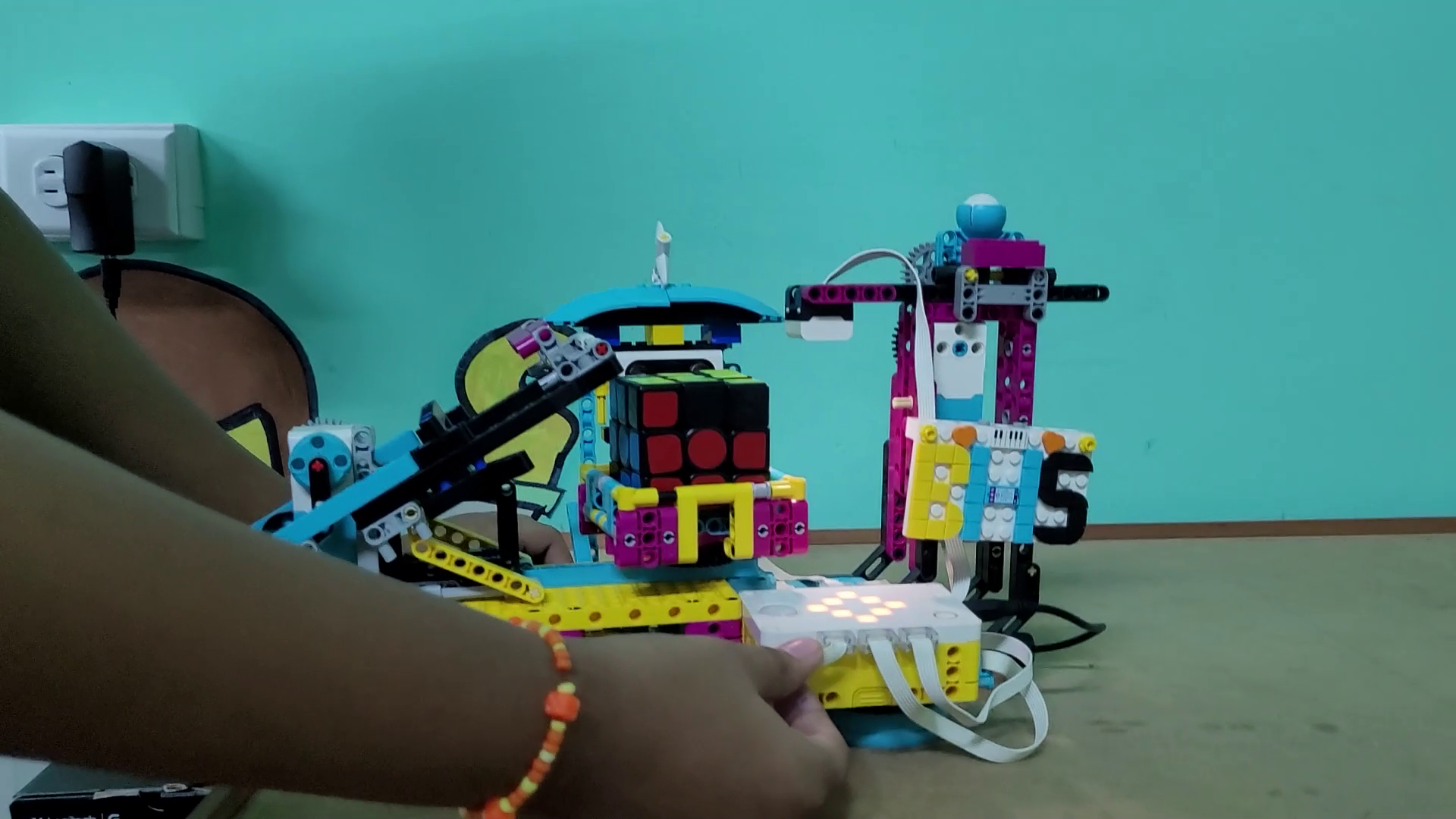 Team Belize get accolades for robotics and STEM challenges abroad

The students at Belize High School are making a big splash in international competitions. The team, which brought the country glory last year, is getting reading for another contest. At the same time, the school’s coding team brought home gold after competing in the Caribbean. Dale McDougall visited the campus today and spoke to some of the students. Here’s the story.

Dale McDougall, Love News: Solving some of the greatest challenges of our time… that’s what these innovators and future problem solvers at Belize High School are doing. From robotics to coding, students are getting actively involved in making Belize – and the world — better. Jaden Chen is the captain for Belize, as they prep for another international robotics challenge. Jaden Chen – Captain, Team Belize, RoboCo Challenge: “Right now we have RoboCo. I’m the captain of RoboCo and then we also have another competition which is FRC which is First Robotics Competition and I’m also the captain of that as well. And my experience so far is I mean I guess from where I started like first it really advanced all the way up to now because first I was just learning about programming lego robots just with small motors, from First Global I got a lot more experience learing how to program and dealing wit more advanced parts.”

Dale McDougall, Love News:  Chen leads a group, which includes Benny He, Tristian Bradley, Melissa Choi, Justin Zhou, Alexander Usher, Victoria Quan, and Karii Domingo. Domingo’s abilities in a word: powerful. She not only created this robot, Prime Cuber, but she herself can solve a Rubik’s cube in under sixty seconds. Karii Domingo – Member, Team Belize, RoboCo Challenge: “What it does here is right there the color sensor scans the colors on every single tile here and once it finishes scanning it sends it to here the motherboard and as you’ll see right now it uses this motor to turn and twist the cube itself so that by only using the bottom layer it can solve the entire cube.”

Dale McDougall, Love News:  And throughout the creative process, the mentors offer their guidance and support. Godfrey Sosa is the Director of IT at Belize High School and Belize Elementary School and he offered insights into the painstaking process of preparation. Godfrey Sosa – IT Director, BHS & BES: “You will have to sacrifice a lot so you will have to give up some nights, you will have to put in some extra work over the weekend, there will have to be some real uncomfortable situations for you to really push the bar, research in itself in being able to learn the platform and learn what all you can do on the platform by doing research on Google, Youtube. We do other outside researching communicating with other community groups to see what else could be done in terms of tweaking our robot in an efficient way to be able to complete the task in a timely manner.”

Dale McDougall, Love News:  Time is quickly approaching for when the robotics team departs for another big competition in Oklahoma, U.S.A. to face other teams. Chen gave us a sneak peek of their next machine.

Dale McDougall, Love News: All of these components are going to be this final product. I understand that this is going to Oklahoma in April correct ? So what happens between now and April ?

Jaden Chen – Captain, Team Belize, RoboCo Challenge: “Now and April well right now we just finished the drive train because it’s different that FIRST Global we have to actually use either Java or C++ to program it so we’re actually in the programming part right now so we could program the driving of it. So we need to map it to the controller so we could then test out the driving then once we finish that we put the components on top of it and then we have to whatever mechanism we want we have to build on top of that robot.”

Dale McDougall, Love News: Okay, without giving away too much because I know you guys are trying to sort of hold this to the chest because you want to win, how did we get – do you anticipate lots more sleepless nights between now and April ?

Jaden Chen – Captain, Team Belize, RoboCo Challenge: “Definitely because FIRST Global we had much more time because we would spend summer to get to know about the basics, build some prototypes and like just take our time with it but for FIRST Robotics because we’re not situated in the United States we have to get our kit late and then because we’re also a rookie team we don’t have that much experience so this is actually our first time. Then because of that we have to make sure we have to research properly and learn everything just like any other rookie team so definitely we have to spend sleepless nights to build our robot.”

Dale McDougall, Love News:  As Jaden and the team prep for April, the coding team are also making a big splash on their own. They participated in the Caribbean Science Foundation’s STEM Olympiad – and were the gold medallists. Team captain is Alaine Perdomo, who discussed how coding can help resolve some of our greatest difficulties. Alaine Perdomo – Captain, Team Belize, STEM Olympiad: “When we were presented with the opportunity to participate in the Caribbean Science Foundation for this competition I was very intrigued with the task that they were asking us to do to create a solution to one of the five problems that they listed and we were presented with the problem of transportation which I think public transportation is something that a lot of Belizens utilize however the transportation system can be a little bit more organized to see where the certain bus stops are, what times they’re arriving so that people can depend on them. So we created an app that shows people and also tourists can use the app because that way they can navigate around Belize that is definitely one of the main reasons why coding is such a big thing in today’s century because it can solve so many issues and people can take that opportunity and just like myself other people can take it upon themselves to learn to program and learn how to solve these issues so that these issues can be ameliorated and made better.”

Dale McDougall, Love News:  Also part of the team were Ashley Belgrave, Hannah Avila, William Chen and, Jason Zhou. Throughout competitions like these, participants grow but Sosa says the teachers learn just as much.

Godfrey Sosa – IT Director, BHS & BES: “The biggest takeaway is I learn at the same time and they learn at the same time because I still don’t know everything. There are times that they go above and beyond and say “Sir this is what we can do.” and the student then becomes the teacher so I appreciate that and I am humbled by that.”