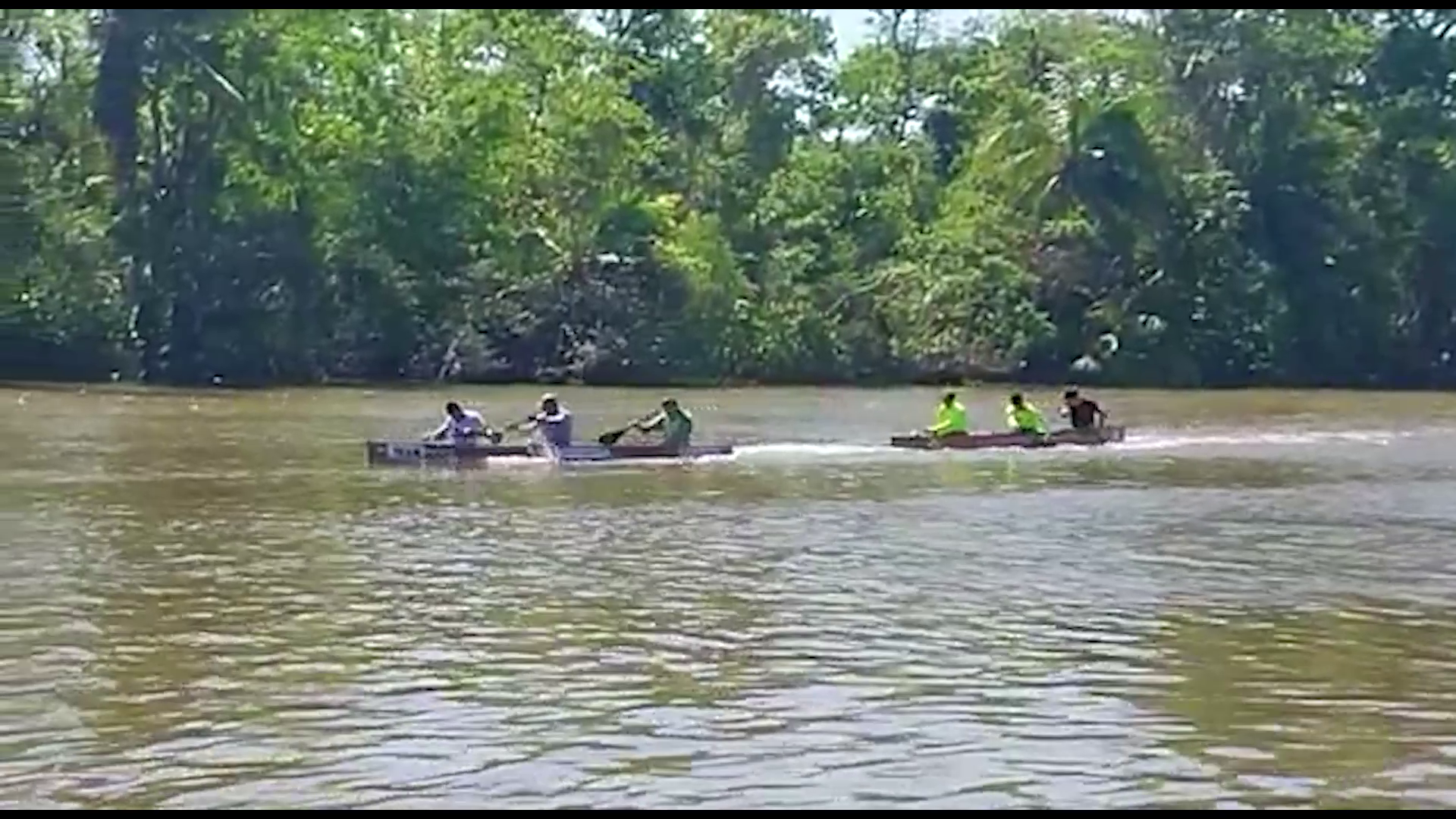 The Belize Canoe Association hosted the Boom-to-Manatee Canoe Race over the weekend. After an hour, 24 minutes and 52 seconds, Team PACT, which is comprised of Jerry Cante, Amado and Daniel Cruz, crossed the finish line. A close three seconds later, Team Guava Limb, which is made up of Javier Guardado, Danny Cruz and Andres Cabb, came second overall but the first family group. Koop Sheet Metal, which is made up of Christian, Enrique and Carlos Lopez were third overall but second in the male category. Wateva Boyz, whose team members are Adrian and Darren Williams and Miguel Magan, were fourth and the top five were Hener Cruz, Roy Cano and Clayton Cabb, who made up team Westrac/UES. Rounding out the top ten were the Belize Coast Guard, Bullet Tree Falls One Care Pharmacy, The Hive and Hells Bells. The Hive was the top junior team and Bullet Tree Falls was the top mixed team, which was made up of Gustavo Pott and Jermaine Sanchez were complemented by Avis Guys, their only female paddler. The leading C2 team was BATSUB Turtle Express, which was made up of Pierre Obando and Zummer Hernandez.

Four of One Organisation honours individuals for community…