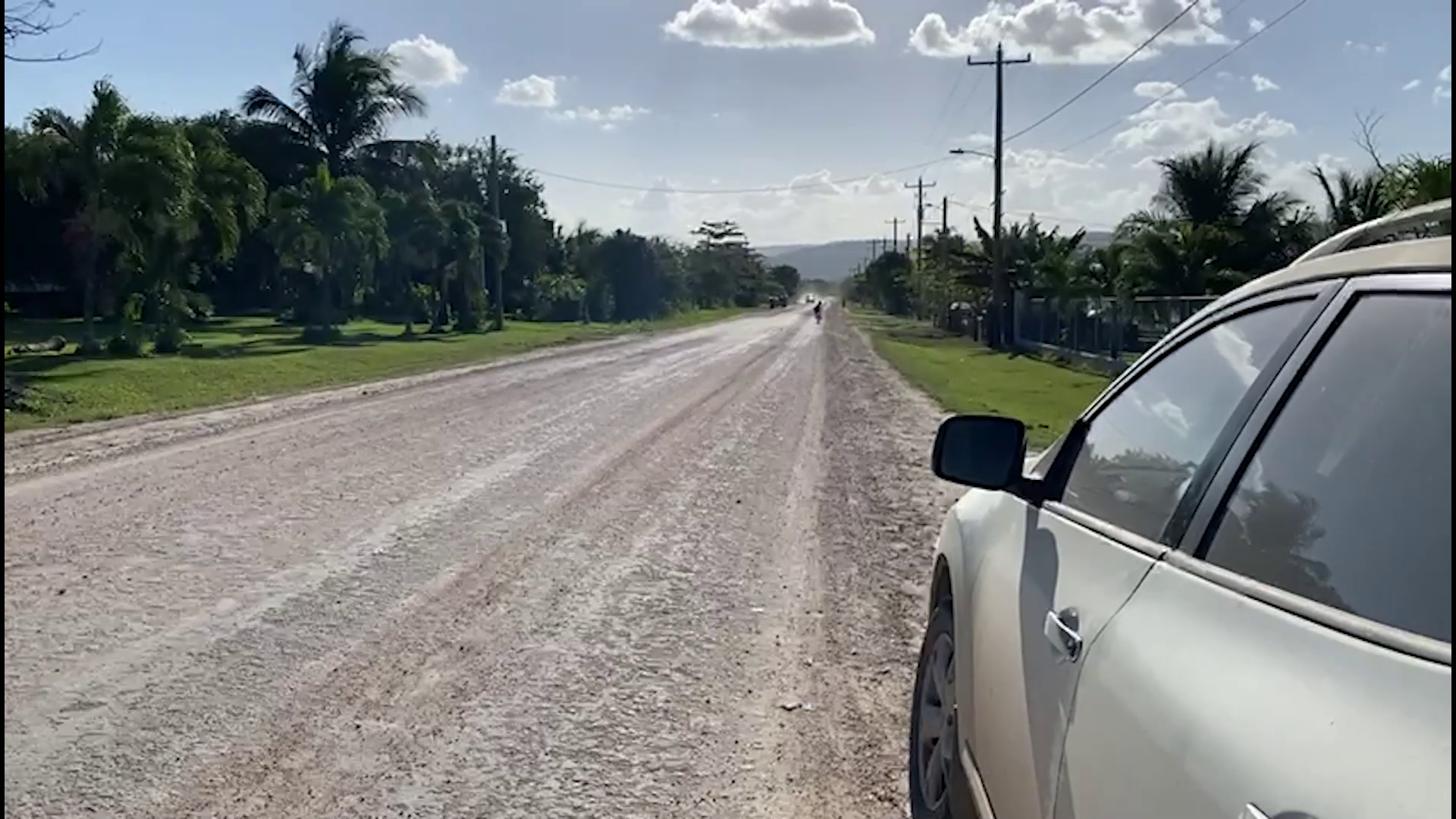 A 14-year-old boy was hurt in a road accident on Monday evening in Duck Run 3 in the Cayo District. Peninna Friesen reported that she was driving a Chevy Aveo and was heading towards Spanish Lookout when suddenly a cyclist moved into her left lane. She swerved trying to avoid hitting the person, but unavoidably, she hit the teen, 14-year-old Ronney Lainez, a resident of the community. Lainez was taken to the Western Regional Hospital in Belmopan for treatment. Cayo Correspondent, Eliu Yacab spoke to an eyewitness about the incident and the community’s call for speed bumps.

Eyewitness :“I’m here in Duck Run 3 and what I want is, well that lady knocked down the little boy. She was no his merry way and when we heard the loud bang we came to check what happened and we saw the boy thrown on the ground. I thought he was going to die. I ran to call for his mother. So what we want is justice and for these people to assist the family because these Mennonites are always driving very fast and the streets have become dangerous. The children come out of school, they’re on their way home and they are driving carelessly that’s why we want something to be done here in the village. It’s not right what they’re doing.”

Reporter: I spoke with some of the people from the area and they told me that they’d want bumps to be placed. Is this something that you all from the community are asking for ?

Eyewitness : “Yes we want them to do that but supposedly the Mennonites don’t want to because it’s a private road and they’re the ones who repair it but that’s not right. We’ve been asking for this for a while but they don’t want to. I’m not sure what’s going on.”

Reporter: And I noticed this is a very long route. How do people normally drive ? Extremely fast or normal speed ?

Eyewitness :“Exceedingly fast. Some of them seem to almost want to fly, like they’d want to be airplanes to reach their destination quicker. There are some that do but some that don’t that’s why we want something to be done here in the village. It’s not fair what they’re doing right now.”

Reporter: What can you tell me about the family ? How are they right now ? Do you know the condition of the child ?

Eyewitness :“I’m not really sure right now but if it were me I don’t know how I would react. I think I’d even want to die because a child is everything to a mother. That’s why I’d want something to be done for them.”