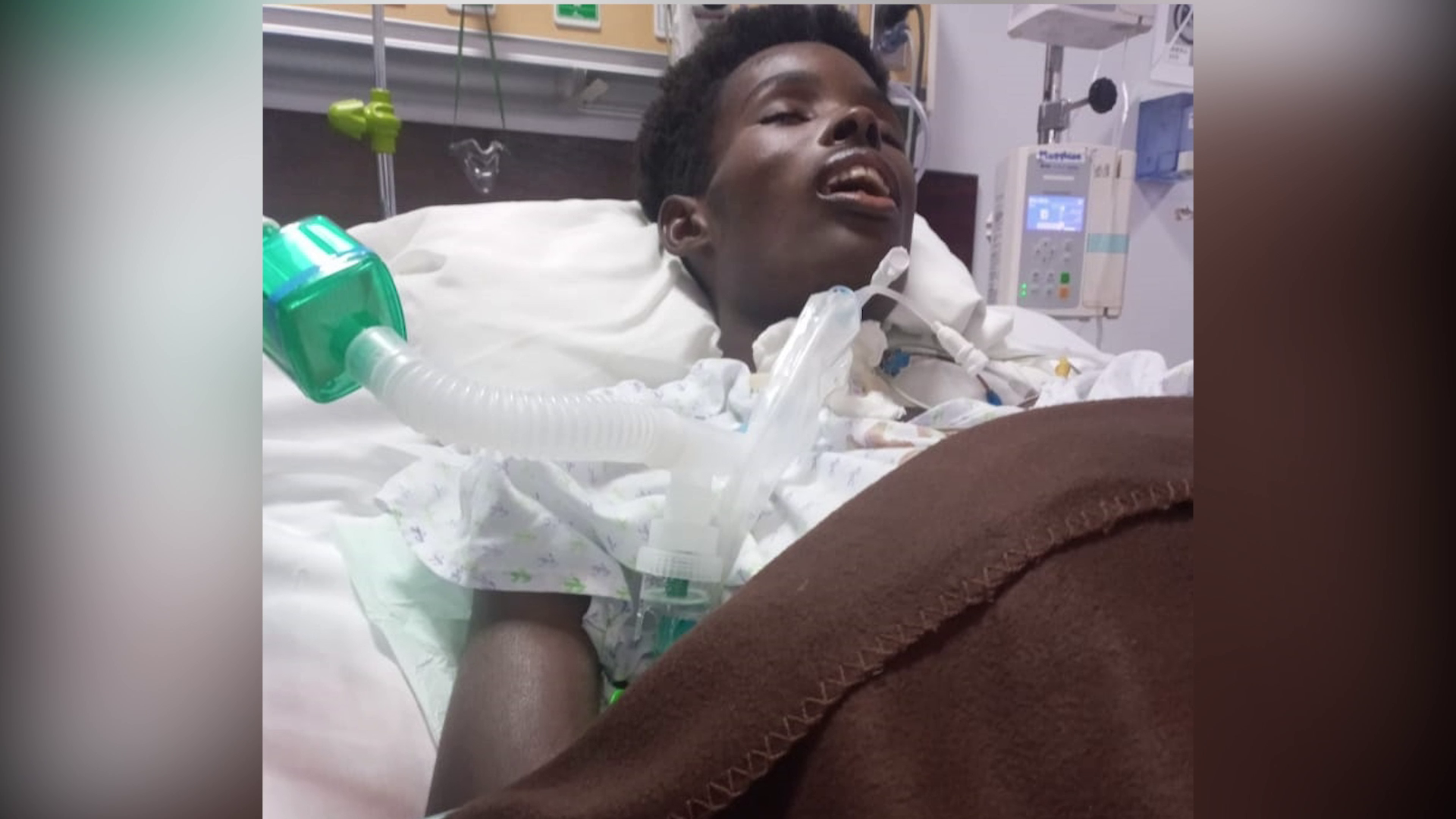 One month and thirteen days – that’s how long fifteen-year-old Jaheem Williams has been prostrate on a hospital bed after being involved in a major road traffic incident. Williams was admitted to the Karl Heusner Memorial Hospital after being severely injured in the incident that occurred near Ranchito Village, Corozal on October 12. He sustained several injuries, one of them being to his spine which had left him partially paralyzed. However, as the days passed his condition worsened, and he even ended up battling a bout of severe pneumonia. His mother, Natticia Williams, has been at his bedside this entire time slowly watching her son wither away. Jaheem now has to be fed through a tube. Unfortunately, the doctors experienced difficulties because they could not locate a tube that fit Jaheem properly. Natticia Williams, Mother of RTA Victim: “Yesterday when I came here I got a call from the doctor that said that the leaking is still happening and they can’t locate the tube that they needed to get. So he said that they checked at Healthcare and Medical Associates and unfortunately they didn’t have so basically that means that nowhere in the country had it so I had to do it on my own. I said alright just send me a picture of what it is that you need and I will try to find it. I went to Chetumal yesterday after we searched like almost five hours in Chetumal but we ended up locating that piece of equipment and we brought it in this morning and they did it a few minutes ago so we just have to wait and see what will be the outcome of that.”

Jaheem has undergone a series of four surgeries; however, Natticia says none have been fruitful. A month ago he was conscious and performing minimally exhaustive tasks such as talking and scrolling through social media. But, Natticia says that now he can barely even blink.

Natticia Williams, Mother of RTA Victim: “FIrst Jaheem was talking. He was texting with his friends. After I think the second surgery he did they had to sedate him. Being the fact that he had pneumonia and he’s not breathing on his own he’s still connected to the ventilators so basically he’s like depending on the ventilator 90% and he’s breathing 10% on his own. So they had to keep him sedated so that he doesn’t strain himself being the fact that the ventilator is doing everything for him right now. So yes right now they still have him sedated and so Jaheem is like a vegetable right now. He’s not responding. Nothing of that sort. With Jaheem’s situation you know as a mom you pray for the best but you have to also prepare for the worst so I pray everyday and I just ask God to just give me the strength every day to just keep it together for him and like said Jaheem is a fighter. Jaheem is not giving up and I know he won’t give up.”

Men Charged for the murder of Richard Foster…