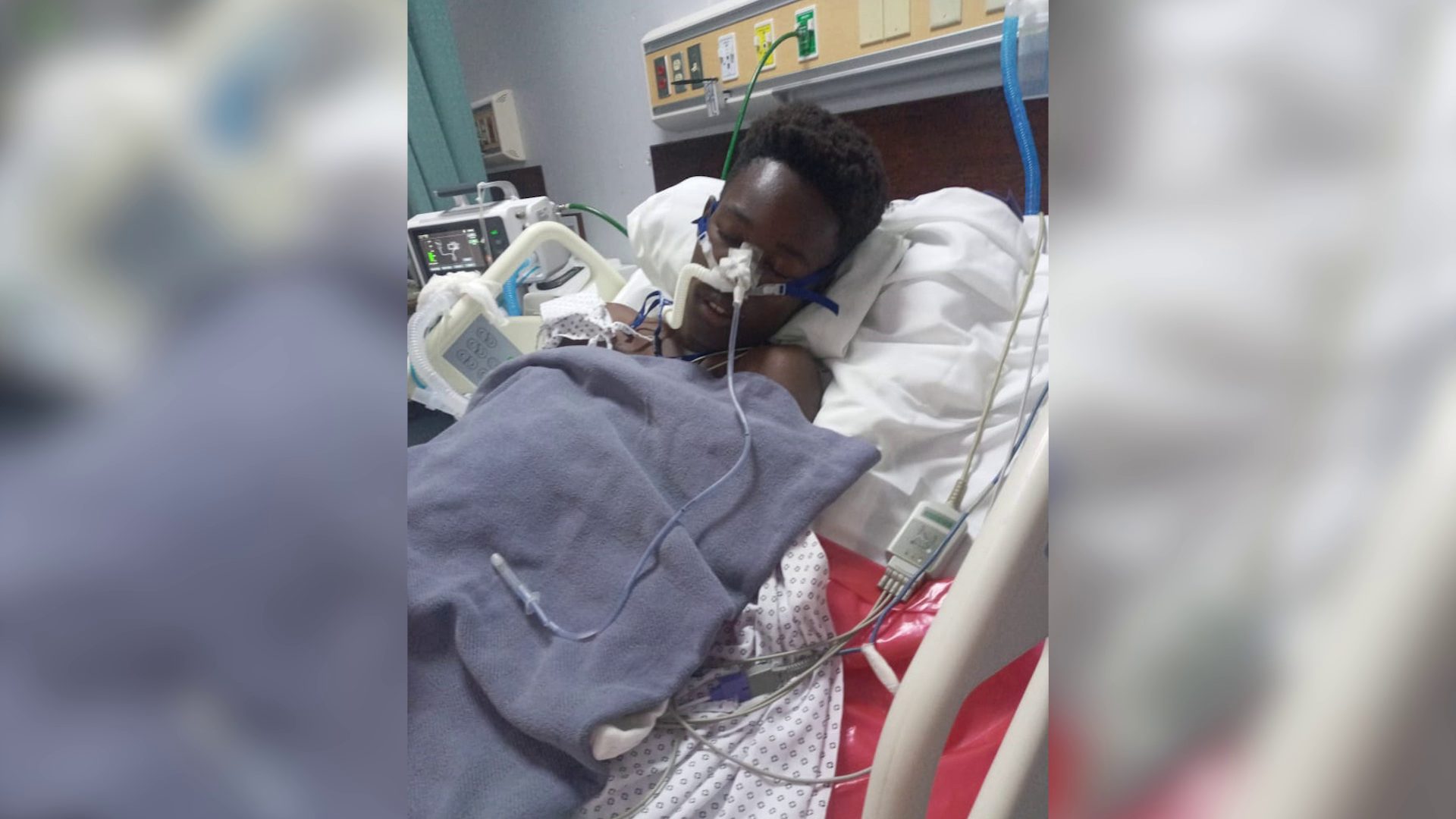 Tonight there is sad news to report. Seventeen-year-old Jaheem Williams died early this morning after being hospitalized at the KHMH for almost two months. That’s how long it has been- two months since the fatal traffic collision in mid-October in Ranchito Village in the Corozal District. Williams was in a busito when it collided with an ambulance. Since the accident, Williams had been fighting for his life. That fight came to a tragic end at six-twenty this morning. Reporter Giovanna Moguel has the story.

Giovanna Moguel for Love News:  After being hospitalized for the past two months, seventeen-year-old, Jaheem Williams passed away this morning at the Karl Heusner Memorial Hospital. Williams had been battling for his life since mid-October, after being involved in a terrible vehicular crash between a ‘busito’ and an ambulance. His mother, Natticia Williams, has been at his side since the day of the incident. During his stay at the hospital, Natticia had seen her son battle through several bouts of catatonia, but after his most recent surgery, Jaheem was responsive. However, Natticia says he contracted an infection in his lungs which ultimately led to his demise. Natticia Williams, Mother: “I honestly don’t know what went wrong. The day before yesterday I came to the hospital and they told me they had found a bacteria in his lungs and he was passing it through his urine as well so they had to put him in isolation because they’re not sure if it wa contagious or not. So basically they had to put him on a new antibiotic like always there is none. So I had to do it on myself again get the prescription and I went to Chetumal yesterday. I went to Chetumal yesterday I located that antibiotic at Clinica Caranza but they had to order it at Merida so I had to pay and then I had to go pick it up today at one o’clock so when I got the news of Jaheem passing this morning I was on the bus sixty thirty this morning they called me, the bus didn’t leave as yet it was still at the terminal and they called me and told me that he passed. I just jumped off bus and I came over here. Right now it’s really rough. As people watch me now and say this lady is strong but I’m tearing up inside. I’m still in disbelief but when I went there this morning I stood there in the room with Jaheem and I watched him and Jaheem looked normal to me like every day when I come here that’s how I used to see him so to me it was still not saying that he’s dead until they wheel him out in the body bag then I can say he’s gone.”

Giovanna Moguel for Love News:  The tragic incident happened near Ranchito Village, Corozal District. Williams was a passenger in the busito on his way home from school when the incident occurred. He sustained a spinal abrasion for which he underwent surgery. He was left partially paralyzed and eventually became fully paralyzed. The doctors, as well as Natticia, had hopes that Jaheem would be able to regain movement in his limbs with the help of another surgery and physical therapy.  However, the teenager ended up contracting pneumonia, which put another hurdle on his road to recovery.  Up to today, no one has been charged for this fatal incident and, Natticia says she will be seeking legal advice because someone needs to be held accountable.

Natticia Williams, Mother: “From the understanding that I had gotten when I reached out to the office that was in charge in Corozal he had told me that they had passed the file to the DPP and they’re doing a thorough investigation before they could point fingers on who is in the wrong so they haven’t come to a decision as yet so I just have to wait until they finalize that. I have spoken to our family and we’re trying to see if we could get some legal advisory on this situation. Like I said Jaheem was like you said at the right place at the wrong time so we’re just I don’t know I’m lost right now. I honestly don’t know what to do or what to say right now but we’re trying to see if we could get some legal help.”

Giovanna Moguel for Love News:  Although Jaheem has taken his last breath on this earth, Natticia says his memory will live on with her and the rest of the family.

Natticia Williams, Mother: ” Jaheem was always happy. Everybody loved Jaheem. Although he liked to rail up and everything he has his bad side and he has his good side. He was all about his family and friends. He loved football, he enjoyed doing his studies and all of that was just taken away from him in one split second. So we have a lot of good memories of him and I know his friends and everybody as well will always remember Jaheem for the person that he was.”

Since the fatal crash, no one has been criminally charged.

Murphy Family Affected by House Fire On Their…