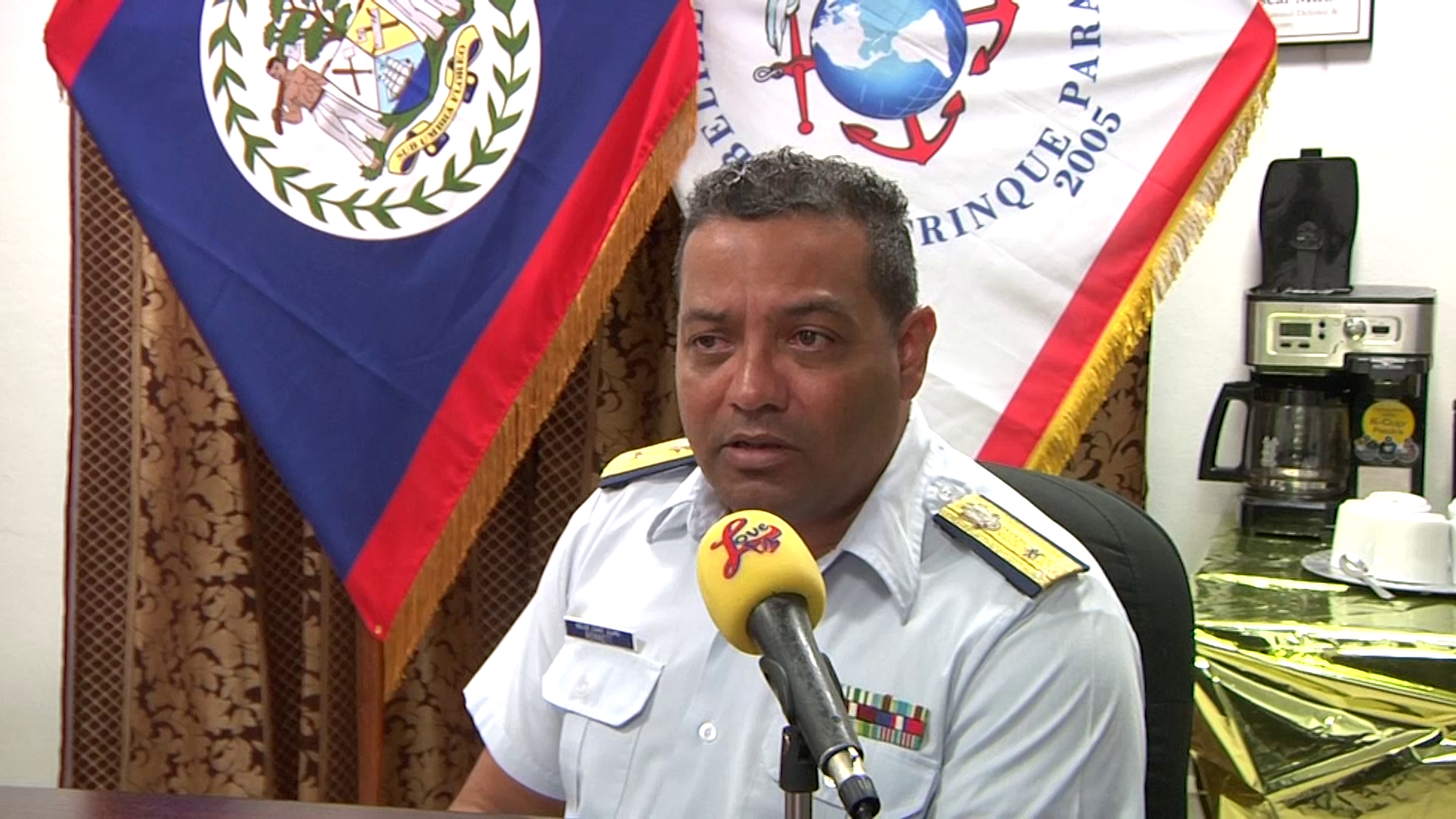 Belize is at a crossroads. One of its greatest challenges is settling and squaring away once and for all the border dispute with Guatemala. That painstaking process is before the ICJ and with the claim of the Sapodilla Cayes by Honduras and a possible claim from Mexico makes things a little complicated – at least from the layman’s view. However, when Love News asked the Belize Coast Guard Commandant, Rear Admiral Elton Bennett about how this impacts the organisation’s work, he was optimistic about the regional partnerships, particularly with Honduras and Mexico. RADM Elton Bennett, Commandant, Belize Coast Guard: “Not really. Our mandate comes directly from the Ministry of National Defense Border Security or from time to time directly from the National Security Council that may direct us on certain operations. So whatever we do is mandated by the Government of Belize. Let’s look at the tension along our southern maritime border and it’s not only the Sarstoon that extends to the Corona Reef area as well just in August of this year we had a standoff with Belize Coast Guard and the Guatemalan Navy and we both showed up at the Corona Reef. There’s a portion of the reef in Guatemala and a portion of the reef in Belizean waters and it’s just being professional about it. This is Belizean waters on this side and you’re not allowed to come over there we will hold our ground, we will remain at this location demonstrating national sovereignty and we do our part in terms of patrolling that area and showing that this is Government of Belize. So it’s a natural part of the organization to be conducting national sovereignty operations and demonstrating territorial integrity that’s a natural part of the organization so there’s no added stress on the Coast Guard to perform those duties.  As a military service that’s our mandate and with Honduras it’s a bit easier we have very good working relationship with Honduras, good passage of information we conduct joint operations together, we share intelligence and information and very confidential operations so the relationship there is an excellent one so we’ve never had frictions with the Honduran Navy before even though there is the claim on the Sapodilla Cayes we’ve never encountered them in a hostile way it has always been very cordial and with the Mexicans again very good working relationship we conduct joint operations with the Mexican Navy and we would have Coast Guard personnel on board the Mexican vessel and vice versa patrolling our northern boundary with Belize and Mexico so I think the working relationship with us and Mexico is an exceptional one, one that can be demonstrated across the world and across the region how security forces on both sides of the border can cooperate.”

Reporter: So then you’re optimistic that those relationships will stay intact in the future ?

RADM Elton Bennett, Commandant, Belize Coast Guard: “As long as there is no shift in the border coming out of the ICJ ruling then I believe everything will be continuous. Only time will tell what adjustment, if any, will be made to the maritime areas. From our understanding we’ve occupied this area from time immemorial this has bee administered by the Government of Belize and so we believe we have a strong position and we’re very comfortable going to the ICJ as a nation, as a people we are very comfortable with that and likewise the Coast Guard is very comfortable with conducting operations out at sea and demonstrating where the Government of Belize extends.”

Guatemala’s claim to Belize dates back to 1859 and Honduras’s claim to the Sapodillas has been in its Constitution since 1982.