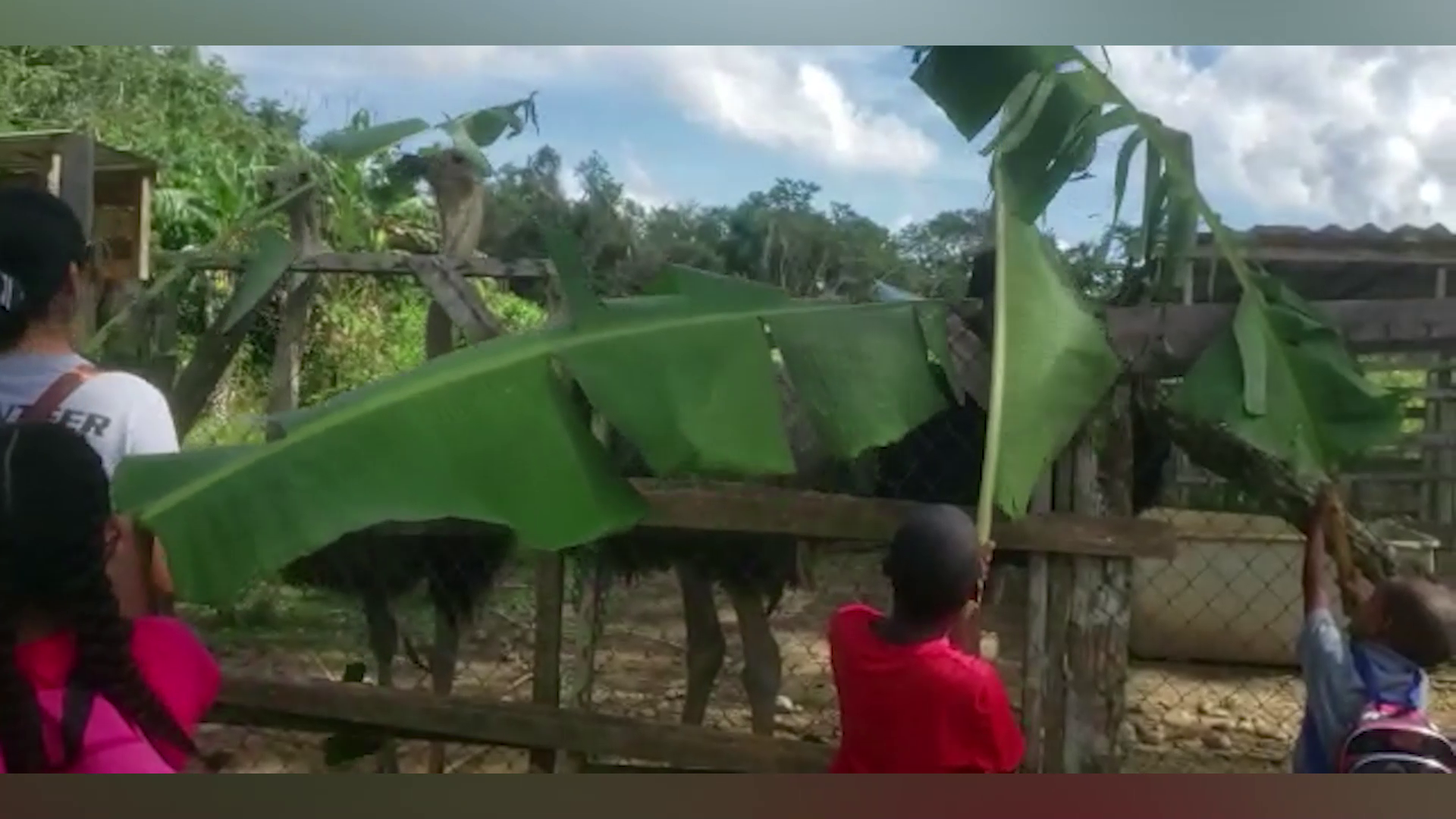 The Belmopan City Council treats a dozen kids with diverse-abilities

Today, a dozen children with diverse abilities were given a special treat from the Belmopan City Council. In light of Disability week, Belmopan Councilor, Pauline Soberanis Tillett, collaborated with activist Nancy Marin to host twelve children and their parents at Marin’s Eco Park in Georgeville Village, Cayo. The purpose of the trip was to provide the youth with a fun and educational experience. Tillett and Rose Witty, one of the parents a part of the group, spoke about the experience and highlights of the trip.

Pauline Soberanis Tillett, Belmopan City Councillor: “As part of my portfolio, diversity and special needs, this week as you know is disabilities week and I spoke with Ms.Marin about having kids come to this farm and she agreed so we came and the kids are really enjoying themselves. They’re feeding the animals, holding the animals they’re really having a great time. I know that most of the times when people think about going on trips especially to see animals they usually think of the Belize Zoo and this for me is something unique because most people only hear about ostriches and not really seen it and getting close and so this was an opportunity for them to come here and not only ostrich they also saw different kinds of rabbits, peacocks and all of that.”

Rosalie Witty, Parent: “I came on the trip with my daughter who has developed a disability due to sickle cell and we enjoyed the visit here at the farm. She was amazed to see the ostrich and she wasn’t afraid to hold the animals like the rabbits and so on, she interacted well with them and it’s a good trip for her to be out in nature. I think she really enjoyed it and it’s something that adds value to her life. Well I learned about the value of the ostrich and the different by products nad so on that can be had from it. Here we are in the room where they make the leather from the ostrich and to make shoes and so on and so it’s a great experience.”

Owner of the eco-park, Nancy Marin, says that she immediately jumped at the opportunity to provide an educational experience to the children when she was contacted. Nancy Marin, Owner of Eco Park: “Pauline Soberanis told me about the kids that they work with and that they wanted to come see the animals and I was very excited to show them because a big part of the project is education. Some of the animals that we have on the farm our children in Belize probably won’t travel not everybody has the means to travel abroad to see these animals so part of the idea was to bring them so that they’re available for children in Belize and we can learn about them like the ostriches and the peacocks and the fan tail doves, the mini pigs, those are things that our children only see on TV and for them to be able to see them, to touch an ostrich egg or a feather, to feed the ostriches like they’re doing now is something incredible for me to be able to provide for our children in Belize.”

Over two hundred buses need to be replaced…