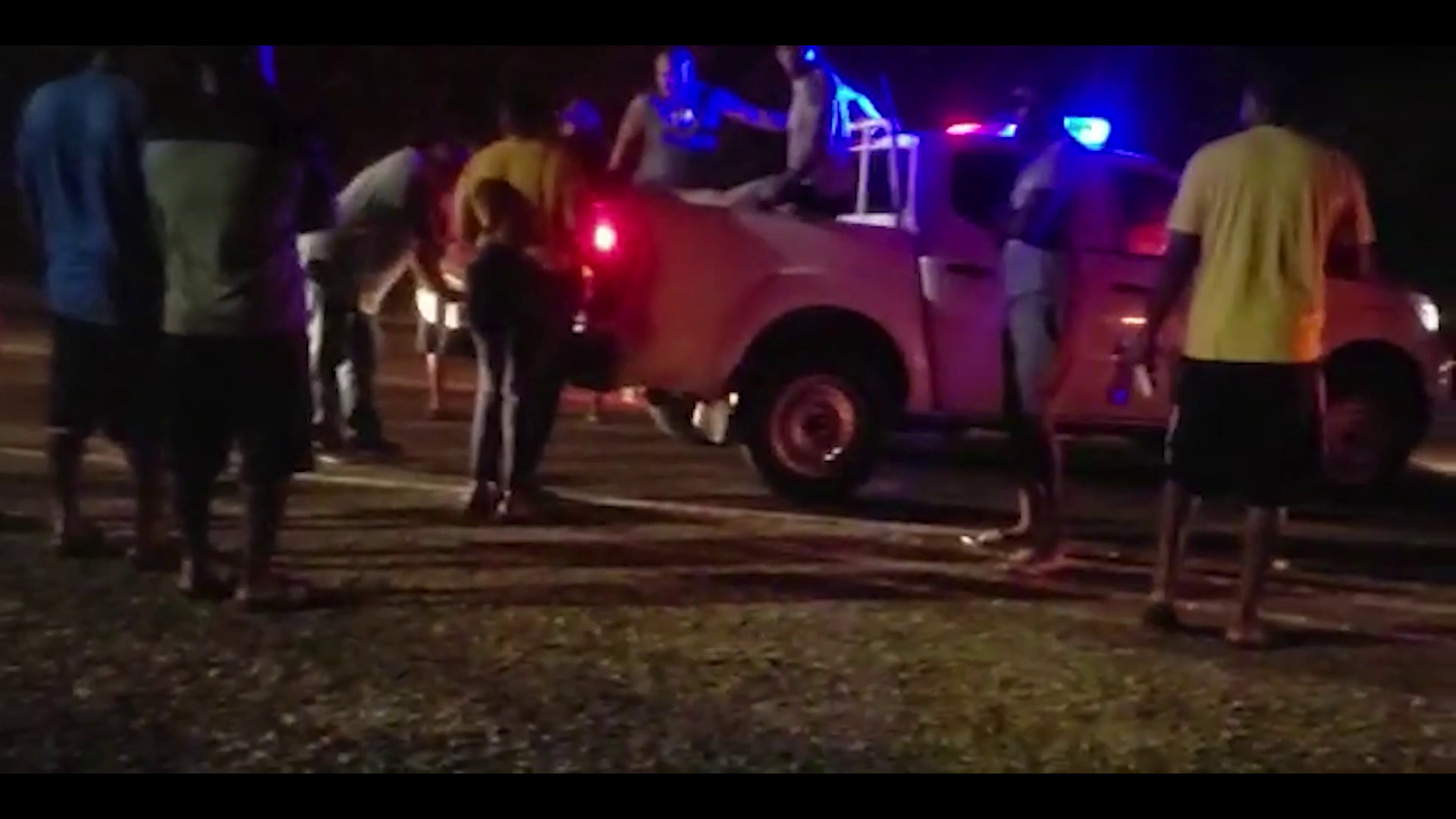 An alleged drunk driver has been slapped with a slew of charges for killing a police officer in a road traffic incident on Monday night. Camalote villager, 39-year-old Luis Fernando Mejia Guerra, stands accused of fatally wounding thirty-four-year-old Police Corporal, Shannon Middleton. Around ten-thirty that night, Middleton was assisting his wife, who is a scene of crime technician, in recreating the scene of a crime. The officer was standing on the George Price Highway between miles 58 and 59 when Mejia knocked him down in front of his wife. Today, police formally arrested and charged Mejia with one count of manslaughter by negligence, one count of causing death by careless conduct, one count of driving a motor vehicle without due care and attention, and failure to provide a specimen when required to do so. However, the charges according to the Commissioner of Police, Chester Williams, are still not enough. Williams says he will be appealing to the government to implement stiffer penalties for persons found guilty of driving under the influence of alcohol. Chester Williams, Commissioner of Police: “I think it is time that we look at changing our laws and make it be better able to hold drunk drivers accountable for their action. For me a drunken person armed with a vehicle is as deadly or more deadly that a man with a gun and it cannot be that you knocked down and killed somebody with a vehicle, you go to court and because it is a traffic accident you just get a slap on your wrist a $5,000 fee and you go home. What happens to the family who are left behind grieving ? What happens to the children that are now orphaned? It cannot be. In most parts of the world vehicular homicide carries a term of imprisonment and in particular when it comes to drunk driving. Voluntary intoxication should not be an excuse for one to escape the wrath of the law when they get behind a vehicle, drive that vehicle and kill somebody. It should not be an excuse and I will certainly put forth a proposal to government, I have done it under the previous administration where I put forth a proposal to the previous administration to change the law to be able to hold drunk drivers to more accountable when they kill somebody. There must be a term of imprisonment and you should never be able to drive a vehicle again once you come out of jail. So we need to look at amending the law to hold drunk drivers more accountable once that is done if you know that if you drink and you drive a vehicle and you knock down and kill somebody that you will go to jail for an amount of years you are going to think twice to do it. But right now man don’t care because they say you could be drunk and they knock you down and they just go to court, pay $5,000 and then they go home there is no consequence. The consequence is not sufficient. It does not serve as an effective deterrent and so that is something that we need to look at.”