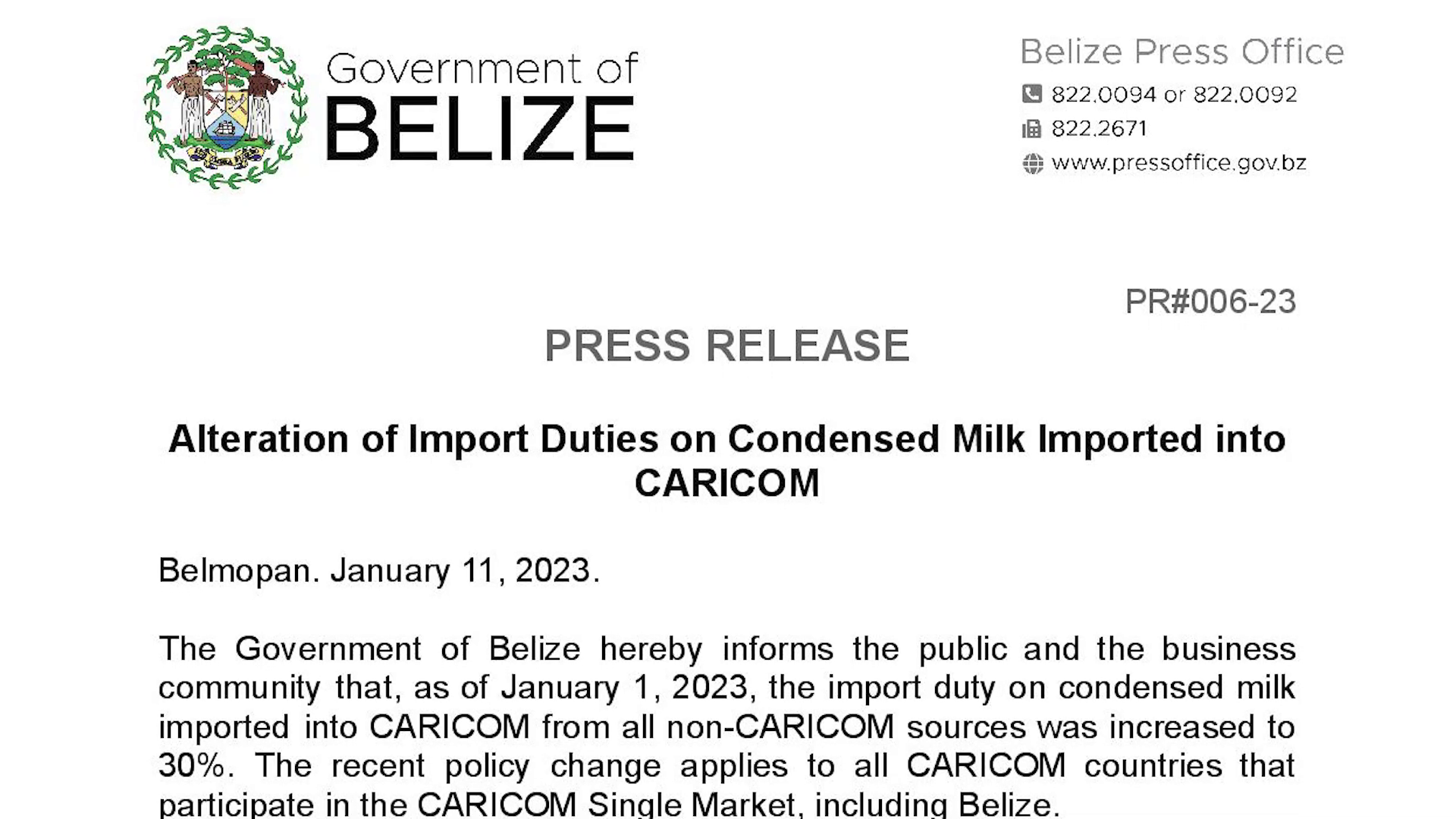 The cost of condensed milk may be going up

Yesterday, the government announced that the import duty on condensed milk imported into the CARICOM Market from all non-CARICOM states has increased to 30%. Under the CARICOM Single Market Economy, if a product is being produced in a CARICOM state, the producer is entitled to protection in the regional market through the application of high protective rates of import duties. In addition, in cases where the production capacity can supply up to 75% of the annual total regional consumption of a particular product, the Council for Trade and Economic Development (COTED), is empowered to ensure import duty protection by placing the commodity on the List of Commodities Ineligible for Conditional Duty Exemption. And, since, Jamaica, a producer of condensed milk, was recently able to increase its production to supply 75% of the region, it requested the full protection of CARICOM’s common external tariff. The policy change took effect on January first but Belize has delayed implementation to coincide with the introduction of the Revised CET based on the 2022 version of the Harmonized Commodity Description and Coding System, which is the basis of Belize’s Customs Tariff Schedule. The government says it is reminding stakeholders that Belize is obligated to apply the 30% import duty as a COTED decision, and also relies on this policy to ensure similar protection for its products, in particular, sugar and frozen concentrated orange and grapefruit juices, when exported to CARICOM states. Given Jamaica’s ability to supply the CARICOM region with condensed milk on a duty-free basis, the effect on price is anticipated to be insignificant.