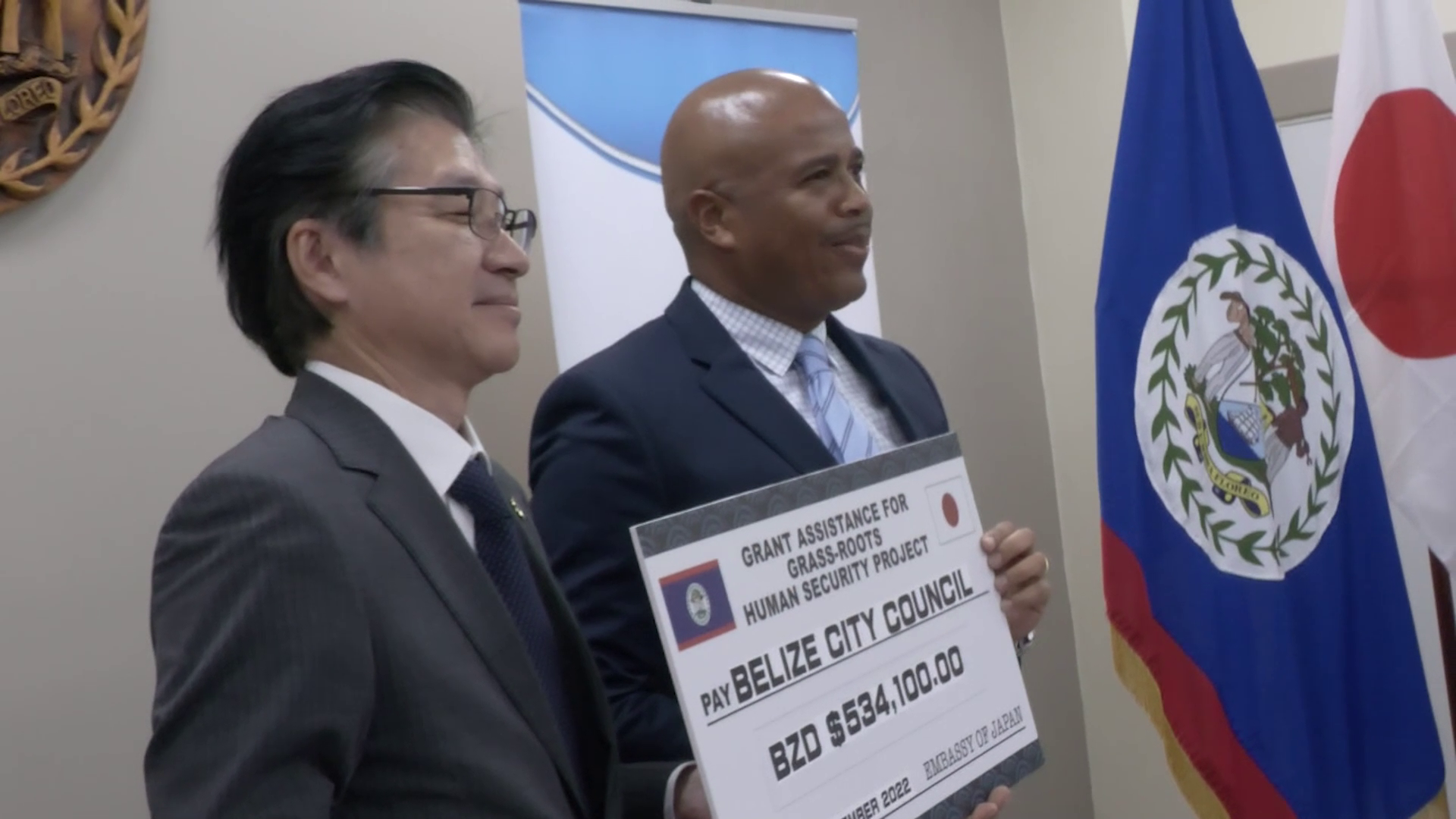 The Belize City Council says that it will be able to access much-needed equipment. It is thanks to a grant, which was inked today with the Government of Japan. The signing ceremony took place at City Hall this morning. Dale McDougall was there and has the story.

Dale McDougall, Love News: The Japanese Government has provided the Belize City Council a grant of over half a million Belize Dollars. A contract signing took place today at City Hall where Mayor Bernard Wagner said this was a most welcomed gesture after a difficult three weeks. Bernard Wagner – Mayor of Belize City: “The aftermath of Hurricane Lisa saw our city become littered with debris, trash and with heartbreak. Fortunately with an army of volunteers we were able to rush toward a citywide clean up campaign never before seen but we felt quickly the impact of not having the equipment and the machinery to sustain the cleanup.”

Stephanne Hamilton – Councilor, Foreign Affairs & Sister City Relations: “We we ill be able to expand our fleet of heavy equipment allowing us to better maintain the beauty of this magical city.”

Dale McDougall, Love News: Ambassador of Japan to Belize, Kazuhiro Iryu added that this grant is part of his country’s efforts to develop Belize, a country which it has enjoyed friendly relations. Kazuhiro Iryu – Japan Ambassador to Belize: “Today’s grant contract that we are going to sign envisions the cooperation by the Japanese Government to provide funding in the amount of US260,747, approximately Belizean dollars $534,100 dollars under the Government of Japan’s grant assistance towards grassroots and human security projects.”

Bernard Wagner – Mayor of Belize City: “This friendship is forty years old. It’s a friendship that is consciously nurtured through the Embassy of Japan in Belize and one that is felt and appreciated by Belizeans especially our Belize City residents. Ambassador Iryu today our friendship is bearing fruits that could not have come at a better time.”