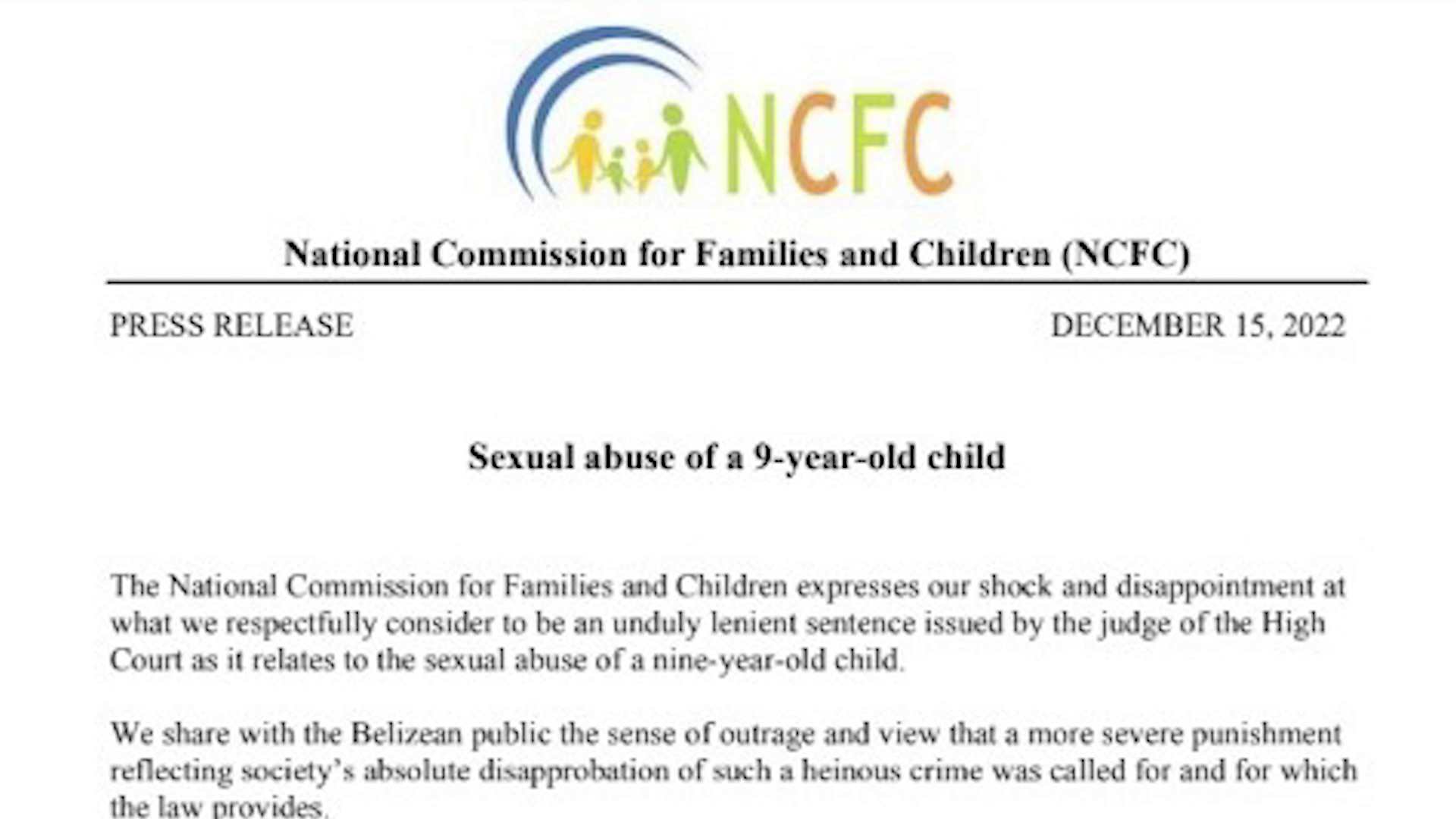 Tonight, the National Commission for Families and Children (NCFC) is expressing shock and disappointment in the decision of a Supreme Court Judge to suspend the sentence of a man accused of raping a 9-year-old girl. Last week, 24-year-old Edwin Lanza, a Belize City resident accused of raping a minor, received a three-year suspended sentence which meant Lanza will not be facing any jail time for the crime. The Belize City resident, who was seventeen at the time, is accused of raping the minor twice between 2015 and 2017. In court, Lanza, who is currently serving time for another offense, pleaded guilty to both charges before Justice Ricardo O’Neil Sandcroft. Justice Sandcroft told Lanza that hold a special place, and it must be taken into consideration that he was still regarded as a child when the first offense occurred. Lanza upon his earliest release, which is in 2025, must immediately seek counselling from the Department of Youth Services and cannot be arrested during the three years of his suspended sentence. The Justice’s decision is one that the NCFC does not agree with. In a release sent out today, the organization says “We share with the Belizean public the sense of outrage and view that a more severe punishment reflecting society’s absolute disapprobation of such a heinous crime was called for and for which the law provides. We, therefore, stand with all right-thinking members of our society in decrying this sentence, and we call on the relevant authorities to take all steps necessary to address this injustice.” End quote.

PM Briceno hails the appointed of US Ambassador…