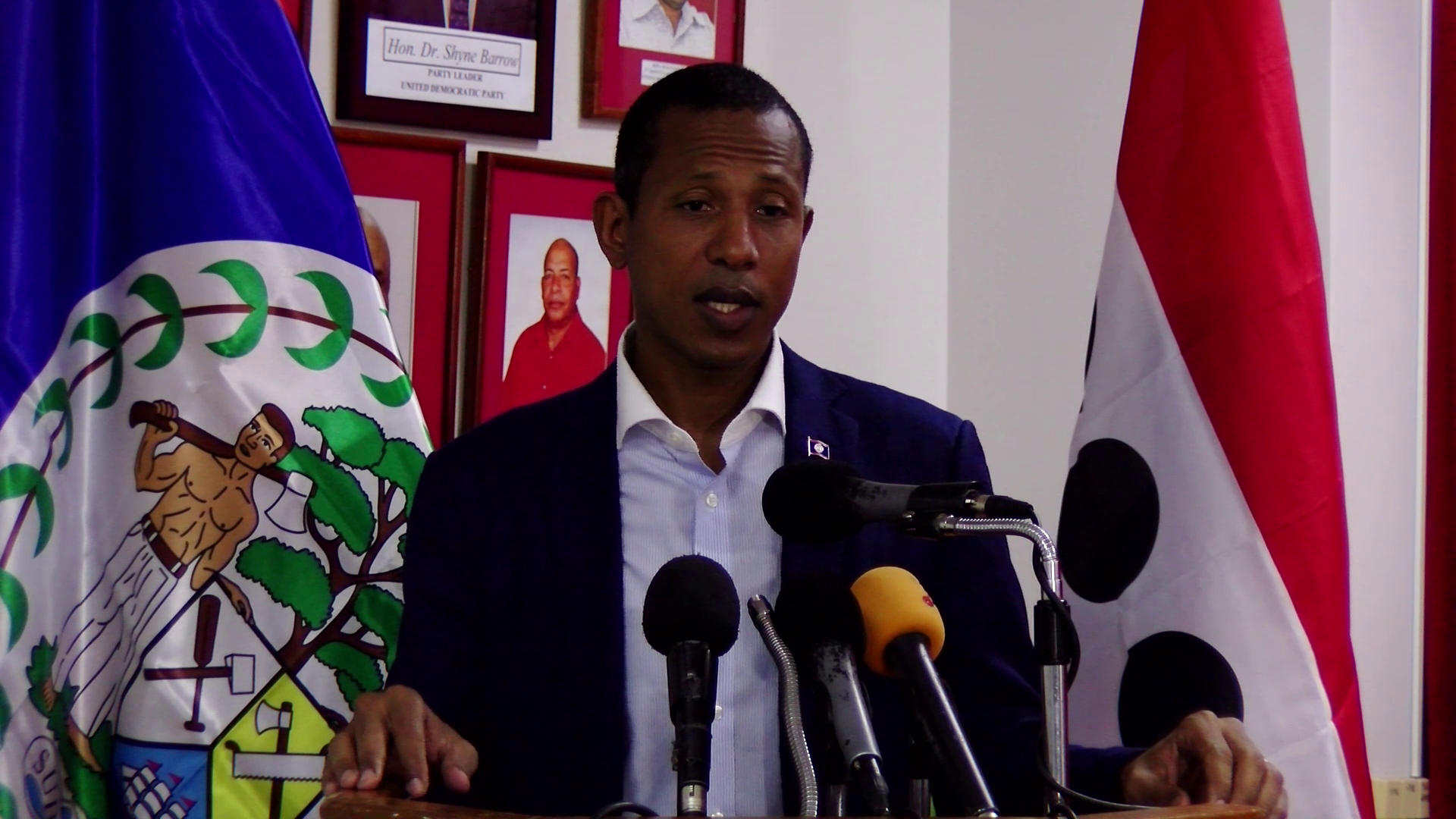 Attorney Estevan Perrera resigned as the UDP’s legal advisor this morning. Perrera’s resignation comes after he was selected to be a part of the special committee tasked with looking into the accusations brought against John Saldivar by the US State Department. Perrera sent his decision to the party via a text message where he explained the rationale behind his move. The attorney reportedly stated that he does not want to run foul with the US Government and would rather refrain from taking part in the committee. It’s a move that the Leader of the Opposition, Moses “Shyne” Barrow says he did not support.

Moses Shyne Barrow, Leader of the Opposition: “He’s no longer the legal advisor because you don’t have an option in a matter like this. This is not about Steve Perrera. This is about the institution of the UDP and when you take on the responsibility of being the legal advisor that’s a hefty burden to carry. So when the burden becomes overwhelming you don’t say I am taking this off you are on your own, no it doesn’t work like that. We are a sovereign nation. We are the constitutional opposition and no personal consideration should be made when dealing with such a weighty matter we have to deal with it. That is what transparent, good governance is. We don’t just say oh well yay or nay. No, we deliberate. We consider and Steve knows that he has a right to make whatever decision he makes. Whatever biases, we all have biases but I consider him professional enough to have his biases but consider the facts and then make a decision so I don’t believe in homogeny. It is not as if I expected him to go either way. The fact that he does not want to face this serious matter is unacceptable to me and -”

Reporter: He said he didn’t want to run afoul of the State Department.

Moses Shyne Barrow, Leader of the Opposition: “And that is selfish because I have enough respect and appreciation for the American democratic system of governance to know that they are not petty and that is why this is such a significant designation. They did not arrive at this arbitrarily. This went through rigorous scrutiny and this comes from the Secretary of State. However that doesn’t mean that well the decision that the UDP makes well then the State Department will come down hard on the UDP. Johnny Briceno went to California and said to Joe Biden chastized him, tongue lashed him because he didn’t invite the autocrats and the despots to the Summit of the Americas. America is not Cuba or Venezuela, they didn’t chain him and cuff him and bangles him and put him on a flight to Belize that’s not how the Americans work so I don’t appreciate Steve’s position.”

The UDP establishes a committee to investigate accusations…