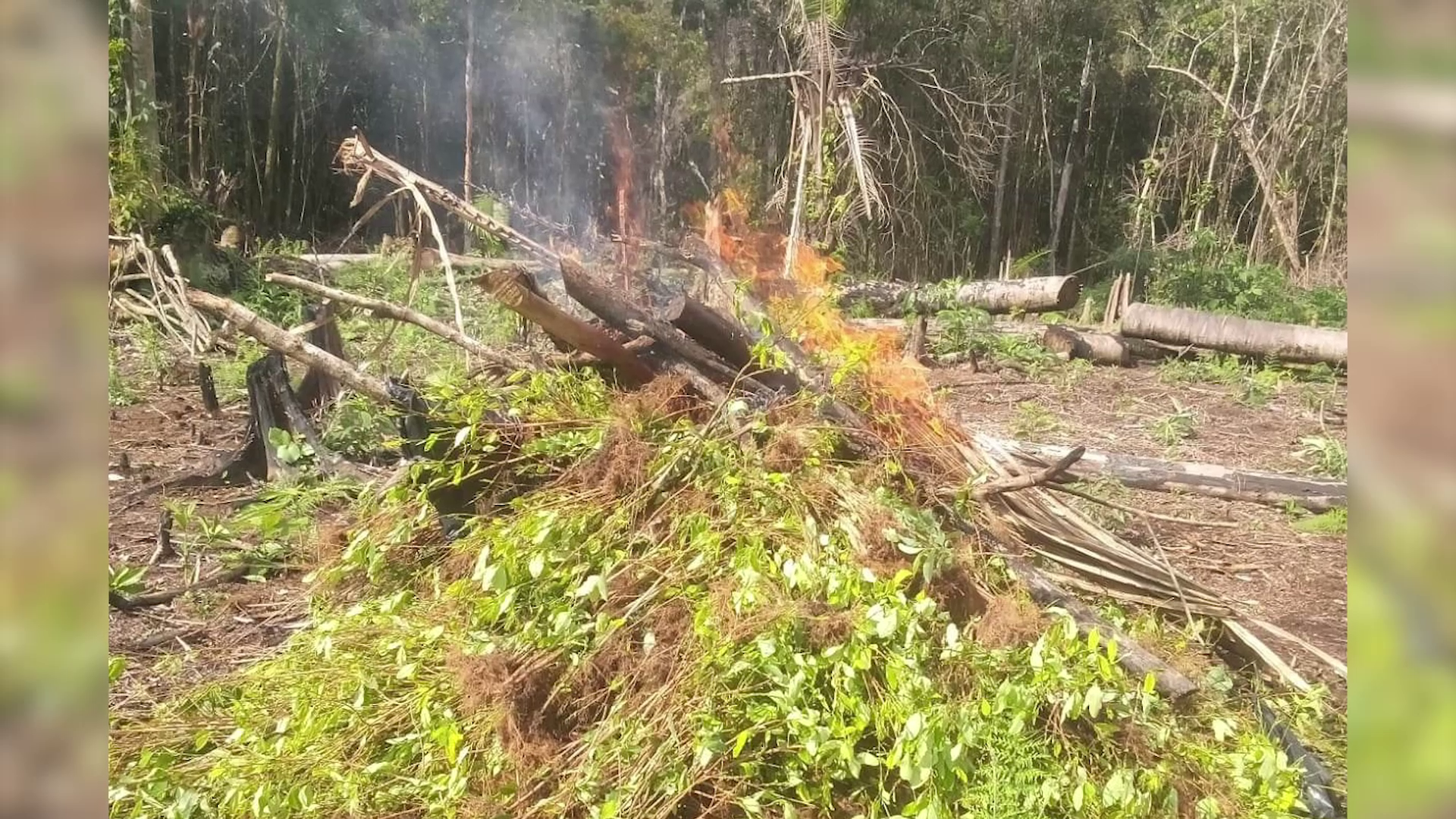 Three fields of coca plantations found in the South of Belize have been destroyed by the Belize Defense Force. A joint operation between the BDF, the Coast Guard, and the Police Department was conducted yesterday southwest of Graham Creek Village, Toledo where fields of about one hundred and twenty thousand coca plants were discovered. After conducting a search, no one was discovered in the immediate vicinity and the team proceeded to burn the plants. BDF Commander, Brigadier General Azariel Loria, explains that they are investigating who was responsible for these plantations. Brig. Gen. Azariel Loria, Commander, Belize Defence Force: “There was a special operation conducted in that area that you mentioned South west of Graham Creek it’s a small village close to the Sarstoon River about two kilometers or about a mile and a half a little bit more than a mile and a half north of the Sarstoon where we discovered three coca plantations but that was something bound to happen. The Guatemalans they have destroyed some, about three to five kilometers to the south of that general area where we discovered the plantation. So the first plantation had about 10,000 plants ranging in two to three feet. The second plantation had about 20,000 plants of the same height and the other one was a really huge plantation of about 80,000 coca plants and that we went there to destroy along with the police and the Coast Guard. The area in question usually the transnational criminal organizations they look for remote areas and that is a remote area for them to conduct their illicit activities. The police cannot reach there. We have operational reach and we can reach up to all the confines of the country of Belize and that’s what we’re doing. Usually the Belize Defence Force conducts air reconnaissance missions and looking around our borders to see for any of those plantations, those illegal activities happening.”