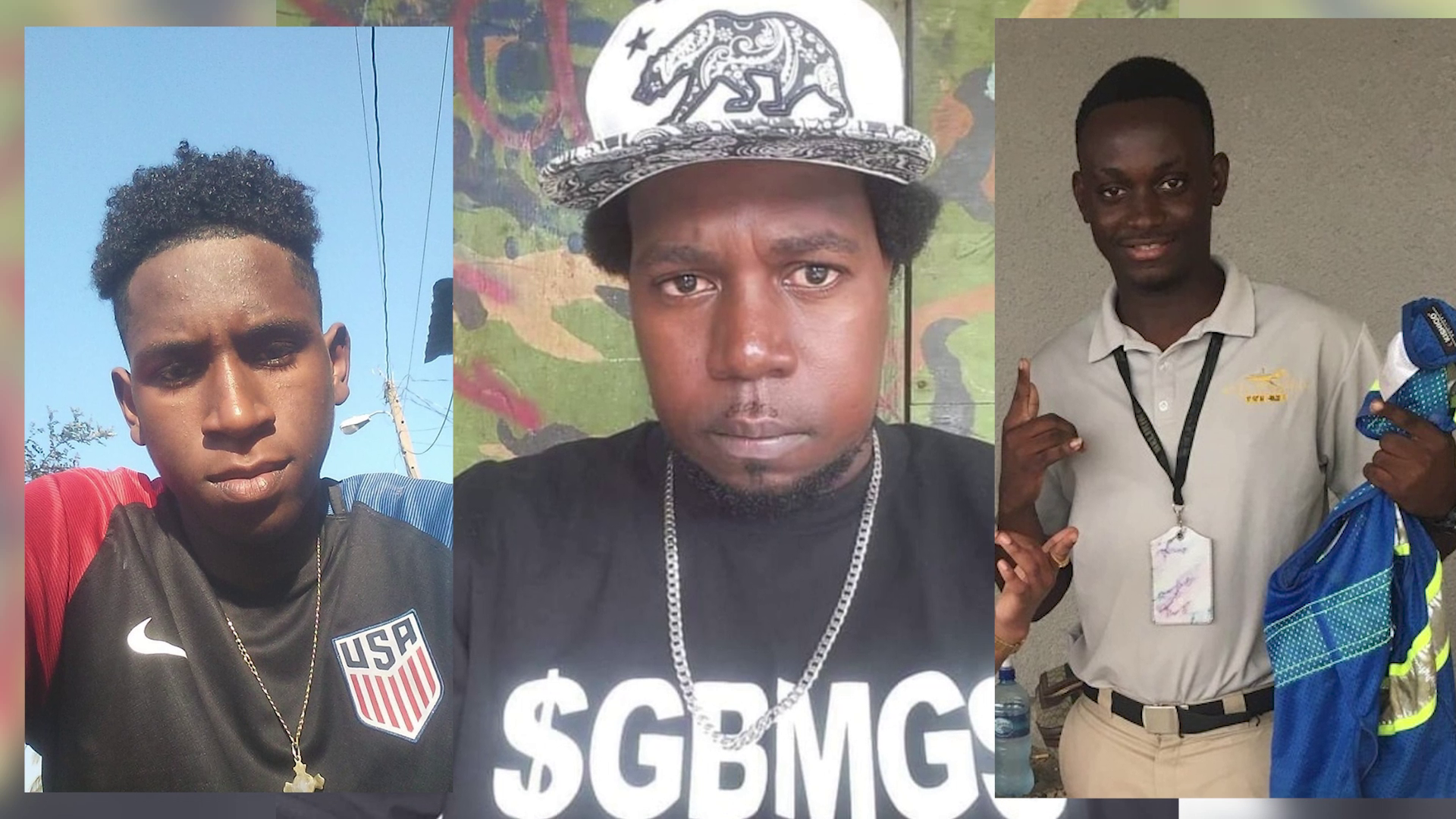 Three men gunned down in Rural Belize; police say it was drug related

Police are investigating a triple homicide that took place last night in Sandhill Village. All three men were shot in the head and died on the scene. The victims have been identified as 43-year-old Emerson Garcia, 20-year-old Jareem Davis, and 19-year-old Charleston Jenkins. The trio was socializing at Garcia’s home when a gunman or gunmen entered the residence and unleashed a hail of bullets. This latest cold-blooded crime has left the Sandhill Community in shock. Vejea Alvarez visited the gruesome scene today and has the following story. Vejea Alvarez, Love News: The scattered blood stains and tossed over furniture inside this home in the New Site area of Sandhill Village tell a grim and shocking tale of how 43 year old Emerson Garcia, 20 year old Jahreem Davis and 19 year old Charleston Jenkins were executed and left lying in pools of their own blood. Just after 9:30 last night the men were socializing inside Garcia’s home when the echoes of gunshots rang out and broke the silence of a quiet night. Jenkins’ grandmother, Jennifer Augustine, made the startling discovery about an hour after the men were killed and found the front door wide open. She says that she initially thought they were sleeping and entered the home only to find her grandson with a bullet in his head. Jennifer Augustine, Grandmother of Charleston Jenkins: “The young man one of them sat down flat, that is my neighbor that lives right here sat down flat with his hands stiff and I wondered how his hands looked like that so I stepped in a little more. I didn’t see any blood, I hadn’t see anything yet. Then I went in more. What made me realize something happened because I saw the young man, my neighbor, in the house over there sat down but he’s bleeding down the side of his head here. So I looked in his face and said something bad must have happened and then I looked over there but I had already seen the three of them laying down but I thought they were sleeping. When I looked at the back I saw my grandson’s friend at the back laying down on his belly too. Then I looked at him and saw blood on his foot. Then I looked over there and it was my grandson now I was seeing laying down on his side. I bent down and I touched him to wonder if it’s him but I was seeing like it was him and then when I looked around I saw all the blood all about everywhere.”

Jenkins’ mother: “They took my baby from me.”

Vejea Alvarez, Love News: Who was too distraught to speak to the media and his aunt,  Bernadette, who lives directly behind Garcia. Bernadette Augustine, Aunt of Charleston Jenkins: “She said it looked like everybody is dead over there so I said “Ma everybody is dead over there where ?” She said “By Emmo” so I said “You can’t be serious.” she said Stoney and all.”. I said “What ?!” and then I started trembling and I said let me go see. She said come because I told Yyvone let’s go but she said she couldn’t go. I said “Sister you have to go because I can’t go alone.” and I held her and I took her and when I went and I walked upstairs and I told her “Let’s go with me in the house.” So she said she couldn’t make it up to the house so I stepped on the veranda and when I stepped on the veranda I saw my friend Emmo with a hole in his head and he was bleeding and I came closer and I saw my nephew on the ground full of blood and she said “One more is there Mama, one more at the back.”

Vejea Alvarez, Love News: By all accounts, Garcia was the intended target and his friends were simply collateral damage. However, his sister-in-law, Maureen Olivera, says that the father of three never shared if he had any issues with persons in the village. Maureen Olivera, Sister-in-Law: “Emmerson was living there over two years and no he didn’t share anything about his life was in danger or anything like that because he was a very humble and caring person, loving person. Everybody in this village knew Emmerson as someone who would give his last that’s the type of person he is.”

Reporter: How shocked were you guys and do you have any idea why someone would have wanted him dead ?

Vejea Alvarez, Love News: While the families of these men have no idea what to led to such a violent onslaught. According to Senior Superintendent of Police, Hilberto Romero, investigators believe it was a drug related attack.

Reporter: We’ve received reports that that home was known as a place where marijuana was sold. Are you able to say whether or not if – Sr.Supt.Hilberto Romero, Superintendent of Police: “Yes we can confirm that marijuana used to be sold from that house correct.”

Reporter: Given that angle do you believe it may have been drug related ?

Sr.Supt.Hilberto Romero, Superintendent of Police: “Yes that is a possibility yes.”

Vejea Alvarez, Love News: According to Jenkins’ aunt, the men were close friends who socialized on a daily basis and were well known throughout the community. She says that Jenkins and Davis recently found employment and had just arrived from work when they met their tragic demise

Bernadette Augustine, Aunt of Charleston Jenkins: “All of us are close. The boy that died Emmo he is here with me everyday under this house we sit down and talk everyday. Charleston my nephew we talk everyday, everyday we are here until he found a job Monday. We talked everyday.”

Vejea Alvarez, Love News: The police are currently seeking several persons of interest from the area who they believe may be have been the trigger men behind this deadly attack. The Commissioner of Police Chester Williams says that based on the police’s investigation, the men may have been killed by someone they knew. Chester Williams, Commissioner of Police: “Police had canvassed the area and found a number of expended shells. It also showed that there was no forced entry into the house and we believe at this time that those three persons were murdered by someone who is acquainted with them and so our investigation continues.”

Vejea Alvarez, Love News: For Davis’ family, his death comes as a complete and utter shock. His aunt, Vetalyn Michelle, says that when the family arrived on the scene last night they found it hard to believe that Jahreem had been gunned down.

Vetalyn Michelle Aunt of Jahreem Davis: “It was a shock to us because for Jahreem to be killed, murdered, that’s very shocking because Jarhreem doens’t live a life that will lead him to be murdered so it was shocking for all of us and it was heart wrenching for his little cousins.”

Reporter: What was Jaheem doing there and is it the case that maybe he was just simply at the wrong place at the wrong time ?

Vetalyn Michelle Aunt of Jahreem Davis: “Definitely wrong place at the wrong time. I don’t even have to second guess that because Jaheem is very loving. Jaheem barely talks. If you don’t talk to Jaheem or Jaheem is not in the company of his cousins then you don’t hear him talk a lot. He’s pleasant. He smiles but he loves music, he loves DJing and he loved TikTok videos. The world can see him on his TikTok videos that he’s very funny so he definitely was at the wrong place at the wrong time.”