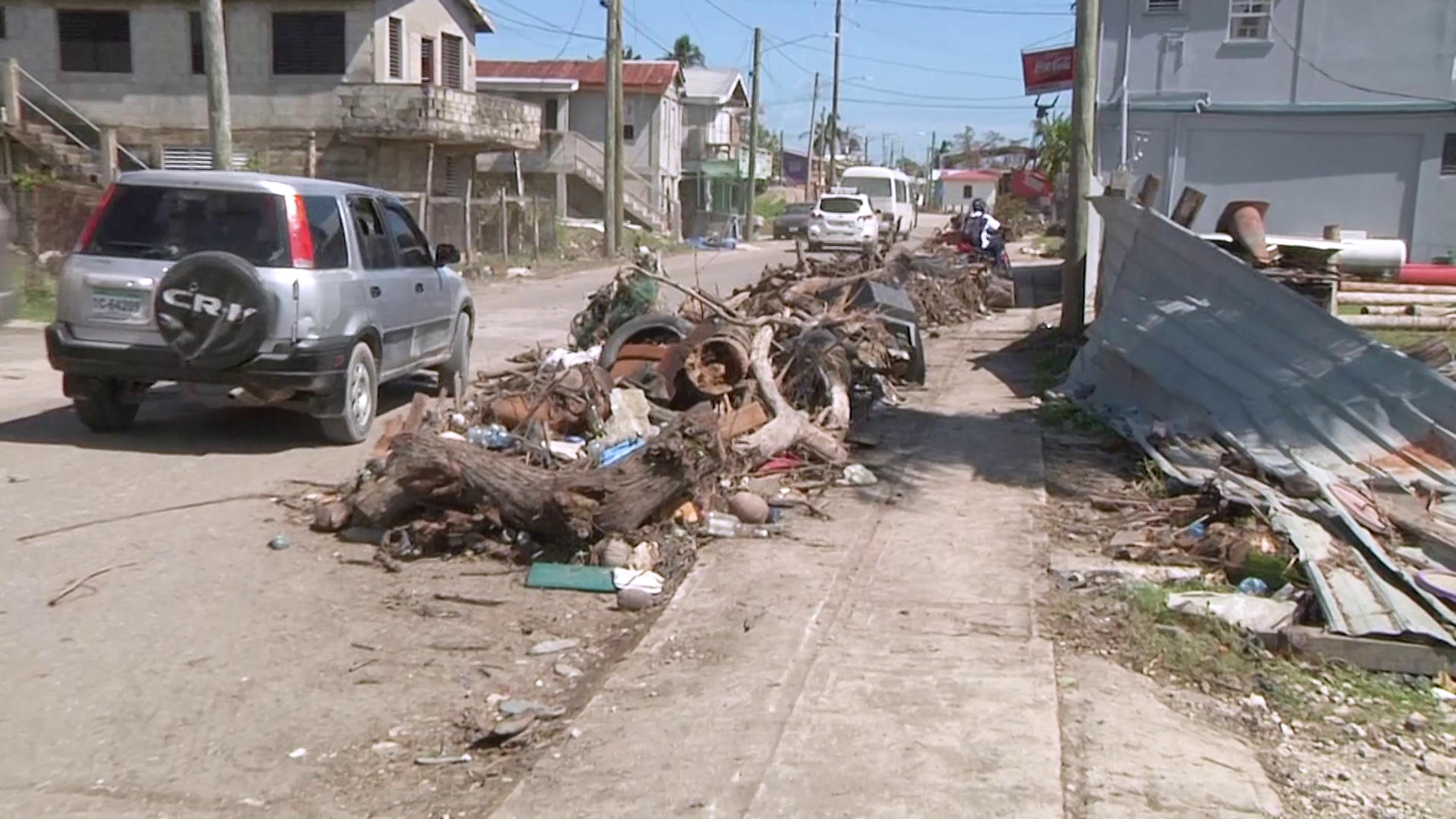 Tons of garbage left behind by Hurricane Lisa collected and removed

And tonight, five days after Hurricane Lisa’s devastation, the effects are still very visible across Belize City. A gargantuan clean campaign has been launched to restore the city to some form of normalcy. Vejea Alvarez has an update. Vejea Alvarez, Love News: After almost a week of Hurricane Lisa battering the Belize district piles of garbage like this one here on York Street remains scattered across Belize City. They are comprised of broken branches, old furniture and garbage that have been collected by residents and piled up on street sides all over the old capital. On Friday, the Belize City Council embarked on a massive clean-up campaign. The huge task force, comprised of almost 400 persons, has been removing mountains of debris with an aim to collect of 200 loads of garbage per day. And, according to Belize City Mayor Bernard Wagner, over a dozen tons of garbage have already been collected and removed.

Vejea Alvarez, Love News: The council’s quick efforts are being hailed by residents across Belize City, many of whom have joined in on the clean-up campaign. Gavin Arnold, a resident of the Southside, explained that so far the garbage from his community is being removed rather swiftly. Gavin Arnold, Southside Resident: “Everybody is putting in word. Every neighbor is trying to help each other but at the end of the day we still have a lot more work left to do and more work is there to produce but at the end of the day everything will get done. Everything will get finalized. You have to understand certain sections work certain sections so it takes a little while but then people have to have patience with this cleaning right now because we didn’t expect this storm to come and hit us this hard but it hit us hard but then it’s going good. We can’t trip. It’s going nice.”

Vejea Alvarez, Love News:  The council is being assisted by the Ministry of Infrastructure Development, several private sector organizations, and over 300 Belize Defence Force soldiers. Mayor Wagner says that without these key partners the council’s clean-up campaign would not have been so successful.

Bernard Wagner, Mayor of Belize City: “Tremendous support from the Coast Guard, the BDF, the Department of Environment, BASWAMA has been there with us. We have had so many private sector firms under the umbrella of the MIDH the Ministry of Infrastructure along with Honorable Julius Espat has been really leading that effort to ensure that we get those backhoes and those dump trucks in the city to really push this debris. Today we have forty four dumptrucks within our city and fourteen backhoes.”

Vejea Alvarez, Love News: While the task force has been moving in over drive over the past few days, heaps of garbage and debris remain an eye sore for those looking to move past Hurricane Lisa’s depressing damage. Mayor Wagner says that the council is expected to complete their clean-up crusade within the next two weeks.

Bernard Wagner, Mayor of Belize City: “There is much more debris to take out because we are focusing more on the main thoroughfares nad now we are beginning to tackle those off streets and so we believe that with this type of effort throughout the next twelve to fourteen days you will see some significant change in the city. But by and large if you had drived into the city on Monday morning you would never believe that a hurricane had passed through Belize City based on some of those main thoroughfares. Our response was quick, it was focused and it was strategic.”