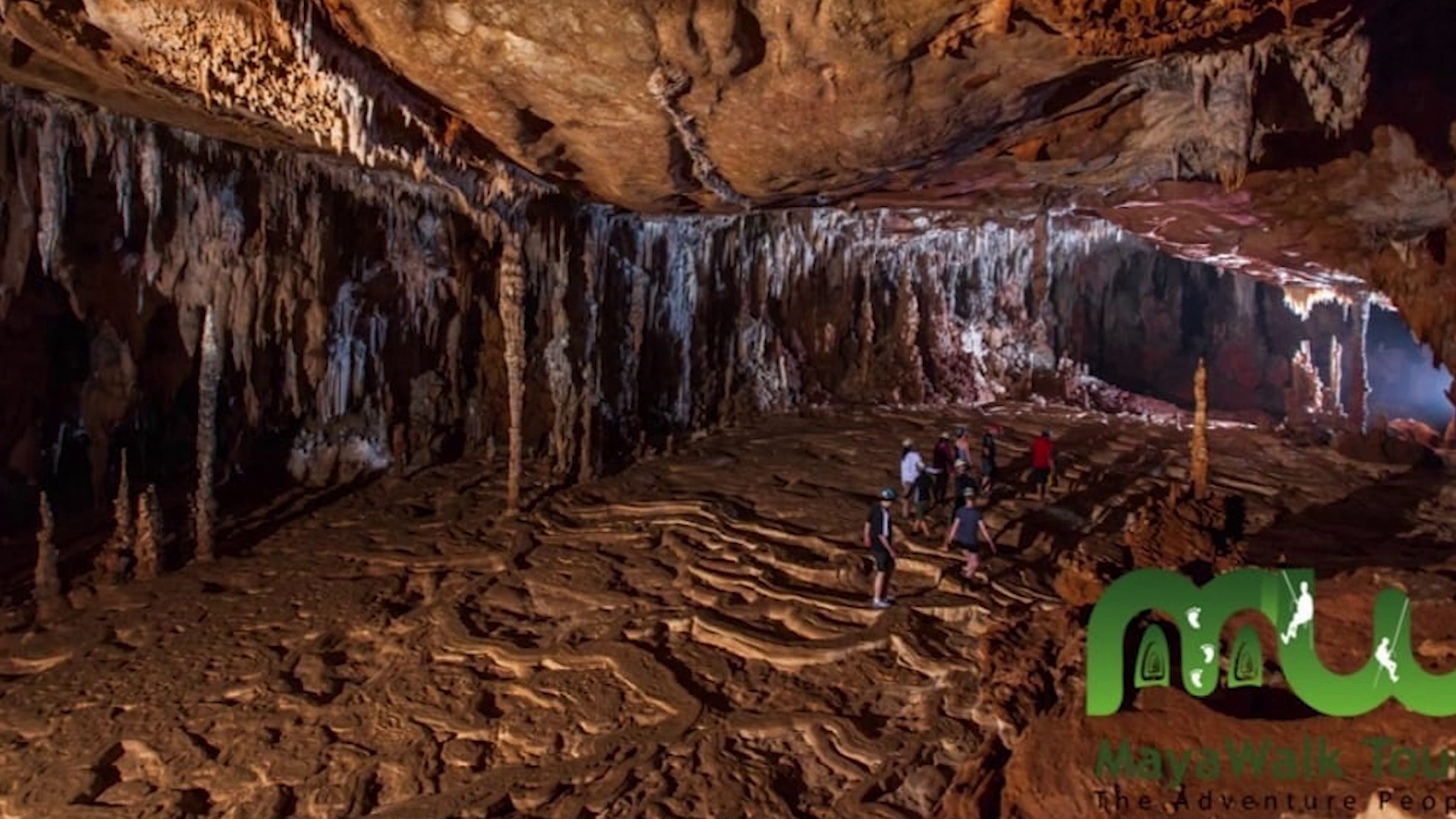 One hundred and fifty tourists at the Actun Tunichil Muknal (ATM) Cave just off the Western Highway had a frightening experience this afternoon when they experienced rising water levels. Tourists who trek through the trail cross over the river about three times during the hike. Park rangers and tour guides normally monitor it as it is prone to rising and depending on the height of the water, they would determine if it is safe enough to continue on the tour. However, today that creek’s waters were not higher than normal, allowing the groups to advance on their tours. Love News spoke with Maya Walk tour guide, Aaron Juan, who explained that a creek that is in the ATM cave became unusually flooded while a group was in the middle of a tour and that’s what caused them to be confined momentarily, but the water level quickly subsided. Fortunately, no one was injured. Aaron Juan, Tour Guide, Maya Walk Tours: “We started off our day like usual. We went out to the cave, it’s an hour drive from San Ignacio. There is the Roaring Creek which we have to cross three time in our hike. The Roaring Creek as actually not flooded it at all maybe four inches higher than normal so we went all the way to the cave entrance of the ATM cave and I do want to mention some groups start earlier and some start a little bit later so as to spread out the groups throughout the day so everyone is not packed up in the cave. So we started going into the cave passage. Now ATM cave has it’s own creek and so that water feeds into the Roaring Creek. Usually the Roaring Creek is the one that we look out for because that’s the one that floods in the rainy season and so we’re always monitoring that and we work closely with the ranges from NICH so they give us an alert the day or the night before. So the Roaring Creek was not flooded. The ATM crave creek started going up. I was almost at the main chamber. So there’s two sections to the tour there’s the wet section and then the dry chamber. I had a group that was almost to the chamber but when I saw and I monitored the water going up probably about a foot higher than when we had gotten in I decided to turn back. I also advised everybody that was behind my group to do the same so we all turned back and we made sure that all of our guests that were still in the water passage made their way back out. We then selected a few tour guides to lead the people back to the parking lot and then some of the guides went back into the cave to alert the other people that were already in the main chamber who might have not been realizing that the water was going up and so they were informed, most of them had completed their tour already and so everyone made their way back to the water and then we assisted everyone to come back out of the cave passage. It’s challenging but at no point was anybody’s life in danger. Everybody in ATM cave wears helmets, they have lights, they have life jackets they have to have life jackets and so it was just a matter of helping people across some of the areas that have a little bit of current.”

Juan says that today’s flooding of the ATM creek was unusual; however, if the weather remains dry it should not affect the tours that are scheduled for the remainder of the week. He adds that now they will be monitoring that creek.

Aaron Juan, Tour Guide, Maya Walk Tours: “So today was just a surprise. The river was down and the cave water started coming up but like I said we’re used to it, we’ve been working there for more than twenty five years and we always make sure we take precaution and make sure that everybody is safe. We’ve been there for twenty five years so we expect and we know when to practice more caution and so once we get to the entrance of the cave and we see the water changing color and going up then we always decide if we’re going to just return, wait a little while to see. In fact just to mention, by the time the last group came out which was the space of about maybe two hours since the last group was going in and the last group coming out and the water was already going down. So it was just a surprise and the water of ATM had already been going down at least a foot lower than from in the beginning and so it’s just one of those things. But yes we always monitor the river and we’re always working closely with NICH so we can make better decisions. For people who are still planning to come to San Ignacio I know I got a lot of phone calls when I got to the highway from friends in the south and in the north and in the islands asking if we’re okay and yes everybody is safe, all of the guests are on their way back home to their hotels and tomorrow right here in Cayo the sun is shining, the sky is blue so we do expect that the rivers are going to go probably back to normal by tomorrow but we will be checking in with the ranges from NICH and I must say those guys do a really good job in monitoring the river and radioing their main office and then they’ll advise us.”