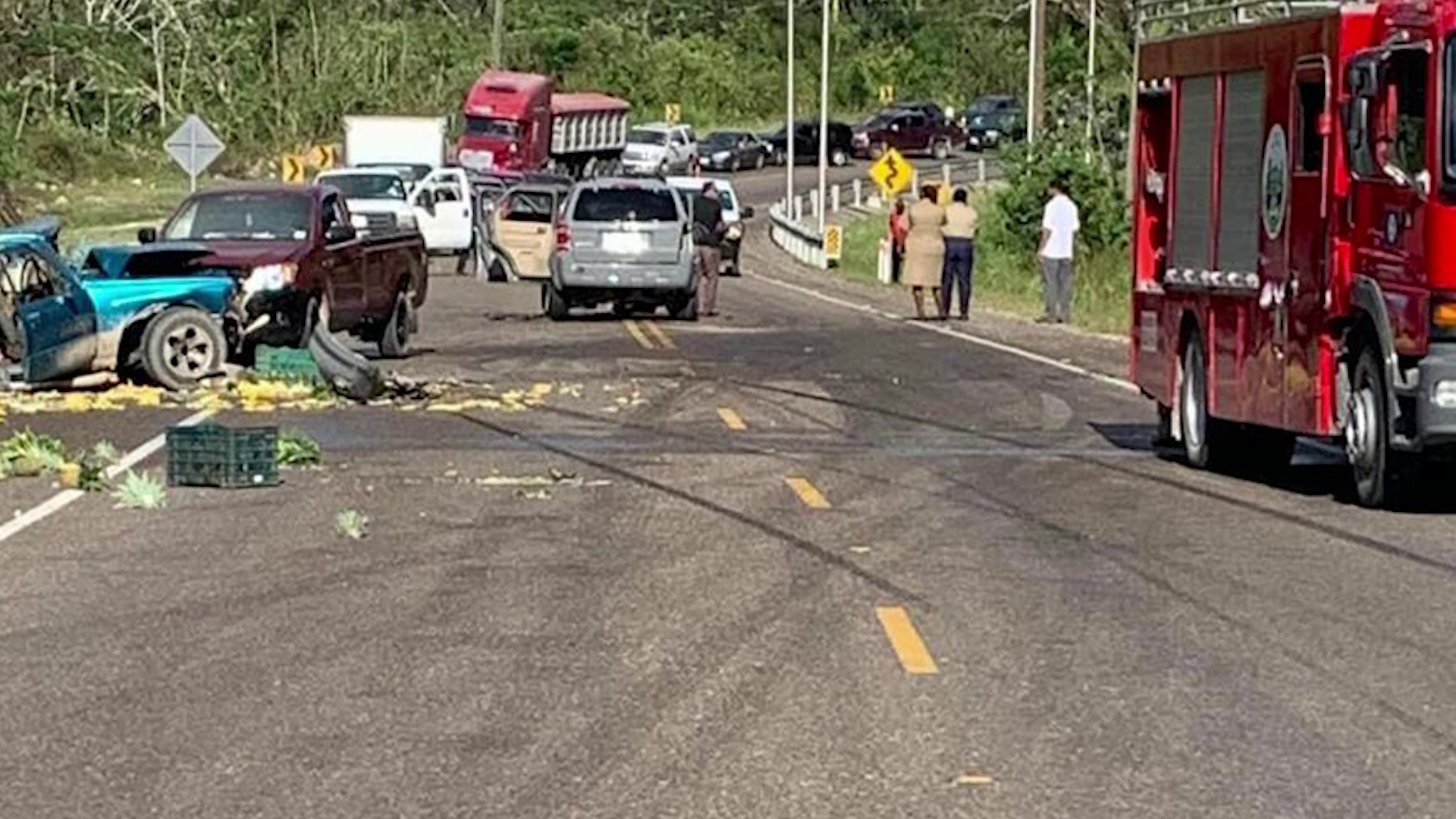 Tonight, three persons are hospitalized after being injured in a road traffic incident earlier today in the Cayo District. The three-vehicle pileup occurred on the George Price Highway in Teakettle Village and involved a Ford Escape, a Toyota Hilux, and a Toyota Ranger pickup truck that was carrying bananas. Details surrounding the incident are forthcoming but our newsroom understands that the driver of the pick-up truck, 22-year-old Agustin Palma, received several broken bones and is listed in critical condition. Palma’s passenger Javier Flores and a woman, who was the driver of the Ford Escape, are also admitted at the Western Regional Hospital. Cayo Correspondents Fem Cruz and Pauline Tillett spoke to Michael Chavez a motorist who witnessed the incident.