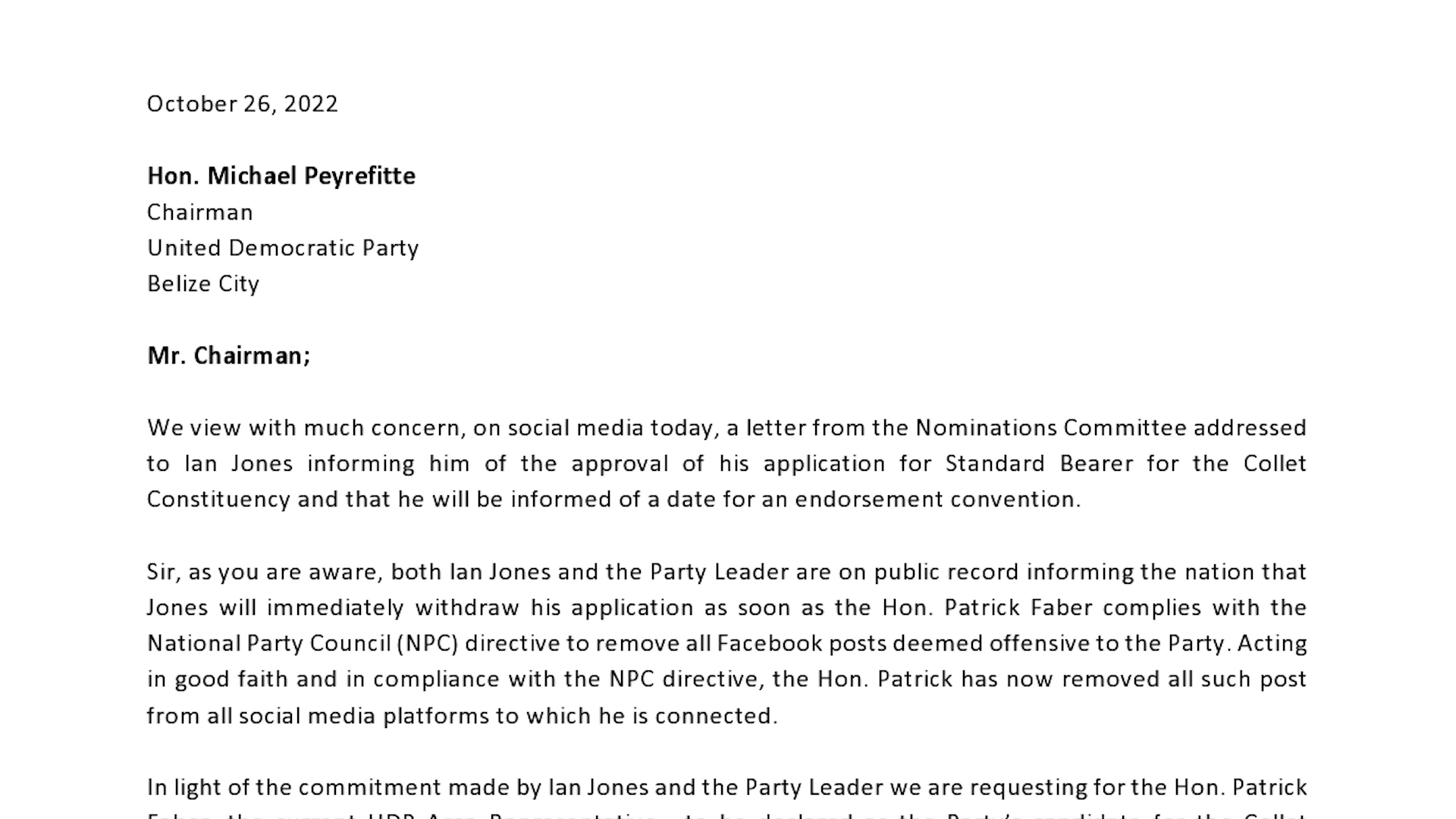 Ian Jones, the former Director of the National Sports Council, will be endorsed as the UDP’s standard bearer in Collet on a date to be announced. Jones is seeking to replace former Party Leader, Deputy Prime Minister and Minister of Education Patrick Faber, who has won the Collet seat for the UDP in every general election since 2003. Faber, under whose tenure Jones was appointed as the sports council’s director, saw his application to be the party’s candidate for a sixth time rejected initially for posts Faber had on his social media. Those posts, said the National Party Council, were damaging to the party. The current leader, Shyne Barrow said in an interview that Jones was willing to step aside to allow Faber’s application to go forward, if he had removed the posts before the September 30 deadline. However, Faber kept up those posts until October 22 saying that he is committed to the mission and principles of the party. Now with Jones’s candidacy pressing forward, it appears the party will move on without Faber in Collet, considered one of the safest UDP seats in the country. This is comes even as Faber acceded to the party’s directive to remove the posts. Vice Chairman Alberto August, who today hosted a press conference outlining the next steps after a failed recall attempt against the party leader, wrote to the party chairman, Michael Peyrefitte today asking that the commitment made to Faber be upheld since he’s removed the damaging posts.  Jones posted on his social profile (quote) “Let’s do this thing Collet! I am ready to listen and lead our constituency into a new era!”