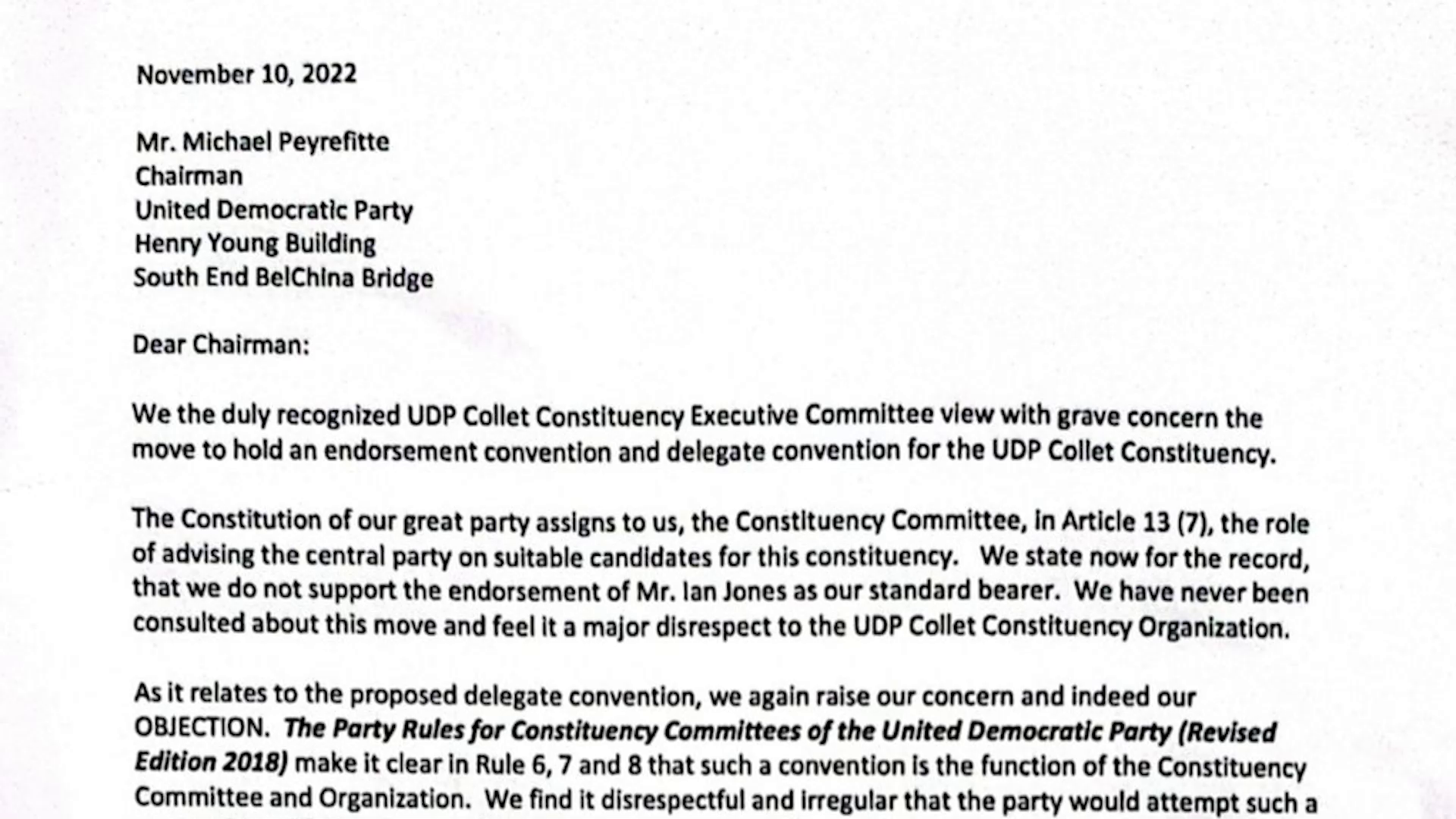 Ian Jones is expected to be endorsed in a convention tomorrow morning at the UDP Headquarters in Belize City. Jones wants to represent the people of the Collet Constituency under the UDP banner. On November 7, Jones posted on Facebook saying “a new Vision for Collet!! I’m inviting all my family and friends from Collet to be a part of the moment!” But his announcement invited eighteen persons to sign a letter dated November 10 which was sent to the UDP’s Chairman Michael Peyrefitte. The letter is signed by supporters of Patrick Faber the current area representative of Collet. The letter starts by saying  “we the duly recognized UDP Collet Constituency Executive Committee view with grave concern the move to hold an endorsement convention and delegate convention for the UDP Collet Constituency.” The Committee says it does not support the endorsement of Jones. In the letter the committee says “We have never been consulted about this move and feel it a major disrespect to the UDP Collet Constituency Organization.” The committee tells Peyrefitte “We bring these concerns to you with the hope that they can be corrected before it’s too late. We pray your quick and immediate response before the close of this week. We remind you of your obligation to do right by us the people of this party.” Love News contacted Peyrefitte for comment and he said “my response to the letter is ‘duly noted’”. When asked for comment Jones said “I’m honestly paying no mind to the distraction. I look forward to my work along with the Executive Committee as the new UDP Standard Bearer for Collet.” Love News also contacted UDP Leader Moses ‘Shyne’ Barrow.