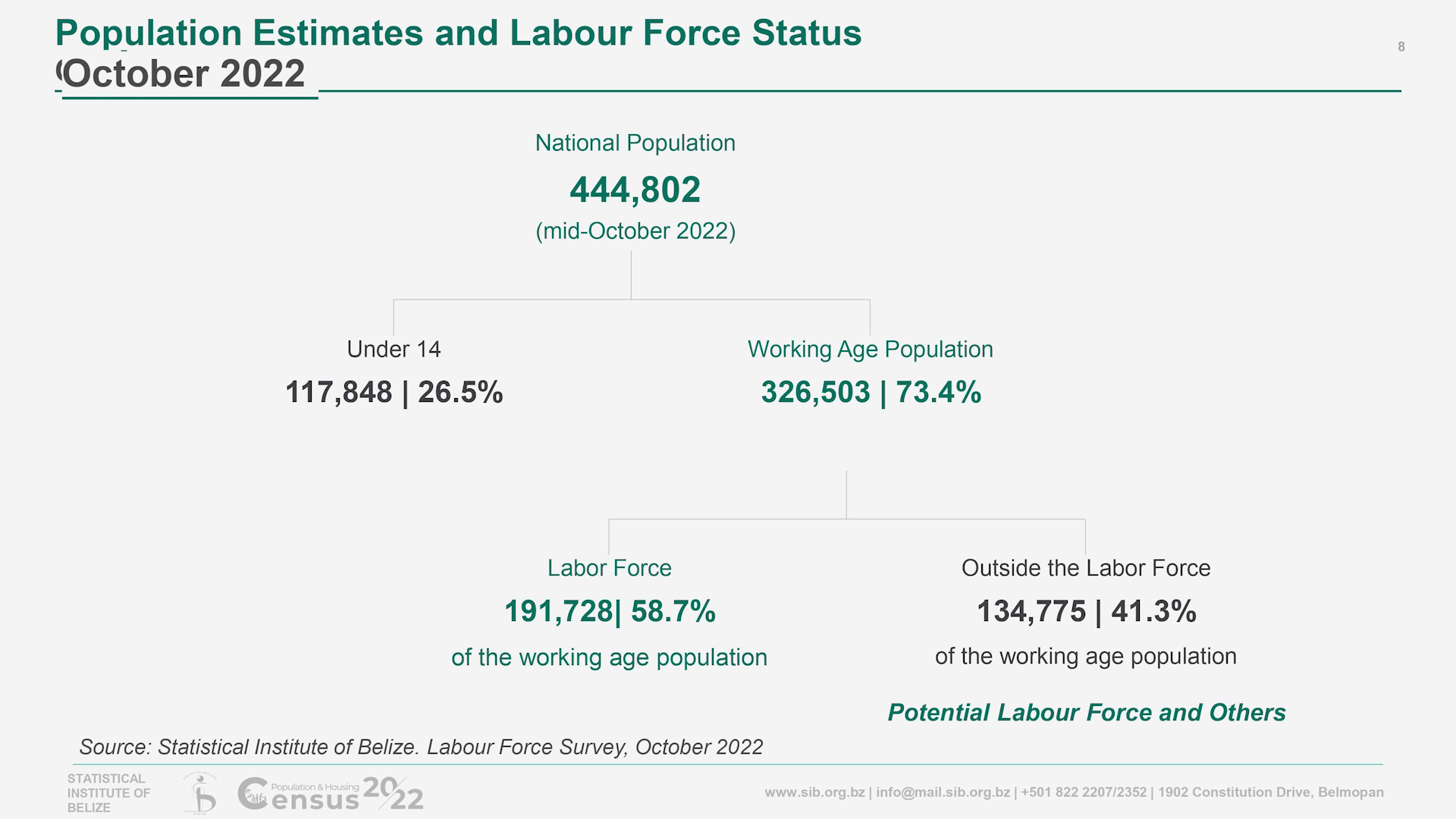 Unemployment is at 5 percent. That’s according to the Statistical Institute of Belize following its October Labour Force Survey. In October 2022, some 191 thousand 7 hundred and 28 people made up the labour force, with about 62 percent being males. Statistician, Wendy Benavides explained more during today’s presentation of the findings. By district, Stann Creek registered the highest unemployment rate at 8.7 percent while Cayo recorded the lowest at 3.5 percent.

The SIB also reports that employed people worked 43 hours a week on average, up from 38.8 hours in September 2021. The average income was 1,357 dollars, which represents an increase of 189 dollars compared to September 2021. The highest income earners were managers and professionals, whose monthly incomes were 2,215 and 2,047 dollars respectively.

The Census is almost done; SIB is working…