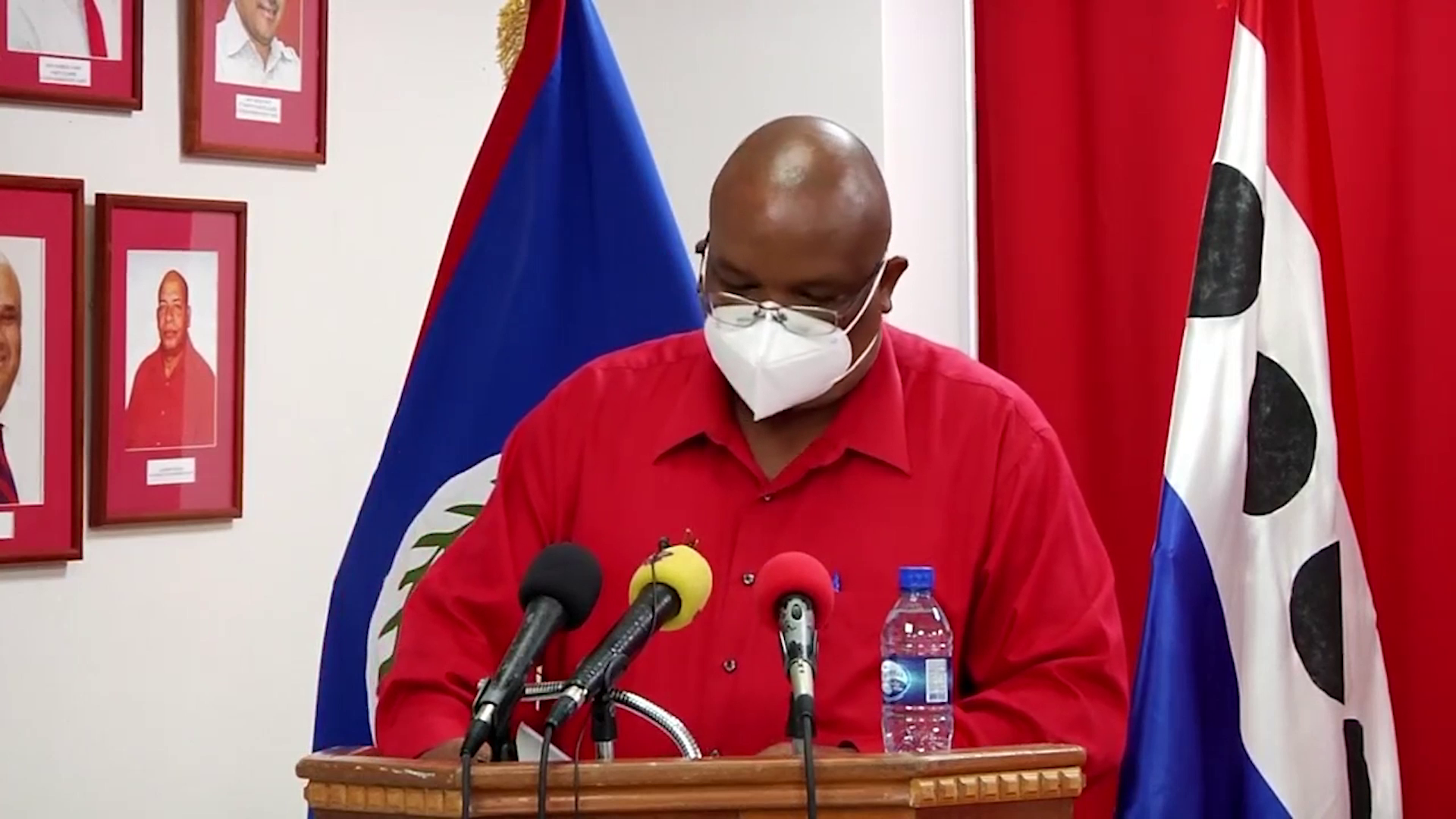 US Secretary of State Accuses John Saldivar of Significant Corruption

John Saldivar is persona-non-grata in the US. That’s because the US Secretary of State, Anthony Blinkin, is tonight accusing Saldivar of significant corruption and says he has credible information of direct or indirect involvement in significant corruption. In a statement, Blinkin says (quote) “Saldivar accepted bribes for the improper acquisition of Belizean immigration documents and interfered in public processes for his personal benefit during his tenure as a government official.” (end of quote) As such, Saldivar’s US visa has been revoked and so has those of his entire immediate family. It’s a serious allegations being made by one of the world’s super powers. Tonight, Saldivar is fighting back, threatening to sue the US government. Hipolito Novelo has the story.

Former UDP Leader and Minister John Birchman Saldivar is being accused of “significant corruption” – “SIGNIFICANT CORRUPTION” – two very heavy words put together to deal Saldivar a deadly blow. And that deadly blow comes from the US Secretary of State Anthony Blinkin who today announced the designation of Saldivar and his entire immediate family. Blinkin’s statement says “Saldivar accepted bribes for the improper acquisition of Belizean immigration documents and interfered in public processes for his personal benefit during his tenure as a government official.”  But nine years ago, on October 31, 2013 Saldivar who was at the time the Minister of National Security told reporters this: John Saldivar, Designated by US Department of State : (Date: October 2013): “And I will repeat since you may not have have gotten that memo I am not in any way involved in any visa scam.”

Reporter: But a legitimate visa in the normal course wouldn’t need a recommendation per se a covering letter from a minister even a generic covering letter.

John Saldivar, Designated by US Department of State : (Date: October 2013): “I have never issued any letter. I have simply called at times to try to see the process through but I have never any letter that has never occurred with me.”

eporter: It’s an ugly question but it has to be asked in the current climate. Is this a service that elected representatives offer that I’ll make a call in consideration not for an inducement but perhaps I need some funding for my summer camp or campaign financing or

John Saldivar, Designated by US Department of State : (Date: October 2013): “No man. Loaded question Jules. Obviously not, that’s not how we operate. We do a service for our constituents and we don’t charge any money for the service that we do.”

aldivar’s designation also has to do with the misused of a U.S.-donated Coast Guard boat for his personal gain. According to the US statement department, acts of corruption such as these undermine Belize’s institutions, processes, and public faith in governance.  Back in 2017, the then US Charge of Affairs was asked about it. Adrienne Galanek, Charge d’Affaires, US Embassy in Belize 2017: “Basically we have been discussing the situation with the Government of Belize.”

Reporter: And that’s all you can say ?

Adrienne Galanek, Charge d’Affaires, US Embassy in Belize 2017:  “Well right now we’re discussing it. They’re aware of our concerns and we also have assurances that the situation won’t occur again.”

Saldivar now goes down in history at the first Belizean to be designated under U.S. Foreign Operations, and Related Programs Appropriations Act, Section 7031 (c) and under this section, officials of foreign governments and their immediate family members about whom the Secretary of State has credible information are ineligible for entry into the United States. That means that the US visas of Saldivar and his entire immediately family- Darlene, Johnelle, Jevoughn and his minor child, have been revoked. When the news broke, Love News reached out to Saldivar for comment but there had been no response then. But one Belmopanese says Saldivar was spotted at the meat market in Belmopan and that he looked defeated as if he already knew… but later today Saldivar posted this – a 251 word, 10 sentence response in which he denies all accusations of corruption- like he did when he was interviewed by News Five: John Saldivar, Designated by US Department of State (Date August 2022,- Courtesy News 5): “Not accused of corruption so let’s stop that right bloody there. I was never accused of corruption. I was accused of receiving campaign contributions from somebody for my community and it was never proven in any court of law that I did anything illegal.”

But now the US Government is accusing Saldivar of accepting bribes… and the office of the Secretary of State says that it has (quote) “credible information of direct or indirect involvement in significant corruption, or a gross violation of human rights” (end of quote) and the US government won’t make such an accusation without undeniable evidence.

In his response Saldivar threatens legal action against the US Government. He says the designation is “completely out of left field, baseless, and malicious.” Saldivar says (quote) “I am at a loss as to why the State Department would want to target me and my family and without providing absolutely any evidence to explain their conclusion. No due process has been observed, no contact has been made with me, no evidence has been provided to me, but the mighty United States has chosen to impugn my character and malign my reputation.”

He goes on to say (quote) “I cannot begin to guess what or who may be behind these malicious allegations and who could be so powerful to get the State Department to invoke such a declaration.” (end of quote)

According to Saldivar, he is consulting with his attorneys and knows that he will need a US attorney to fight this in the US if he so wishes.  But that for Saldivar might be as impossible as now setting a foot in the US because designations like these have overarching implications.

And as for his political career Saldivar optimistically says (quote) “I will not allow these unfounded and malicious allegations to drive me out of politics. My resolve is even stronger now.”  (end of quote)

The Opposition Party is saying that it (quote) “it denounces corruption by Government Officials in any form.  We treat very serious the allegations of corruption being made by the U.S. State Department against former Minister John Saldivar. Notwithstanding our zero tolerance of corruption by public officials we must be guided by the fundamental principles of due process and in the Belize Judicial system all are innocent until proven guilty. The Opposition will take steps to gather all the facts presented by the U.S. State Department and the accused as we determine the way forward to implement our anti corruption policy in a fair and just manner demonstrating to the Nation we have zero tolerance for corruption.” End of quote