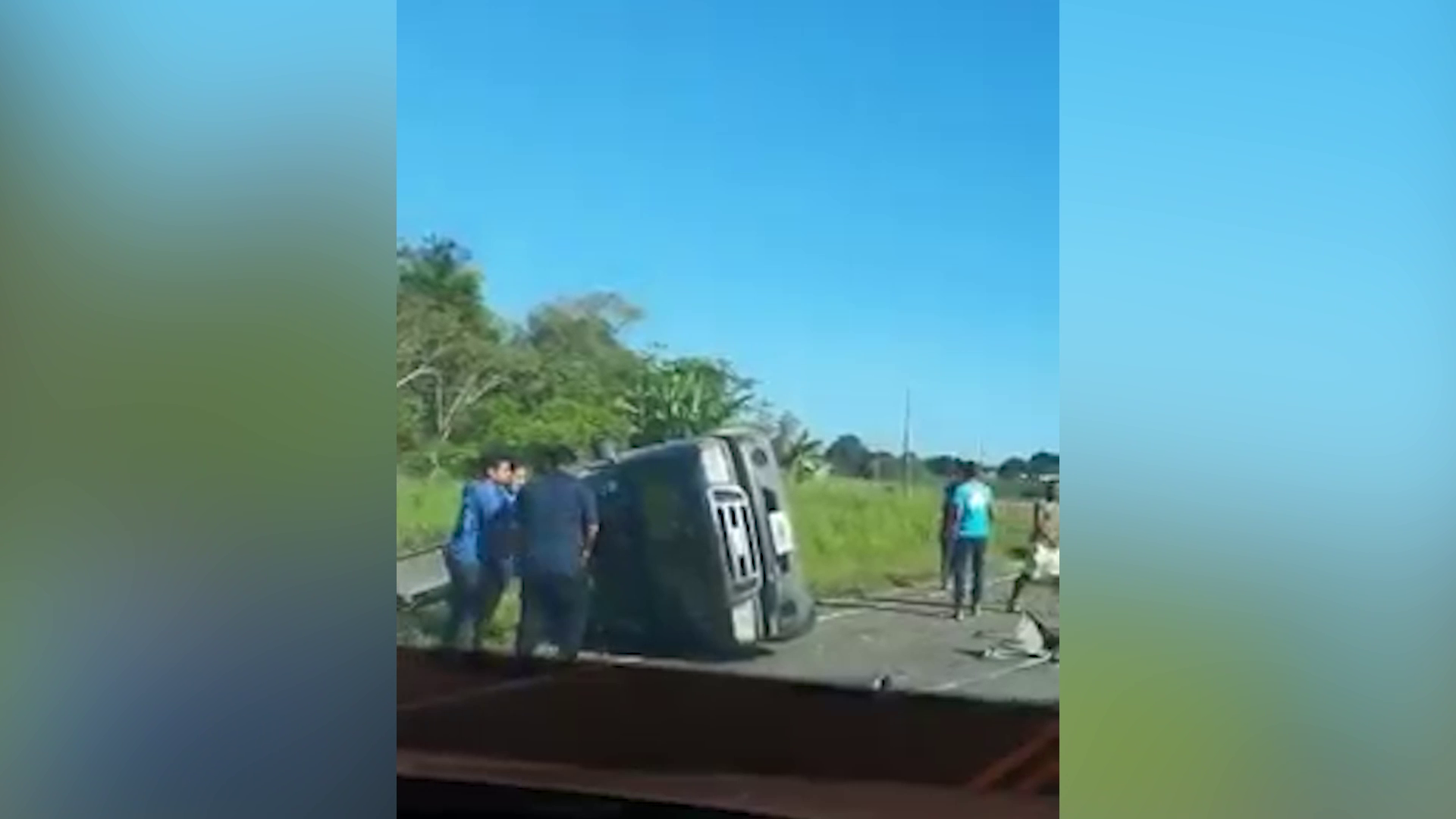 Vehicle collision in southern Belize cost a man his life

Police say they have detained two people for questioning in connection with a vehicular collision, which happened in southern Belize. The crash, which involved a truck and an SUV, resulted in Noe Constante being flung from the truck’s pan and onto the road, where he died on impact. ASP Fitzroy Yearwood explained what investigators have thus far determined. ASP. Fitzroy Yearwood, Police Press Officer: “Officers responded to a report, this was where Noe Constante he was flung from the back of a pick up that he was traveling in and died on the spot. We know that the driver of that vehicle was one Mr.Long Fe Li and we know that police have since detained another driver. It was between a Nissan Frontier pick up and a Nissan Rogue, a collision between those two vehicles where Julio Monterosa the driver of the other vehicle was charged by police yesterday because they believe that he caused the accident. He was charged for manslaughter by negligence, cause death by careless conduct and failing to provide specimen to the police. He was also charged for drove motor vehicle without due care and attention. I know that this person was to appear before the court this morning. Like I said this accident took place on the Southern highway indeed and he was deemed to be at fault for that accident.”

Phishing Scam not quite in rear view; Heritage…

Police probe road accident in the north, which…