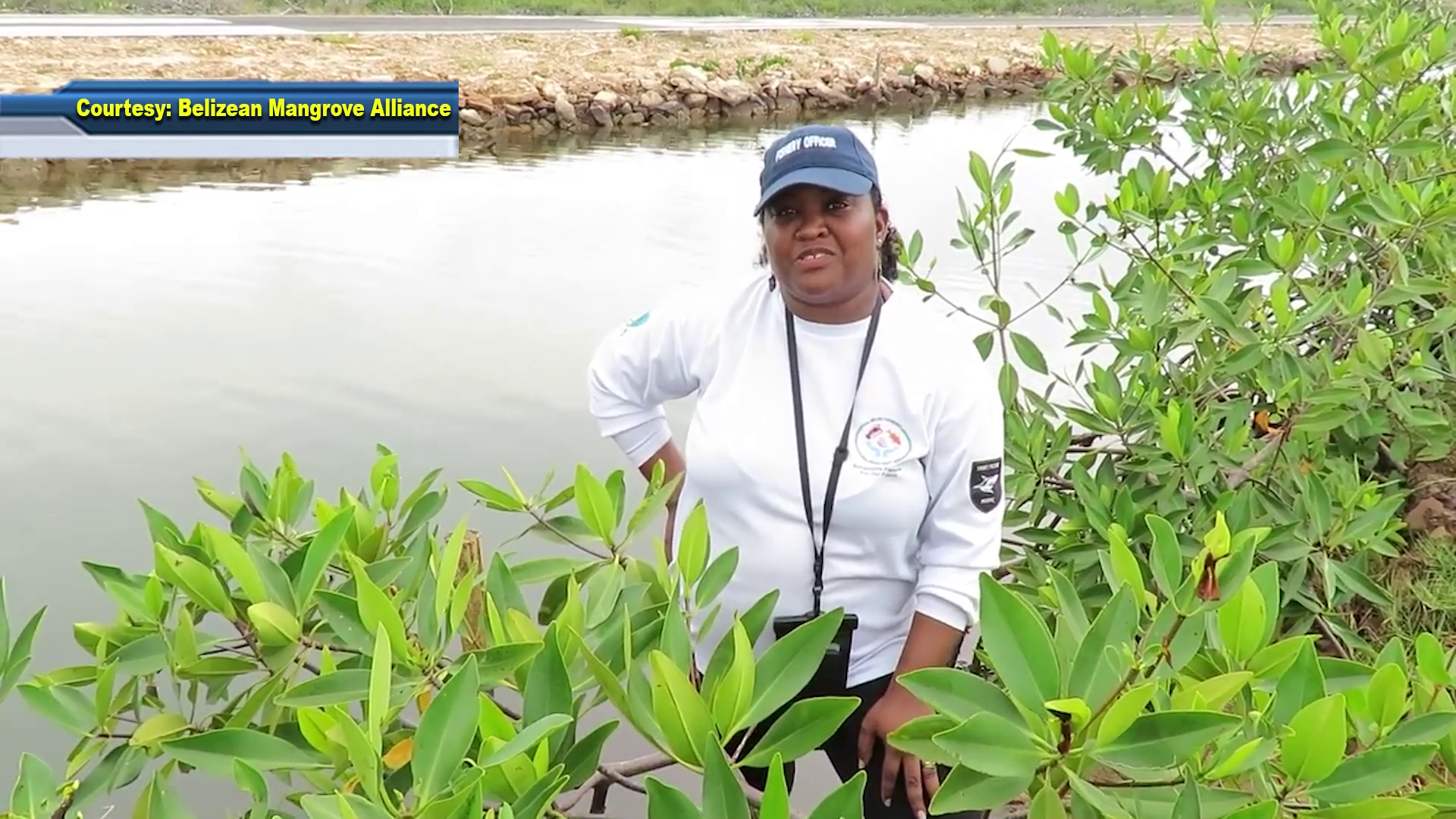 As we told you, hope faded over the weekend when Vivian Belisle-Ramnarace died after she, her husband and in-laws were shot on New Year’s Eve in Belmopan. As police investigate the murder of the Ramnaraces, the outpour of sorrow was swift, with many of the couple’s friends certain that Vivian would survive. Now, the former fisheries officer is being remembered as an unsung hero in conservation causes and an overall good friend. Dale McDougall reports. Vivian Ramnarace: “They’re very important to the fisheries sector as they provide a nursery habitat especially for our commercial king fish species and other commercial species such as spiny lobster.”

Dale McDougall, Love News: Vivian Ramnarace in her own words, explaining the importance of mangroves to Belize’s fish stock. As a fisheries officer, she was one of many unsung heroes, who’ve shaped our understanding of why these environmental issues matter. Former Fisheries Administrator, Beverly Wade says Ramnarace’s inputs were factored into some key legislation. Beverly Wade – Former Fisheries Administrator: “We’ve passed legislation to meet our World Heritage commitments that Vivian coordinated legislation for mangrove protection for instance it was one of the areas that Belize had to show some institutional legislative changes but even more recently from the Blue Bonds perspective under that agreement we have several milestones that we were supposed to meet. We have delivered three milestones so far and both milestones one and milestone two, one being the expansion of our marine protected areas and also milestone two which designated all our remaining national lands within the World Heritage property as strict mangrove reserve Vivian was a part of that core team putting that together.”

Dale McDougall, Love News: Her field work and advocacy for mangrove protection was just one of many achievements in natural resource conservation. She was also an important part of efforts to protect the Barrier Reef, a UNESCO World Heritage Site.

Beverly Wade – Former Fisheries Administrator: “She was also very much part of the fisheries policy unit and that allowed her to be one of the leads especially when it came to the management and the conservation of our World Heritage site the Belize Barrier Reef World Heritage property. As a matter of fact Vivian was one of the local leads in coordinating the removal of Belize from the list of sites that was then placed on the danger list.”

Dale McDougall, Love News: But more than a champion in this fight, she was able to create allies in the cause. She’s even credited for getting her late husband, Jon involved also, as Wade recounts

Beverly Wade – Former Fisheries Administrator: “We actually developed a very close friendship also and that allowed me to be exposed to her family. I knew both John and I know their daughter Kaitlyn and I would dare say that John’s introduction and segue into the conservation world is really because of Vivian’s influence. John got involved because of Vivian and I think that’s Vivian. Vivian she was a person that was full of humility but she had such an infectious personality that she was excellent with stakeholders, with friendships, with people.”

Dale McDougall, Love News: That drive to serve – and a zest for life – Wade says is the reason why so many of her colleagues were surprised to learn that she had died fifteen days after that violent night. Ramnarace and her boss and friend talked that very Sunday.

Beverly Wade – Former Fisheries Administrator: “When Vivian came out of it we were all looking forward to her recovery really and so the news on Sunday was now devastating because it was like we had crossed the hurdle really and it was when she would have recovered and she was always positive, always positive about how she was doing and trying to keep everybody around her positive.”

Dale McDougall, Love News: That infectious positivity and light shall be missed and while the wheels of justice move to figure out who killed her, her husband, Jon and her brother-in-law, Mikey, her life will serve as an inspiration.

Beverly Wade – Former Fisheries Administrator: “My memory of Vivian will always be the fact that she’s a champion and she’s a champion that I could actually and not only myself but Belize and internationally could actually point to key milestones and achievements that she has been a part of. She as I said she was the consummate professional and especially in the world that is still very much male dominated she serves as a perfect example for all young women.”

Dale McDougall, Love News: The GoFundMe page is still active as the family has expenses… and now that the violence has caused such havoc, her spirit lives on.

Is their outside interference in the Ramnarace triple…