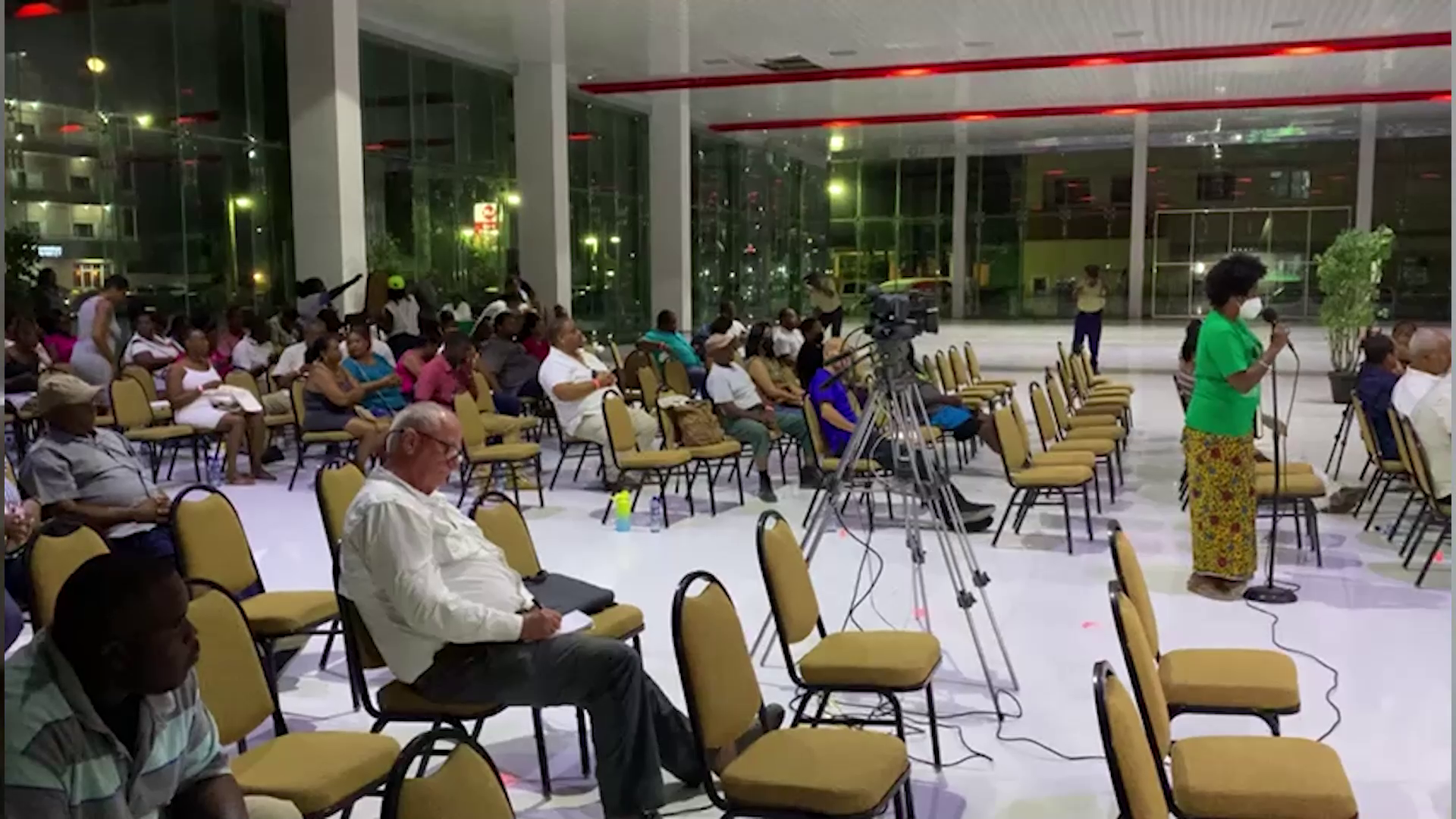 Waterloo’s port expansion project heavily promotes the introduction of a new cruise ship terminal in the city. This has many members of the public wondering why the company is trying to forge on with this portion of the project when there is already one established cruise ship port in the city, and another one already approved. The project proposes for the cruise facility to have access to shoreside berthing which local environmental consultant, Allan Herrera, says is essential for Belize to keep up with the international cruise lines that are phasing out tendering. He adds that it also allows tourists to provide a greater stream of revenue directly into the city. Local Animal Rescuer, Gordon Kirkwood challenged this stance. Gordon Kirkwood, Animal Rescuer: “I agree that shoreside birthing is needed. But shoreside birthing doesn’t mean the mainland. Harvest Caye is a perfectly viable cruise destination if it wasn’t the big cruise line NCL would not do it. So I challenge you because you say there’s no other way of doing it but already there is Port Coral being developed and online in February and the port of Magical Belize further south is on the mainland so why should we skip over all of those things that have already been approved and construction almost totally constructed one case and choose your project which isn’t approved yet.” Allan Herrera, Environmental Consultant: “It’s not coming from us that the country needs shoreside birthing. It’s comin from all the independent studies that have been commissioned by the Government of Belize. There are many studies that are saying that shoreside birthing is an inevitable consequence of the cruise tourism industry in the sense that that is what is the presence of the cruise operators. It is written, I have seen these reports. I have been hearing about this since the early 2000s. I think it is around then so almost twenty years and it’s been held sacrosanct that this is where the industry needs to go. If you have shoreside birthing and we made the case very strongly for this it means that visitors are able to spend several more hours in the country. So they’ll be able to go to places that they can’t go right now within a regular call window which means they can go farther and they can subscribe to business establishments which are not subscribed now.” Dr.Dionne Chamberlain, Social Impact Consultant: “The reality is, and for all of you who are sitting in the room, knows that a Harvest Caye is a destination where everybody from the cruise ship lands there, they stay there, they eat there, they drink there, they get everything done there and all the money is returned to the cruise ship back to the US. The reality is that if we’re gonna have cruise ships coming into Belize we as Belizeans have to gain something out of it. We ought to get hair to braid, we ought to sell our food from our little shops, we ought to share our Belizean authenticity and the diversity that Port Loyola has to offer and people in Port Loyola need a different class and quality of life. They deserve to have businesses being built up, entrepreneurial opportunities, a dual carriage way road that will get their children safe and people away from the congestion of the port right now and have a better quality of life.”

According to Herrera, the project will see the arrival of larger cruise and cargo vessels which are cleaner and less polluting to the environment. Herrera explains that there will be a reduction in sulfuric and nitrogen emissions as a result of this. But, Kirkwood and Melina Melhado, want to know what data backs this up.

Gordon Kirkwood, Animal Rescuer: “You’re just talking about the cargo terminal. You have to realize that when cruise ships come in to port they have to keep a whole thousand bed hotel running in the middle of your port and they have to provide their own power to do that so they burn marine diesel or marine fuel oil not always the best fuel oil. So while the cargo ship will almost totally shut down in terms of power a cruise ship uses a great amount of power and consequently puts a great amount of sulfur into the atmosphere. So this is somewhere where the ESIA is unfortunately wrong.” Melina Melhado: “You mentioned that the vessels, the cruise vessels that will be hailing are cleaner vessels. What is the data that backs this up and when you say cleaner do you mean cleaner compare to what ? What are you comparing that to ? The current pollution levels of cruise ships in Belize compared to the projected cruise pollution levels fo your project in conjunction with the other two cruise terminals that are all already approved Port Coral and Port Magical.” Luis Prieto Munoz, Project Lead, Piedroba Consulting: “The reality is that the cruise line, the cruise industry is very eco conscious. It’s an industry that has ambitious and very well publicized ESG standards and these are something that they’re pursuing essentially across the board. What we’re seeing now as opposed to what we’ve seen in previous years is a transition to lower sulfur fuels and to more fuel efficiency per passenger transported. The major intent with the shoreside birthing operation is to allow for larger cruise ships to come into the port which are not currently able to access Belize because as for example Yellow mentioned earlier there are extreme limitations as to how large a vessel can be effectively tendered. So once you go to a shoreside birthing operation which permits for the larger Oasis class and modern type ships you are going to be transporting passengers for much lower greenhouse gas emission load when compared and that was the other part of your question is what are we comparing it to, it’s when compared to current industry standards of the vessels that are calling to port in Belize City as well as the older fleet of vessels which we’ve been seeing in previous years. You may recall one of the primary headlines during the pandemic was that the large cruise lines in many instances were scrapping some of their older ships because the new standard is to go to these larger more fuel efficient ships which satisfy ESG standards to which all these cruise lines, which are all for the most part publicly traded companies and have very exigent ESG standards that they’ve all committed.”

PBL CEO Talks About the Importance of Public…

Waterloo Back for Second Round of Port Expansion…