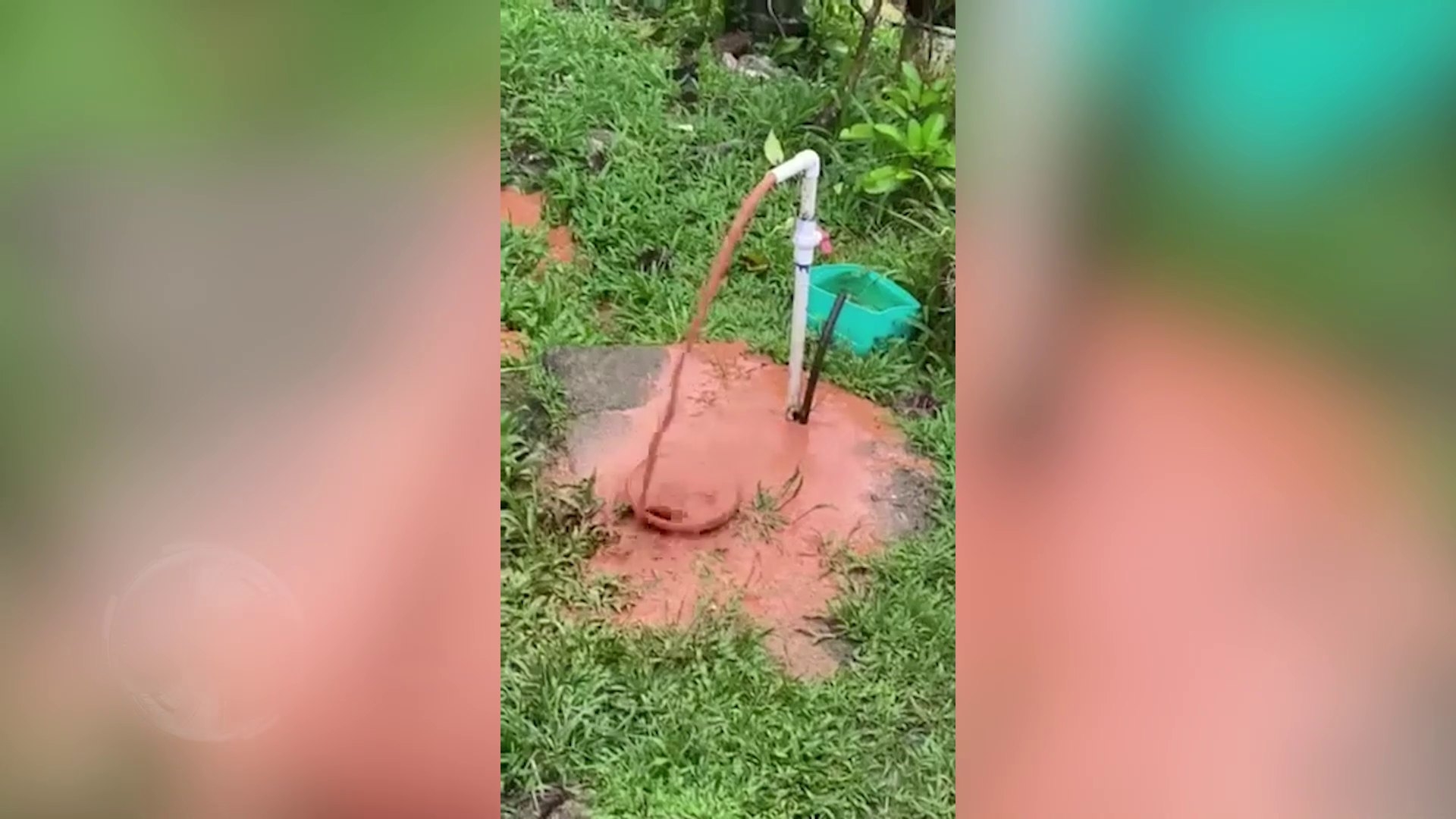 What is Happening to the Water in Alta Vista Village?

The villagers of Alta Vista Village, Stann Creek are expressing great concerns about the current state of the water. For the past two months, residents have been noticing the running water becoming increasingly discoloured. Love News asked the Minister of Sustainable Development, Orlando Habet, about this issue that has left dozens of homes without clean running water. According to Minister Habet, a private company purchased a property in the village where the dam is located. The landowner hired a contractor to clear the land that he wants to use for planting; however, the contractor graded the land too much which eventually led to erosion. He explains more. Orlando Habet, Minister of Sustainable Development, Disaster Risk Management and Climate Change: “We are aware of it. Actually Minister Ferguson had brought it to our attention maybe about a month ago. We have sent three different teams to the area in Alta Vista. Two times teams from the Forestry Department went and I think this past week another team that included the Department of Environment with Forestry that also went to look at the area. Unfortunately for the first two times they went they didn’t meet the owner he was out of the country and apparently what has been happening is that he has a private property that he bought. He has been in Belize for about sixteen years, that’s my understanding. He has been planting teak and is getting into coconuts and so he was clearing some land to be able to plant his coconuts. The report we got says that he has fourteen thousand coconuts ready to plant, already has the seedlings and he has a large nursery with teak trees which is already wanting to plant. We were also informed that he is well known within the community of Alta Visa he is known. Apparently he has been in the community for some time as I mentioned sixteen years but also that he accordingly the report says that he had hired someone with a machine to clear the land to make a road actually to give access to some of the farmers in Alta Vista but because of his absence the person went beyond what he was required to do, caused some erosion with the rains water went into the dam where the water is collected for feeding and providing water for the residents of Alta Vista. We were also made to understand that half of the residents of Alta Vista get water from this dam. The dam is in Mr.Lacroix’s property so it is in his property but it is owned and managed by the village council and the village water board. So what the Department of Environment did was that because he needed environmental clearance because of the slope he was given a stop order and in the mean time I think the water is now clearing up. We asked him to collaborate with the community and he promised to purchase a large water tank to be able to fill up the water from Billy Bacquedeer to supply water for the community.”

Love News spoke with one of the residents, Norma Mendez, who has been living in the village for about a decade. Mendez says that it is normal for the water supply to become a little bit discoloured, especially during periods of incessant rain; however, it has never gotten to this extent until now.

Norma Mendez, Resident, Alta Vista Village: “It has been very uncomfortable because we’re not able to wash our clothes especially our white clothes. We’re not able to cook with clean water, we’re not able to shower. It’s very uncomfortable to be living in these conditions. You know needless to say just on Christmas day actually you know when everybody is preparing their meals and stuff like that to be with their families we couldn’t even do that because the water was red mud like pure mud. So it’s very sad to know that this thing has been going on and no one has actually done something to alleviate it or given us some kind of I don’t know maybe some kind of help towards alleviating this issue. There are times when the water is really muddy like the video I sent but then there are times – when it doesn’t rain, well here it rains almost every day so that’s what is contributing also to the issue so when it rains that’s what causes the mud to run off and run into the dam. So when it doesn’t rain then it’s not much but the water is still not 100% clear. So we try to do what we can, we work with it that way just to do the washing but we can no longer drink that water, it’s no longer safe to drink so now we have to purchase purified water to drink or when the water gets really bad unfortunately we have to seek help from the neighbors because we have neighbors that get water from the other souce so we have to like go to them and then ask them for water so that we can maybe take a shower or wash our dishes or stuff like that. So that’s how I’ve been coping with it. It’s something that’s been going on probably from in the month of November because we started December and we already had the issue. We were trying to prepare for Christmas and we had this issue going on. My kids go to school, my husband is a teacher and their uniforms are white we cannot wash our white clothes with this water there is no way. So we have to run to the neighbor and ask them for a little bit of water to be able to wash our white clothes and try to save them from the water that we have at our house.”

Fire in Alta Vista is a critical safety…