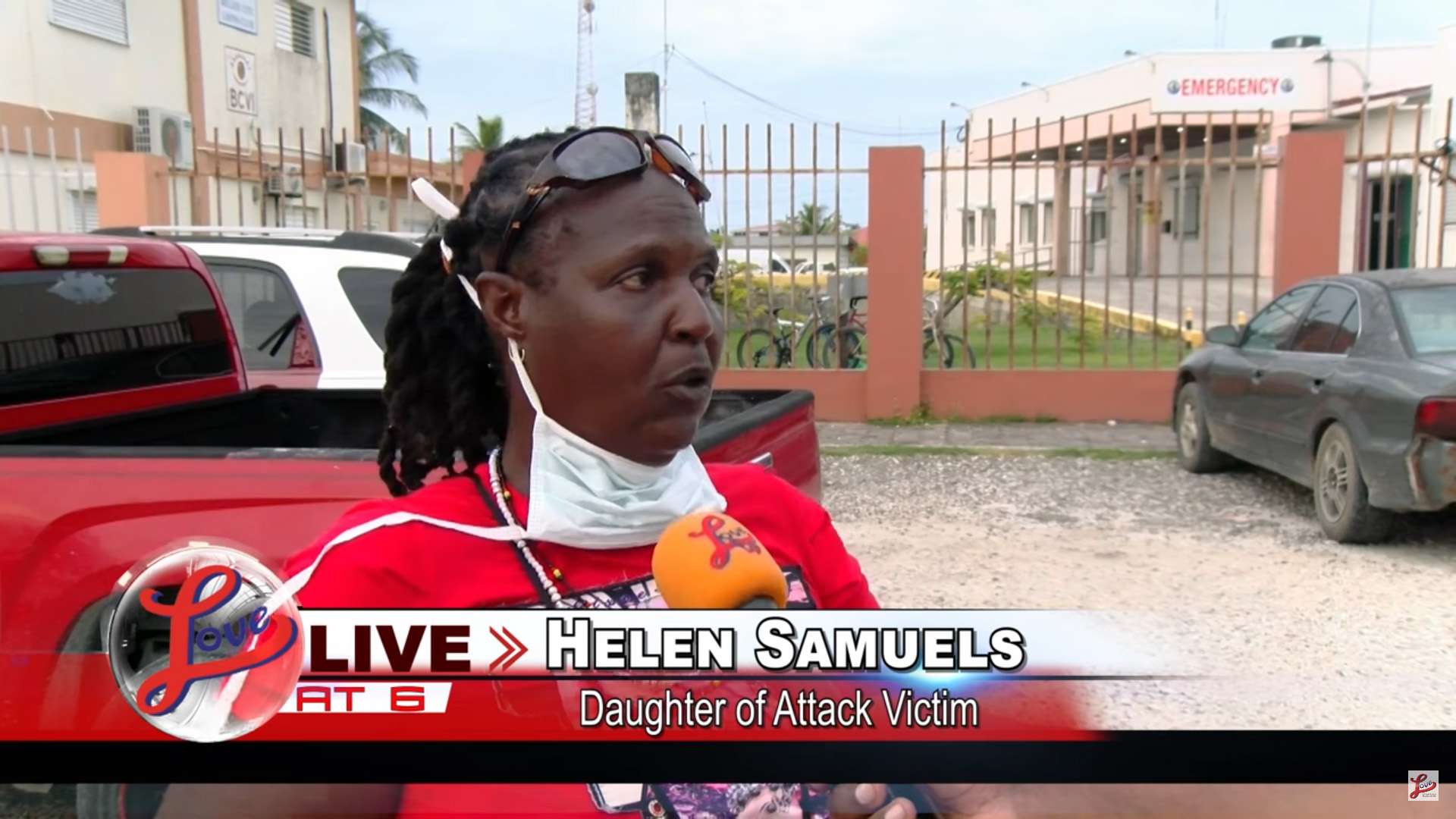 A woman is hospitalised this evening at the KHMH in Belize City after being attacked on Sunday night. 34-year-old Sherean (sherry-ann) Tracey sustained injuries in an attack, her mother calls a case of attempted murder. As we understand it, Tracey was attacked by the son of a woman, who she’s friends with and had it not been for a Good Samaritan, Tracey would not have gotten the medical attention as fast she did. Tracey was admitted to the hospital in an unconscious state and only just today began speaking to family. A very emotional Helen Samuels spoke to Love News late this evening about her daughter’s situation.

Helen Samuels, Daughter of Victim: “My daughter has this friend that she is going out with and this friend has a son you understand me. As I told you I don’t know what occurred, why it happened but they say that it’s him. They said that she sent her son to deal with my daughter and that is how her son dealt with my daughter, beat up my daughter in her face and it’s only in her face he did it to my daughter. I heard he punched her down first and then when he punched her down he stomped her up in her face. He is talking it. He is out there talking it with his own mouth that he did it. He is out there talking it so I really want them to deal with him for me. We went to lodge the complaint because she just recovered so I went to the station this morning and I gave the complaint, they gave me a medical form and I brought it here and I am waiting for the doctor to come to make the doctor sign the medical form to take it back to the police station for them to deal with him. Because she has to give a report but I have to wait until she can walk well for her to go and give that report.”

Reporter: And she knows who her attacker is.

Tracey remains hospitalised this evening and as Samuels explained, they are awaiting the results of a CT scan to determine if she’s well enough to go home.